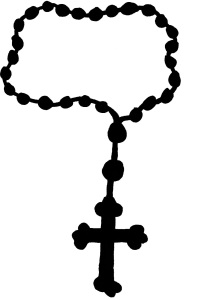 To date, I’ve been a huge fan of all three of Jeff Baena’s features as a director. I was even an unwitting devotee going as far back as his first writer’s credit on the required taste absurdist comedy I ❤ Huckabees. Besides consistently collaborating with Aubrey Plaza, however, there’s no solid pattern to his output as an auteur. The zom-com Life After Beth & the bachelor party from Hell black comedy Joshy have a vaguely similar dedication to bleak humor in the midst of a romantic fallout, but don’t resemble each other in the slightest in terms of genre, plot, or tone. With his latest film, The Little Hours,  Baena even leaves his usual bleakness behind for an entirely different kind of dark comedy altogether. Profiling the sex & violence pranksterism of nuns running wild in a Middle Ages convent, The Little Hours finds Baena at his leanest, funniest, and most visually beautiful. Not only is his latest film an unbelievably tight 90 minutes of blasphemous, hedonistic hilarity; it’s also a gorgeous indulgence in the grimy, sunlit beauty of 1970s Satanic horror & nunsploitation cinema. I swear Baena improves with every picture.

Aubrey Plaza, Allison Brie, and Kate Micucci star as a trio of “tough & violent” nuns bored out of their minds in a 14th Century convent. As a period piece, the movie makes several subtly played points about how young women without proper dowries were dumped into these religious institutions when their families became irritated with their presence at home & how class determined their place in the convents once admitted. Mostly, though, the film is a nonstop bacchanal reminiscent of the second half of Ken Russell’s The Devils or a sex comedy version of The Witch. Their lives are mostly an endless routine of dutiful prayer/domestic chores being interrupted by devious experiments with getting drunk, making out, flirting with black magic, and beating a poor farmer with his own lousy turnips. Their juvenile acts of depravity & vandalism become more focused with the introduction of a deaf, mute hottie played by Dave Franco, but the movie is mostly an episodic catalog of wild, vulgar nuns’ misbehavior. This slight, but eccentric dynamic works exceptionally well thanks to the immense comedic talent of the three leads, who rarely get as much freedom to cause havoc as they do here.

Based on one isolated section of the 14th Century text The Decameron, The Little Hours more or less lives up to the diminutive modifier of its title. Brevity is healthy for a comedy, though, and although the film is obviously informed by improv experimentation, it’s sharply edited down to its most bare essentials in a way more modern comedies could stand to be. At a lean 90 minutes and armed with the idyllic Garden of Eden sunshine of a sexed-up European “art film” (softcore porno) of the hippy-dippy Satanic psychedelia era, The Little Hours might just be both the best traditional comedy and the best period piece I’ve seen all year. I especially appreciated the opportunity it affords Micucci, who is usually cast as a reserved nerd, to run absolutely feral among her more seasoned vets of chaos castmates. It’s also wonderful to see Baena let loose from his usual high-concept, emotionally dour black comedies to deliver something much more unashamedly fun & light on its feet. As always, I look forward to whatever unexpected project he’ll deliver next, but I don’t think I’ve ever laughed as hard or been as visually in awe of his work as I was with this release.