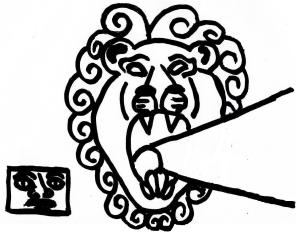 I was washing dishes this Thursday afternoon when I was unexpectedly alerted that Prytania Theatre was going to screen Cinema Paradiso for free in a half-hour’s time. I dried my hands, crated the dog and sped Uptown just in time to take my seat among the little old biddies and stray college students just before the movie began. With no time for Google or IMDb before I ran out the door, I went into the movie completely blind. All I knew was that it’s one of those foreign titles synonymous with phrases like “Oh man that’s a classic” and “How have you not seen that yet?” Oh man. It was a classic. How had I not seen that yet?

Cinema Paradiso is a movie about movies, cinema about a cinema, art about art. It’s one of those rare films that attempts to provoke every possible response in its viewers (laughter, tears, heartbreak, frustration, unbridled joy) and succeeds consistently. As the audience watches the story young boy grow into an old man, they also watch a history of how audiences have engaged with film over the course of decades. When we watch Cinema Paradiso, we watch the way people watch movies. At the beginning of the film the Cinema Paradiso’s audiences basically riot throughout the pictures. Towards the end they sit in rapt silence.

The audience at Prytania that day was anything but silent. They weren’t the masturbating, shit slinging, drunken near-rioters of Cinema Paradiso, but there was some audible chatter throughout the movie in the seats behind me and a full-on celebration in the lobby that could easily be heard through the dividing curtains. The Prytania was screening free movies that day and was gearing up for an afternoon block party to commemorate its 100th anniversary. As the oldest operating cinema in New Orleans and the only one in its neighborhood, it’s way too easy to draw connections between the Prytania Theatre and the titular Cinema Paradiso. Just as the Cinema Paradiso grows with & serves its Sicilian village, Prytania is a cultural mainstay of Uptown New Orleans. They planned on screening the film a second time later that night at the block party, the same kind of outdoor community screening Alfredo stages in the film.

Before the afternoon screening I attended began, Prytania’s 93 year old operator Rene Brunet told the following anecdote: When the one-screen theatre first ran Cinema Paradiso in 1989 it played for over six weeks, upsetting the locals (presumably the college kids) enough to picket the theatre to finally move on & play another movie. It’s the exact kind of episode that would’ve happened in the film itself, although presumably more tame.

The meta experience doesn’t stop there. When Cinema Paradiso was first released to an American audience, the undisputed king of cinematic self-sabotage Harvey Weinstein cut a full 51 minutes of footage from the Italian original (a tactic he almost repeated with last year’s Snowpiercer). The streamlined cut is the one that played at Prytania this Thursday, but it’s also the one that played in its original extended run at that cinema, as well as the one that earned the Oscar for Best Foreign Film. Oddly enough, Roger Ebert himself contended that the Weinstein cut is “a better film than the longer.” Whether or not that is true, it’s still hilarious to me that drastic edits were made to a film that depicts a priest making drastic edits to other films as one of its thematic lynchpins.

The programming choice to celebrate Prytania’s century long history with Cinema Paradiso was wholly perfect. It was the story of New Orleans’ most significant one-screen cinema examining itself by revisiting the most significant story of a one-screen cinema around. They could’ve played a more tragic (but just as potent) work of cinematic navel-gazing like 1971’s The Last Picture Show or last year’s Life Itself, but that would’ve undermined the reason we were all there: a celebration. Commemorating Prytania’s first 100 years with Paradiso left me with the hope that it will last at least 100 more. There was no  better way possible to celebrate the movies than to watch people watch movies.