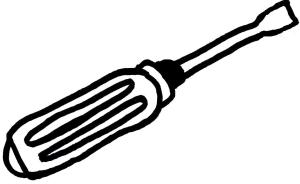 I recently had a goofy good time with Blair Witch director Eduardo Sánchez’s found footage Sasquatch movie Exists. I had so much fun with it in fact, that after reviewing the movie I wrote a second article detailing how to play the Exists drinking game. Exists isn’t exactly a laugh riot, but it was the kind of goofy, straight-forward horror flick that’s best served after midnight with a few game friends & a couple cocktails. Knowing nothing of the film’s plot or tone, I foolishly expected a similar experience with Sánchez’s gritty ghost story Lovely Molly. I was way, way off. Exists did nothing to prepare me for the emotional brutality of Lovely Molly. It turns out the cycles of child & substance abuse make for much more disturbing & much less campy horror movie fodder than Bigfoot. Go figure.

Similar to the way Possession turns the real life-horrors of divorce & romantic separation into dangerous, supernatural forces, Lovely Molly makes a monster out of child abuse & heroin addiction. When the titular protagonist and her newlywed husband move into her childhood home, demons of her past rise to the surface and begin to affect the physical world. Molly’s personal confrontations with her history of substance abuse & the hideous details of her youth start small. At first she’s getting stoned with her equally traumatized sister, the two adult women giggling, “I can’t believe we’re smoking weed in Mom’s kitchen.” The drug use escalates from there, as does Molly’s frantic mood as she’s left alone in a space where she used to suffer hellish acts of cruelty. Her husband becomes frustrated, the way loved ones of victims & addicts often do, confessing “I love her. I just don’t know how to help her.” Family, religion, and modern medicine all fail to slow the horror of Molly’s descent into the brutal cycles of abuse. Her sister desperately asks her, “Why did you have to move back into this goddamn house, Molly?” but it’s as if she had no choice. The house has an overwhelming draw for her, which eventually leads to a body-count, supernatural occurrences, and the unconventional use of a screwdriver.

Instead of telling the story entirely in a found footage style (à la Exists or The Blair Witch Project), Sánchez employs a mixture of professional cameras & camcorder footage here. The camcorder footage is mostly used for a chilling atmospheric effect, but still manages to serve the film’s central theme. Molly is compelled to record the horrors of the houses’ ghosts in fear that no one will believe her, which is a terrifying thought, considering her past. The film also uses an intense, roaring sound design to represent threats that cannot be seen, but this isn’t the completely obscured horror of Blair Witch either. Violence, gore, and the like are used sparingly, but effectively as the situation in the house deteriorates. Despite the lackluster acting (Molly’s boss is particularly awful) & limited scope inherent to Sanchez’s low-budget productions, Lovely Molly is a hauntingly disturbing picture. This is far from the goofy midnight movie of Exists, if not only because it portrays a horrifying threat that actually exists.