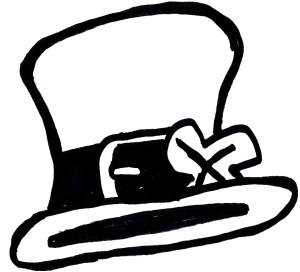 It was difficult not to go into Leprechaun: Origins without very specific expectations. Given its pedigree as a WWE Studios horror film starring little person pro wrestler Hornswoggle as the titular leprechaun, a role once played by a wisecracking Warwick Davis, it’d be fair to assume you know everything about the film before you even watch it. If you follow the WWE on a somewhat regular basis you might know Hornswoggle as a sort of a walking punchline. The performer is less recognizable for the quality of his wrestling performances (like, say, El Torito) and more for being involved in some of the promotion’s all-time worst storylines, such as ones where he was revealed to be Vince McMahon’s illegitimate son & the Anonymous Raw General Manager. Thanks to this kind of groan-inducing little person humor that Hornswoggle’s usually used for, it’s even already easy to picture him in the leprechaun costume (or to just Google image search it) and just sit back waiting for the Warwick Davis-style quips to be plugged into the script.

I’ll give credit to WWE Studios for this: they most definitely subverted my expectations here, a rare feat for the movie studio. Instead of dressing Hornswoggle up like Warwick Davis & providing him a bunch of Freddy Krueger/Chucky style one-liners about he gold, Leprechaun: Origins gave him a full-bodied prosthetic makeover. The pro wrestler/human punchline was reconstructed to look & sound like a shaved burn victim gorilla that did little more than bite, hiss, scratch, and growl. It seems that I may have spoken too soon when I said that remakes like Poltergeist weren’t doing enough to update their ancestor’s formulas in a means to justify their own existence.

Leprechaun: Origins is a far cry from its actually-fun predecessors like Leprechaun 2: Back 2 tha Hood & Leprechaun 4: In Space, so it does at least sidestep criticisms of being a shameless retread. The problem is that instead of retreading ground already covered by the Leprechaun franchise in particular, Origins instead removed everything that was unique about it & simplified the formula to the point where it felt like a retread of every monster movie ever. In a lot of ways this crime is far worse than the sins of Poltergeist’s by-the-numbers mediocrity.

Outside its Irish setting & a throwaway one-liner about Lucky Charms, there’s absolutely nothing of note in this film to distinguish it from any other cabin in the woods horror film I can name. Even the hideous get-up they use to conceal Honswoggle is oddly downplayed, so that most of the monster’s screen time is through a first-person POV cam à la Pitch Black. I can’t believe I’m saying this but I would almost rather they had just dressed Hornswoggle up in the cliché leprechaun costume and have him tell a bunch of lame ass jokes for 90 min. At least there would be the small chance of the film being fun (or at the very least memorable).