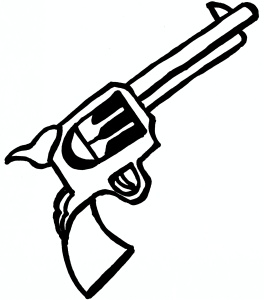 After the vignette structure that loosely held together his third “nudie cutie” picture, Erotica, Russ Meyer returned to feature length narratives for his fourth film, Wild Gals of the Naked West. Unfortunately, the same narrative slightness that worked well enough for The Immoral Mr. Teas to become a breakout success & singlehandedly launch the nudie cutie genre had become tiresome as soon as Meyer’s second picture, the impossibly dull Eve & The Handyman, and near sadistic by the time Meyer made Wild Gals of the Naked West. Wild Gals expands upon the strange quick cuts & surreal pastel-colored voids that distinguish Meyer’s work from other Mr. Teas imitators, but outside of a couple sparse visual quirks there’s nothing too remarkable about the film. It’s difficult to shake the feeling that Wild Gals was more or less an an excuse for Meyer & friends to play Western-themed dress up in the desert. And, of course, to display bare breasts.

Our host for this burlesque take on playing cowboys & Indians is an old, drunken Western coot played by Jack Moran. Moran had previously provided the besides-the-point narration that made Erotica a mildly enjoyable, disorienting experience, but this was his first full collaboration with Meyer, both as an onscreen presence & as the sole credited screenwriter. Moran would later go on to pen some of Meyer’s best work of the 1960s (including the cult classic Faster, Pussycat! Kill! Kill!), but it’s hard to see too much promise in the razor thin screenplay he provides for Wild Gals of the Naked West. Even less dignified than his razor-thin screeplay is his onscreen portrayal of the old coot narrator, decked out in a hideously cheap costume complete with horrendously fake-looking eyebrows & mustache.

Much more exciting in her introduction to the Russ Meyer landscape is the actual old coot Princess Livingston, a toothless howl of a loon that would later appear in notable Meyer pictures like Mudhoney & Beyond the Valley of the Dolls (not to mention an appearance in the Pufnstuff movie, of all things). Princess Livingston has a wild authenticity to her, making crazy eyes for the camera, cackling like a drunken witch, and calling to mind future featured players in Meyer-devotee John Waters’ films like the late, great Edith Massey. Wild Gals of the Naked West tries its best to cultivate a sense of unbridled chaos in shoddy, vaudevillian gags involving gorilla costumes, crossdressing, and pranks involving outhouses, but none of the film’s thematic shenanigans can even approach the cinematic lunacy Princess Livingston commands simply by being her wonderful self.

Besides the introductions of Jack Moran & Princess Livingston, Wild Gals is mostly significant in its over-indulgence in the pastel voids that made The Immoral Mr. Teas‘ hallucinogenic glimpses of nudity quaintly fascinating. Here, all visions of Old West saloons & brothels are confined to these otherworldly, pastel-colored spaces, populated by quick cuts of hand-drawn pianos, pasties-covered breasts, hideous drunks downing untold gallons of liquor, strange rubber masks, and six-shooters going off indiscriminately. If the entirety of the film’s action was contained in these nudity-filled bursts of drunken chaos, Wild Gals of the Naked West might be among the best of Russ Meyer’s nudie cutie work. Instead it’s severely bogged down by hokey gags involving the aforementioned gorilla suit, sex workers lassoing johns onto second floor balconies, and truly awful Native American caricatures (although I did admittedly enjoy the ones where the Native men were operating WWII gear like grenade launchers & Tommy guns). All in all, Wild Gals may be mildly fascinating for a Russ Meyer completist looking for early glimpses of Jack Moran, Princess Livingston, and the director’s trademark rapid-fire editing, but after previously watching three similarly vapid nudie cuties from Meyer in a row, I found the ordeal somewhat tiresome.