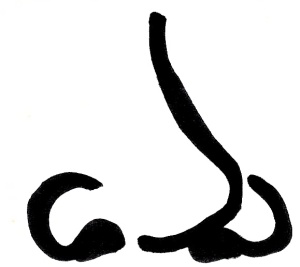 Polyester was not John Waters’ first feature, but it was the first to garner any significant amount of mainstream interest. Following his first forays into feature films with Mondo Trasho and Multiple Maniacs, Waters worked on what he dubbed the Trash Trilogy, consisting of Pink Flamingos, Female Trouble, and Desperate Living. To say that these films pushed the envelope and seemed design to induce faintness and nausea is an understatement; to say that they were in poor taste, or were made as an exploration of “good bad taste,” does the films’ shameless vulgarity a disservice. The films were confrontational, characterized by notoriety, and generally just gross for the sake of it.

Polyester was an altogether different animal. It still featured many of the actors who made up Waters’ “Dreamland” repertory troupe, but it features a much more linear narrative than his previous works. Taking its inspiration from films of the exploitation genre known as “women’s pictures,” especially those of Douglas Sirk, the film concerns the dissolution of the family unit of overweight matriarch Francine Fishpaw (Divine). Francine discovers that her husband Elmer (David Samson), the proprietor of an adult movie theater, is having an affair with his secretary Sandra (Mink Stole); her mother (Joni Ruth White) is an abusive cokehead obsessed with wealth and class; her daughter Lu-Lu (Mary Garlington) is sneaking out to have sex with her delinquent greaser boyfriend Bo-Bo (Stiv Bators); and her son Dexter (Ken King) is a glue-sniffing weirdo who has been skipping school in order to stomp the feet of unsuspecting women, dubbed the Baltimore Foot Stomper by the press. Her only friend is Cuddles (Edith Massey), the Fishpaw’s (possibly mentally handicapped) former housekeeper who is now quite wealthy after inheriting a tidy sum from another family for whom she once worked as a domestic servant. After her children face their own demons and become (relatively) well adjusted citizens, Francine struggles to overcome the alcoholic despair into which she has fallen, finding a new potential love in Todd Tomorrow (Tab Hunter).

The Baltimore of Polyester is a wondrously delirious place, full of odd characters and strange circumstances. From the nuns at the unwed mothers’ home that Lu-Lu is sent to, who force the pregnant women in their care to participate in a hayride in the middle of a thunderstorm, to the older choir woman who commandeers a bus in order to chase down the delinquents who swatted her as they drove by (ending with her stopping their escape by biting a hole in their vehicle’s tire), every person is an exaggerated caricature of reality. Hyperbole is Waters’ currency, and Polyester is one of the most accessible of his films for a mainstream audience. This is perhaps best demonstrated by the immersive experience he crafted for the movie: the original theatrical release of the film featured interactivity in the form of an “Odorama” card, with numbers appearing on screen to indicate when audience members should scratch the cards and smell the same thing that Francine does. I was lucky enough to attend a screening of the film at the Alamo Drafthouse, complete with a recreation of these cards; more often than not, the scents on the card simply smell like chemicals, but that doesn’t detract from the glory of the attempt. This is a delightfully hilarious movie, and I hesitate to say more in order to ensure that you get the maximum number of laughs from it. Suffice it to say: as long as you don’t take yourself too seriously, you will love this movie.