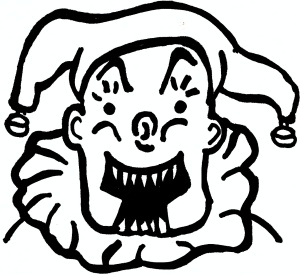 1. Krampus – A new cult classic has been born!

2. Carol – This one is hands down the greatest romance film of the year. It’s also more proof that Cate Blanchett is complete and utter perfection.

3. Crimson Peak – The prettiest ghost story that I ever did see.

4. Magic Mike XXL – There aren’t many situations in which the sequel is better than the original. That’s definitely not the case with this one. It’s pure genius!

5. It Follows – A throwback to horror films of the late 70s/early 80s that delivers on all levels.

6. Inside Out – An adorable but informative emotional roller coaster.

7. Trainwreck – Even though it has a predictable story line, it’s insanely hilarious (at least if you enjoy Amy Schumer’s style of humor).

8. The Lazarus Effect – Just another film reminding us all that bringing anyone or anything back from the dead is never a good idea.

9. People, Places, Things – The great Jemaine Clement stars in one of the most easy-going films to come out this year. It’s very simple, yet very entertaining.

10. Tangerine – This flick, which was filmed with an iPhone 5S, has been the talk of the town for months, and for a very good reason.

H.M. Ricki and the Flash –Meryl Streep’s campiest performance since Death Becomes Her!