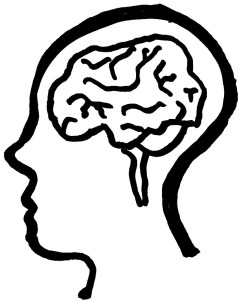 I’m not usually one to give in to the charms of computer animation, which usually makes me feel like an outsider on a lot of Pixar’s output. The almost-universally loved animation studio has been running strong since the release of the first Toy Story movie in 1995. That means that after 20 years of animated feature dominance, Pixar now has two generations of children & young adults that have only known a life where the studio is on top, churning out the most well-received children’s media on the market. As a devotee to traditional, hand-drawn animation I sometimes miss out on the studio’s milestones, harboring lukewarm-at-best feelings about beloved titles like The Incredibles & WALL-E, having no patience at all for more dire properties like Brave & Finding Nemo (sorry, y’all), and having to shamefully admit that I haven’t even yet bothered with a few titles that I might actually like once I give them a chance, such as Up & Ratatouille. When the studio is on point it establishes a really vital connection with an enormous, diverse audience, which is a super cool thing for an animation studio to be able to accomplish these days, but I often feel like I miss out on that connection due to personal (and honestly, superficial) tastes regarding the movies’ visual format.

I don’t mean to point out this personal preference to distance myself from the Pixar Is Always Incredible, No Exceptions crowd, but just to provide context for my experience with their fifteenth feature film to date, Inside Out. I approached Inside Out with extreme caution due to reservations I had regarding the film’s ads. The general look of the movie had very little appeal for me (still does) and there were enough eyeroll-worthy moments regarding the difference between the sexes (yawn) that I had very little interest in the film. I was pleasantly surprised to discover that despite those reservations, I still found Inside Out remarkably touching & well-considered. Very similar in intent & execution to the 2007 short Anna & The Moods, Inside Out is a sincerely heartwarming look at the way a child’s psyche is remapped as they transition into young adulthood. While it did lose me on some of the traditional adventure plot trappings Pixar films tend to fall into, its idiosyncratic world-building that depicts exactly how a brain works & develops is more or less unmatched in media of its caliber.

The story Inside Out tells is bifurcated between the internal & the external (or the inside & the outside if you want to stick to the terminology of the title). As the protagonist Riley, an eleven year old hockey enthusiast anxious about her recent move to San Francisco, struggles to communicate about her newfound anxiety with her parents, her inner emotions scramble to take charge of the unexpected changes in her life in a productive way. The five emotions depicted in Inside Out (Joy, Sadness, Fear, Disgust, and Anger) are expertly personified by a perfect cast of voice actors (Amy Poehler, Phyllis Smith, Bill Hader, Mindy Kaling, and Lewis Black, respectively) who bring abstract concepts to life in a vivid, affecting way that everyone from young children to cynical adults can likely connect with. Making the abstract concrete & visible is exactly what Inside Out excels at as it methodically explains why sadness is a necessary emotion that should not be ignored in favor of unbridled joy. Until the still-developing Riley learns to accept sadness as an essential part of her emotional processing, she finds it extremely difficult to adjust to her new surroundings. It’s an incredibly important concept for young children to learn & Inside Out does a great job of framing the revelation in a traditional adventure story that is likely to be able to hold onto young attention spans for its entire 94min running time.

As stated, I didn’t completely buy everything Inside Out was selling. There’s no doubt in my mind that the film would’ve been more visually engaging if it were animated by hand, the adventure plot didn’t always metaphorically make sense, and there were uncomfortably gendered glimpses into minds outside of Riley’s (for instance her father’s psyche is controlled by anger while her mother’s is ruled by sadness), etc. However, these all feel like minor quibbles in view of what the film does right. The way Inside Out visualizes abstract thoughts like memories, angst, imagination, acceptance, and abstract thought itself is incredibly intricate & well considered. Its central message of the importance of sadness in well-rounded emotional growth is not only admirable, but downright necessary for kids to experience. Even if I downright hated the film’s visual aesthetic (I didn’t; it was just okay), I’d still have to concede that its intent & its world-building were top notch in the context of children’s media. As I’ve (hopefully) made abundantly clear, I’m far from a Pixar expert, but I’m confident it’s safe to say it’s the best film the studio has produced in the last five years, making it their best of the decade so far.