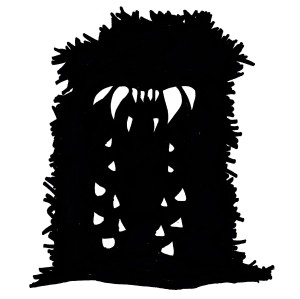 Are we all pretty much done talking about Star Wars Episode VII: The Force Awakens at this point? If so, please forgive me for the following preamble. One of the most exciting aspects of the film for me was the introduction of relative newcomers Daisy Ridley as the oddly-controversial Rey & John Boyega as the absurdly affable Finn. They both do an excellent job of holding down the protagonist end of the film in a remarkably deft tag team effort for two actors who aren’t too used to headlining multi-million dollar tentpole epics. More astute sci-fi fans might not have been as surprised as myself by Boyega’s part in that effort, though, given that he already had put in a rewarding lead performance in a deliriously fun action film a few years prior to The Force Awakens. Attack the Block finds John Boyega in a much quieter, more stoic leading role than he’s asked to play with Finn (who is often employed as comic relief), but even as a babyfaced teenager he was prepared to prove himself to be leading man material.

As stoic & as straight-faced as Boyega plays its protagonist, Moses, Attack the Block is anything but a grim horror picture. An urban sci-fi horror comedy about an alien invasion that targets the unlikely ground zero of a housing project in London, Attack the Block is a wildly fun creature feature with an exceptional knack for practical effects monster design & sleek music video aesthetic. Its ragtag group of barely-out-of-diapers youngsters that fend off the otherworldly invaders are an amusing gang of pothead ruffians (the kind that would inspire Liz Lemon to involuntarily shout “youths!”), mostly harmless in their overly-macho, self-aggrandizing indulgence in vulgarity & hip-hop swagger. Their accents border on being incomprehensible for an American outsider such as myself, but that foreign aspect can also be insanely charming, recalling the early 2000s raps of Dizzee Rascal & The Streets. Even more incomprehensible are the alien beasts that attack these kids. Kinda bearish, kinda canine in nature, these creatures are too dark to get a good look at, unless they’re baring their glow-in-the-dark fangs. The audience isn’t alone in not knowing what to make of the aliens. They’re described most accurately described in the film as “big alien gorilla wolf motherfuckers” & “Maybe there was a party at the zoo and a monkey fucked a fish?”. The difficult-to-pin-down creature design of the aliens pairs nicely with the highly specific cultural context of their victims & the film’s overall silly horror comedy tone to make for a remarkably memorable & unique picture.

Attack the Block turns a small cast & a limited budget into something truly special, a trick that can only be pulled off by fans of the genre it works in. Indeed, the film even goes as far as to shout out properties like Gremlins, Ghostbusters, and Pokemon by name, not to mention the close involvement of Nick Frost & the producers of the cult favorite Shaun of the Dead. The budget might be somewhat limited, but the film pulls a remarkably unique visual language from such simple visual sources as fireworks, smoke, swords, and motor scooters. What’s more important, though, is that it nails the monster attacks aspect of its appeal, which are plentiful  without being overly gore-heavy (despite a stray decapitation or throat-tearing here or there). And the film gets major bonus points for achieving most of this mayhem with practical effects, a minimal amount of CGI seamlessly mixed in for bare bones support.

There are plenty of reasons for sci-fi & horror fans to give Attack the Block a solid chance. It’s a perfectly crafted little midnight monster movie, one with a charming cast of young’ns, a wicked sense of humor, and some top shelf creature feature mayhem. The film doesn’t need John Boyega’s teenage presence to be worthy of a retroactive recommendation & reappraisal, but that doesn’t hurt either. In just two films, Boyega has carved out a nice little name for himself in genre-cinema. If you enjoyed his turn as Finn in The Force Awakens, you should definitely check out his earlier work in Attack the Block. The truth is, though, that you should check out Attack the Block even if you hated The Force Awakens. It’s an undeniable crowdpleaser, a commendable entry in the horror comedy genre that will endure long after the novelty of seeing a babyfaced Boyega in action wears off.