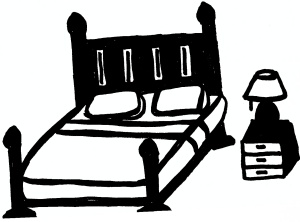 Online piracy is usually the scourge of the film industry, since many ticket & home video sales are lost to content that’s easily downloaded illegally. Occasionally, though, a small budget film will actually benefit from digital word of mouth & peer-to-peer sharing. The sci-fi fantasy epic Ink is a decent example of the way online piracy can boost a film’s notoriety. After a couple premieres at low-profile film festivals, Ink never scored a major theatrical or home distribution deal & initially suffered a limited, self-distributed DVD release with little to no fanfare. It wasn’t until the film saw major traffic on peer-to-peer torrenting sites that it earned any significant attention & it eventually scored VOD distribution that landed it on major streaming services like Hulu & Amazon Prime. Ink might be one of the few concrete examples of a film being saved instead of savaged by online piracy.

It’s not at all difficult to see how a film like Ink could attract a loyal cult fanbase. The specificity & intricately detailed structure of its dreamworld full of “pathfinders”, “storytellers”, “codes”, “access to the Assembly”, and magical bongos that open interdimensional doorways is perfect for fantasy nerds who eat up that kind of immersive worldbuilding. The film follows a group of mysterious dreamfolk who visit us while we sleep to protect our REM imagery from bad vibes. Aching to interrupt the fantasy are the nightmare assassins of bad vibes personified, a The Dark Side of dream warriors who range in style from plague doctors dressed in rags & chains to some kind of cyberpunk cross between Hellraiser‘s Pinhead & Bubbles from Trailer Park Boys. These fairy-like whimsies & cyberpunk nightmare baddies stage a literal battle between good & evil (complete with martial arts) while the “real” world tries to sleep through the night in peace. The fate of one little girl’s slumber & her workaholic father’s weakness for addiction give the story an in-the-moment sense of purpose & specificity, but for the most part the film is a work of fantasy genre worldbuilding more than it is a well-sketched out narrative.

The bummer about Ink is that it never feels like its means or its talent match the massive scale of its ambition. The film aims for the go-for-broke loopiness of a Terry Gilliam epic, but, unfortunately, also carries Gilliam’s languid sense of pacing without every nearing the same level of visual talent that the Monty Python vet commands with ease. At best the film feels like a lesser version of titles I hold in much higher regard. Its bedtime spookiness & made-for-TV visual cheese recall the sleep paralysis “documentary” The Nightmare. Its storybook push & pull between the dream world & waking life feels like a direct descendant of the far superior Dave McKean epic MirrorMask (right down to the annoying street performer/tour guide). Honestly, most of Ink feels inconsequential until a climactic narrative twist that lands with enough of a significant impact that you feel compelled to give the movie a second watch . . . or at least a hearty recommendation to a fantasy-minded friend (who’s already watched MirrorMask 1,000 too many times).

Still, I was ultimately surprised & charmed by what Ink delivered, if not only because of its limited budget visual cheapness & lack of a vocal fanbase. The film has an endearing pedigree as an underdog story of mishandled distribution & subsequent reappraisal. I found myself rooting for it to succeed & there was enough payoff in its last minute narrative twist & overall attention to worldbuilding that made the effort feel worthwhile.