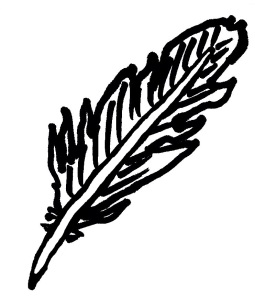 Foolishly, I expected that a documentary on “competitive endurance tickling” wouldn’t be much more than an amusing fluff piece, a sort of thin story about a string of online outlets that sell tickling-themed softcore porn under the flimsy guise of “athletic” competition. The Kiwi documentarian David Farrier seemed to have similar expectations when he initially prodded at the subject himself. Farrier’s career as a journalist is mostly relegated to “human interest” stories, something he calls “pop culture reporting.” He’s the guy you’d see on local news broadcasts interviewing personalities like “The Donkey Lady” or a toad farmer or maybe the subjects of the similarly-minded doc Finders Keepers. The narrative Farrier presents is that he initially didn’t know much about the world of modern tickling erotica and genuinely treated the topic as he would any of his other human interest stories until he discovered the abusive bullies behind the bulk of the websites’ production & decided to dig deeper. The facts of when, exactly, Farrier (along with his co-director Dylan Reeve) knew what he was getting into & the bizarre, terrifying world that his inquiry would uncover are questionable, especially considering the early dramatic re-enactments necessary to make the story feel linear. However, the investigation does prove to be a fascinating, worthwhile portrait of human cruelty in an increasingly bizarre modern age and the resulting documentary, Tickled, develops into a much darker & more unsettling experience than what you’d likely expect from the story of “competitive endurance tickling.”

One of the only problems I have with Tickled is the sleazy journalism tactics Farrier uses to uncover his target/subject’s evil deeds. A paparazzi-style assault on the world of tickle porn isn’t exactly what I’d ideally want out of a film like this, but by the time the depths of cruelty perpetrated by the shadowy figures behind “competitive endurance tickling” are exposed, I found myself rooting for Farrier succeed, despite his questionable tactics. Athletic tickling pornographers (or at least their head honcho) use a lot of the same financially & emotionally abusive tactics laid out in the Scientology documentary Going Clear and by the end Tickled plays like a convincing indictment calling for them to be shut down & jailed for their crimes. Young men (typically MMA guys, body builders, actors, amateur athletes), sometimes underage, agree to appear in supposedly private tickle videos for much-needed cash. If they complain when this erotica is made public, they’re exposed to their families, employers, and the internet at large for being “homosexual pornographers” in an aggressive, public attack on their reputations. As Farrier puts it, “This tickling empire is way bigger than we imagined,” and the vast amount of heartless, predatory money that ropes these young men into a fetish porn ring they never agreed to be a part of is fascinatingly bottomless & terrifyingly abusive. Tickled can, of course, be amusing at times due to the bizarre nature of its subject, but it’s mostly a conspiracy theorist dive into a cruel empire that gets off on its own lies & bullying, executed through rapacious wealth & internet-age catfishing. As much as I initially bristled at Farrier’s journalism style, I do think he found a story worth telling & a modern monster worth exposing. Tickled is an infectious call to arms that by the end will have you screaming for the entire tickle porn empire to be torn down & set on fire.