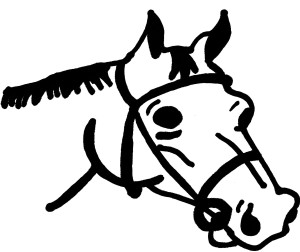 I have a bad track record with modern CG animation as filtered through companies like Disney & Pixar and a traditional 2D, hand-drawn animation feature is increasingly difficult to come by, so stop motion might very well be my final refuge in animation as a cinematic medium. This might help explain why (besides them being lovingly crafted & emotionally devastating) titles like Mary and Max & Kubo and the Two Strings have stood out to me as some of the more memorable animated features of the last decade. The 2009 stop motion madcap comedy A Town Called Panic, adapted from a cult Belgian TV show of the same name, doesn’t aim for the same awe-inspiring depth & beauty of titles like Kubo. All things considered, it’s probably a lot more in line with the slapstick antics of something like Shaun the Sheep. However, its tactile visuals, which go out of their way to call attention to its stop motion format, and its manic comedy style make for a much more memorable, enjoyable experience than most of your standard talking CG animal features could. I’m not saying that A Town Called Panic is automatically “better” than all CG animation features because of its virtue as a stop motion work (at the very least, it’s highly likely that Zootopia will make my Top Films of 2016 list at the end of the year and it easily falls under that umbrella). I just find it remarkably easy to tap into the film’s headspace because I am in love with its methods, however crudely executed.

Stop motion studios like Laika pride themselves in pushing their medium to a technical extreme, smoothing out the movement of their figurines through CGI doctoring and striving to achieve grander, larger scale accomplishments in their films’ action sequences. A Town Called Panic is refreshing in the way it casually approaches the medium, intentionally drawing attention to the crudeness of its visual style. Its characters are simple figurines anyone could pick up out of a dollar store toy bag: a cowboy, an Indian, a horse. Their character names are just as simplistic: Cowboy, Indian, Horse. When they run from danger they have to hobble violently because of the limited movement of the plastic bases attached to their feet. There’s a world built around their overly simplistic shapes; pianos, cars, houses, and computers are designed so that they can be operated by horses. It’s not the intricately mapped out, multiscale world of Zootopia, however. It’s more like a children’s playset. I haven’t seen stop motion employed so casually & so conspicuously since KaBlam! in the 90s. The approach doesn’t necessarily read as lazy, though. It merely works as a reminder of how effective stop motion can be as a visual medium even when stripped down to its bare parts. The animation in A Town Called Panic is just complicated enough to deliver the physical comedy & whimsical absurdity of its story. It’s function over fashion, but in its kids’ playset simplicity the film does achieve its own aesthetic.

The plot is similarly bare bones. As with a lot of television series, especially comedies, A Town Called Panic plays like several TV episodes strung together instead of a traditional feature-length movie plot. Cowboy, Horse, and Indian are three roommates who’ve formed a strange, symbiotic domesticity within their household. Horse is the responsible adult of the house, while Cowboy & Indian are his goofball foils. They kick the plot into action when they forget Horse’s birthday & build him a barbecue as a last minute present. Through a mistake anyone could make, really, Cowboy & Indian order 50 million bricks instead of the mere 50 required to build the barbecue and decide to hide the bricks from the much put-upon birthday boy. For all of its manic energy & physics-bending absurdity, the best attribute of A Town Called Panic is its comedic patience. There’s a great payoff to the absurd visual gag of “hiding” 50 million bricks, but it’s a very slow, methodical reveal that relies on the strength of comedic timing even more than it does on situational humor. I don’t know if I’ve ever seen a stop motion feature more confident with showing absolutely nothing happening onscreen in lingering shots so the impact of its long-game gags can pay off with greater comedic confidence. The setup of the bricks leads to many ingenious punchlines and episodic adventures, including an Atlantis-esque underwater colony, scientist kidnappers, and farm animal ammo in a territorial war. The absurdity is gradually, incrementally escalated, though. It’s a payoff that doesn’t arrive immediately, which is both surprising for a feature with such manic energy and impressive in terms of comedic confidence.

Overall, it’s difficult for me to pinpoint the exact tone of A Town Called Panic from the outside looking in. Is the franchise intended for children or stoned-out-of-their-mind college students? Both? It commands neither the cutesiness of Wallace & Gromit nor the dramatic ennui of Anomalisa, leaving it in some kind of stop-motion libido. Outside of a few details like alcohol consumption, marital infidelity, and the occasional potty language of words like “bastard” & “dumbass” it’s hard to say for sure that kids wouldn’t be able to watch it over parental concerns, but the humor isn’t exactly “adult” either. Its irreverence & whimsy recalls the stop motion comedy of Michel Gondry’s Mood Indigo or Wes Anderson’s Fantastic Mr. Fox, but it traffics in the crude simplicity of something like KaBlam!. Maybe if I were Belgian I’d have better context for A Town Called Panic’s target audience, but as an American Doofus & a stop motion fanatic all I can say is it’s very funny and I’m glad it exists. It’s rare to see a comedy in an medium brimming with so much minute-to-minute energy, yet patient enough to let longterm gags reach their full potential before payoff. This is a confident work of a very particular, unique mode of stop motion comedy & entirely deserves the traction it’s gaining as a cult curiosity on an international scale.