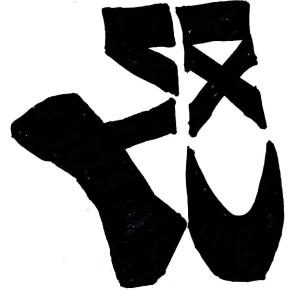 Director Guy Maddin is a weird little cookie. Admittedly I’ve only seen a small sampling of his work, but I’ve yet to fall in love with another one of his features quite as hard as I did with his beer-themed black comedy The Saddest Music in the World. His films are always interesting, though, if a little exhausting. Last year’s The Forbidden Room was a beautiful set of interconnected, humorous vignettes that worked really well for me as isolated short films, kind of like high art sketch comedy, but were especially tiring as a full-length collection. Looking a little further into Maddin’s catalog, though, the director has plenty of full-length experiments dedicated to a single idea; his ballet horror Dracula: Pages from a Virgin’s Diary, for instance, is a much more focused & disciplined effort that matches his trademark visual aesthetic to its most logical genre structure. By fully committing to a single narrative & matching Maddin’s deliberately aged visuals to a silent horror era aesthetic, Dracula: Pages from a Virgin’s Diary proves to be a much more digestible exhibition of the director’s peculiar talents than any of his vignette-structured works. This is a film with extremely limited commercial appeal and it’s one that might take the full context of his career to fully appreciate what he’s doing with the material, but it’s just as beautiful and amusing and flippantly high brow as anything he’s ever accomplished. I love seeing him indulge a single idea at a feature’s length and Pages from a Virgin’s Diary exemplifies exactly why that kind of extended focus is ideal for his directorial style, even when the main conceit is so narrowly minded.

Pages from a Virgin’s Diary is not a ballet-themed horror so much as a horror-themed ballet. The film finds Maddin shooting a straightforward ballet production of the Dracula story in a cinematic context. Instead of hanging back to display the dancers’ full bodies & artistry, he cuts the frame in very tightly and adds silent film era intertitles to advance the plot instead of conveying story entirely through dance. The playing-to-the-back-row stage play expressiveness of the ballet works really well in tandem with Maddin’s style, though, which requires a broad physical performance to recall the vaudevillian days of early cinema. Often, Pages from a Virgin’s Diary plays like a high art horror comedy. It makes a weird joke out of the details of Dracula lore: drowning the frame in cartoonishly large piles of garlic, mirroring Love & Friendship‘s character introduction gags with details like “Eater of Bugs,” playing the bumbling hubris of men for humor (like when Van Helsing performs the most inefficient & smugly disgusted gynecological exam of all time on Dracula’s prime victim). Maddin’s sly humor is contrasted with the dead babies, decapitations, and sexual violence of the source material to make for a truly horrifying, but strikingly flippant viewing experience, one that’s sex jokes & vampire kills are made oddly delicate by its very nature as a ballet. Dracula: Pages from a Virgin’s Diary might be the kind of high faulting art film pretension that rolls eyes & changes channels at first glance, but it’s also playfully subversive in its prankster humor & genuine horror thrills, making for a very worthy entry in the director’s catalog, despite its deceptively slight premise.

Of course, as with all Guy Maddin projects, the flashiest aspect of Pages from a Virgin’s Diary is the director’s dedication to visual craft. Deliberately degraded film, tinted color changes, a screen segmented into tight parallel lines: Maddin seems to be working in a digital medium here, but his trademark throwback to ancient cinema past matches the material exceedingly well, making me desperately curious about what a high budget version of this movie would look like. The ballet aspect of the film is the only dynamic that distinguishes it from a genuine silent horror, but that aspect does feed into Maddin’s aesthetic as a traditionalist. I also had great appreciation for the way he played with the film’s pacing, speeding up comedic bits to a movie trailer tempo for greater humorous effect and slowing down certain ballet flourishes for moments of lyrical contrast. You won’t find many horror comedies this visually interesting or poetically minded, with giant pipe organs spewing green gas & perverted sex demons filling the frame between subtle gags about modesty & desire. Even if it isn’t his best film, you also won’t find a much more concise argument for Maddin’s distinct talents as a director, as he transforms traditional mediums like ballet, silent film, and Bram Stoker’s Dracula into something entirely new & oddly fresh. I’d love to dig up more of his features that are dedicated to exploring a single concept for the entirety of their runtimes. He seems like a director who has too many ideas at once and too little time or funding to follow them all at length, so I should probably be exceedingly grateful for the times such as this, when he finds inspiration to break out of his usual short film format and follow one spectacularly weird idea (say, a traditional ballet shot as a high art horror comedy) to a feature length. It’s his best self.