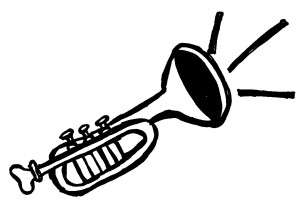 “Why do you say ‘romantic’ like it’s a dirty word?”

La La Land was a rare cinematic experience for me. In its first 20min stretch, I was outright hostile towards the film. I felt even more alienated in the two big production musical numbers that open La La Land than I did watching Moana, a movie that’s appeal I didn’t understand to the point where I had to abstain out of fairness from directly reviewing it. The emotional impact & entertainment value of a traffic jam erupting into a big budget musical number about Los Angeles sunshine reminded me of the lofty gravitas of a car commercial, specifically that one where the hamsters gather all of New York for a Central Park jam session. This adverse reaction to the material wasn’t necessarily a fault of the movie’s, but more a personal shortcoming  when it comes to appreciating musical theater, especially when a chorus sings in unison, drowning out raw emotion with the shared mediocrity of a massive collective. Something changed for me during La La Land, though. Somewhere in the first act, when the narrative got smaller and the songs became more intimate, I finally got lost in the film’s love letter to Old Hollywood musicals, particularly of the Fred & Ginger variety. La La Land manipulates its audience from both ends. It opens with a big This Is For Musical Theater Die-Hards Only spectacle to appease people already on board with its genre and then slowly works in modern modes of the medium’s potential to win over stragglers & push strict traditionalists into new, unfamiliar territory. The ultimate destination is an exciting middle ground between nostalgia & innovation and by the film’s final moments I was eating out of its hand, despite starting the journey as a hostile skeptic.

The content matches the form nicely here, continuing Damien Chazelle’s hot streak as a gifted, bare bones storyteller after his exciting one-two punch of the jazzy thriller Whiplash and the gleeful pulp of Grand Piano. Just as the modern-minded crowd and musical theater traditionalists must find a common ground to appreciate where Chazelle is pushing the movie musical as a medium, the film’s protagonists also begin their story at odds with each other. Playing an actor and a jazz pianist who suffer several hostile meet cutes before they begin to reconcile their mutual attraction, Emma Stone & Ryan Gosling are perfectly convincing as our modern equivalent of Classic Hollywood charmers. Their Adam’s Rib-style hostility at an awkward pool party is where the film started to lure me into its web. By the time their romance flourished in movie theaters, jazz clubs, and planetariums only to flounder & fizzle once realism disrupted their romantic ideal, I was already humming “City of Stars” to myself and preparing to buy a poster to hang on my imaginary dorm room wall. The couple pushes each other out of their comfort zones in order to survive an ever-changing world; the jazz musician must learn to innovate to stay relevant, the actor must risk embarrassment to achieve success. In addition to their good looks, ease with comic timing, and gorgeous costuming, the couple at the center of La La Land appeal to the audience as a useful window into what the film was trying to accomplish. When their realistically cyclical, impermanent romance clashes with a surreal movie musical reverie in the film’s final act, the full scope of Chazelle’s ambition becomes crystal clear and any complaints about taste or expectation going in feel silly & irrelevant. This is a work that graciously rewards after its initial discomfort, whether you’re a musical theater traditionalist who needs to be pushed into exploring new ideas or a cold-hearted modernist cynic who needs to be warmed up to what the medium can accomplish even in its purist form.

I think it’s worth noting that while La La Land is sometimes uncomfortable to reconcile with personal sensibilities, it’s always gorgeous to look at. The film’s intense colors, beautiful dresses, and attention to symmetry & movement amount to a carefully constructed spectacle that, like Hail Caesar!, is a welcome reminder of the scale & fantasy that only Old Hollywood productions could muster. Whether Chazelle is overlaying shots of neon signs with poured champagne as a direct nod to Hollywood musical past or he’s using that hyper real abstraction for entirely new, surreal purpose, La La Land is consistently a wonder to behold. Even when I wasn’t enjoying the film’s content in its earliest stretch, I was never turned off by its form or energeric execution. All I needed to be won over by La La Land was for that manicured spectacle to be put to a more intimate & modern use, an emotional heft that could be whispered instead of belted for the back rows to hear. I get the feeling that the film intended to not only teach me a little appreciation for the value of its medium, but also to push those on the other side of the divide over to my own modernist, heretical sensibilities. And just when those two audiences meet for a brief moment of shared appreciation, the film then disrupts & explodes its own rules, breaking down the walls of that divide for a brief glimpse of how both audiences were always of the same mind without ever being aware of it. Innovation & tradition are equally important in La La Land and when they’re done right, they’re practically the same thing. There’s a long, discomforting path to that realization, one that’s made more difficult for some than others, but once you reach its epiphanic destination, it’s a real game-changer, an eye opener, one that’s well worth the initial unease.