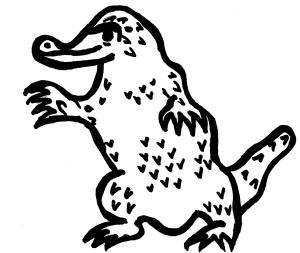 2. The Witch – The movie that was not so much in-your-face scary but haunted me for months would be, in my opinion, the spookiest movie of 2016. The Witch is one of those films that makes you question your sanity. What is really going on?  Satanic panic? Full-blown witchcraft? I am a sucker for films set in New England, but many of those are mushy romances or family dramas, not spine-chilling Satanic tales. A slow-building horror flick that takes place in one of the most beautiful places in America is truly a gift from the movie gods.

3. Captain Fantastic – It seems that everyone wants to live in a tiny house way out in the wilderness these days, and this movie made me realize how that way of life could be so appealing. Captain Fantastic is sweet, but not in an obnoxious way, and it’s super funny.  It’s also stunningly beautiful. The landscape, the outfits, and the way the family interacts with each other are cinematically gorgeous.

4. Midnight Special – I watched this one on a plane ride home after a long trip, and I remember waking up the couple on the side of me from all of my loud gasps. It was like watching a picture book story come to life. For a sci-fi flick, Midnight Special was surprisingly easy to follow, so I could focus more on enjoying the movie instead of trying to keep up terminologies and scenarios I couldn’t understand. Also, Michael Shannon as the father of a child with special, unexplainable powers is something that everyone should experience.

5. The Boy – There’s really nothing like a horror movie about a haunted evil doll. The Boy delivered the campiness that I crave in horror flicks, but it also seriously freaked me out more than I expected. When the big twist is revealed towards the end, it turns into a completely different film altogether. Basically, The Boy is like getting two really great horror films for the price of one. It’s a bigger steal than any Bluelight Special at KMart. 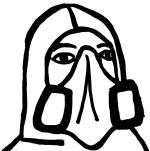 6. Ten Cloverfield Lane – John Goodman will always be the cool dad from Roseanne in my eyes, so seeing him as a completely unstable psychopath in Ten Cloverfield Lane was beyond insane.  The strange part is that he is so good at being crazy. Ten Cloverfield Lane combined elements of horror and sci-fi so well that it’s difficult to categorize it into one genre. The movie also takes place in Louisiana, so it made me feel a little bit special even though I hope there’s no psycho in a bomb shelter within at least 500 miles from me.

7. Hello, My Name is Doris – I contemplated not adding this one to my list because I never got around to reviewing it, but it was truly one of my favorite movies that came out this year. Sally Field is a bomb actress. There’s simply no other way to put it. In Hello, My Name is Doris, she plays a socially awkward hoarder that falls for a guy that’s about half her age. It’s a quirky comedy, but there are some serious moments that’ll heighten your blood pressure. No lie, this is one of my favorite comedies of all-time.

8. Popstar: Never Stop Never Stopping – I hadn’t laughed so hard in a movie theater since The Hangover. Popstar delivers that quintessential stupid, mindless humor that we all need to get through this shitty life. Mockumentaries are hard to come by, but they are one of the best styles of film out there. Popstar is like the pop version of This Is Spinal Tap, and it even comes with its own soundtrack of hits like its predecessor. Do yourself a favor and download “Finest Girl (Bin Laden Song).”

9. Pee-wee’s Big Holiday – 2016 was the year of Netflix originals. They were coming out almost every week. My favorite Netflix original of 2016 is Pee-wee’s Big Holiday. It was about time that the world was blessed with another Pee-wee Herman movie. It was just as whimsical as the others and had all of Pee-wee’s classic personality quirks. The fact that Pee-wee had a questionable bromance with Joe Maganiello gave me so much to live for. I’m ready for a sequel!

10. Keanu – As a lover of all things cat-related, I initially went to see Keanu for the cute kitten dressed up in gangster clothes. I was unfamiliar with Key and Peele’s comedy, so I didn’t know what to expect. Key’s style of comedy was loud and annoying, but it really worked for his role in Keanu. It was Peele who was the show-stealer for me, though. He was so funny! The kitten that played Keanu was also fantastic. That little guy needs his own show on Animal Planet.