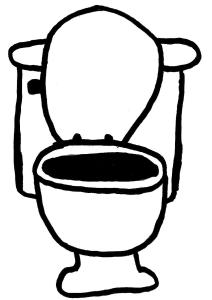 Six kids wielding knives, late-night gravedigging, and skinning animals all sound like elements to a rather disturbing horror movie, but, surprisingly, all exist in Matt Ross’s latest comedy-drama, Captain Fantastic. Those with a slightly darker sense of humor will get a kick out of this film, but it really has something to offer everyone, such as family values, brief nudity, religious humor, and a heart-wrenching love story. I had no idea who Matt Ross was, and I was surprised to see that he directed less than a handful of movies because he did such a “fantastic” job with this one. After a few minutes on IMDB, I realized that Matt Ross was the super creepy brother (Alby Grant) on the HBO series Big Love. That’s when all the dark humor in Captain Fantastic started to make sense.

The film follows the journey of a recently widowed father and his six motherless  children who live in the wilderness. The children are extremely intelligent and have above par survival skills, but because they live so separately from the rest of the world, they don’t have the best social skills. The father, Ben (Viggo Mortensen), and his wife,  Leslie, were disgusted with capitalist America and decided to live off the grid and start their own family far away from modern society. Leslie becomes diagnosed with bipolar disorder and commits suicide while receiving treatment. When Ben receives news of Leslie’s death, he finds out that Leslie’s parents plan on giving her a traditional Christian funeral, which is something that she didn’t want at all. She wanted to be cremated and have her ashes flushed down the toilet. Ben loads up his Partridge-family bus with his six kids, and they head out to New Mexico to make sure that Leslie gets her final wishes granted. A bus full of hippie kids chanting “Power to the people! Stick it  to the man!” is just as good as it sounds. Needless to say, they all get a good dose of culture shock.

On their way to New Mexico, the family stops at Ben’s sister Harper’s home, where the children meet their obnoxious, electronics-obsessed cousins. Harper has issues with the way Ben raises his children, and she attempts to convince him to put his kids in school. The siblings go back and forth arguing about what is the best way to raise children. This is the one part of the film that really got me thinking. What is the best way to raise children? Should they be raised to be self-reliant “philosophers” (as their mother Leslie called them) without social skills or should they be socially competent but lacking intellectuality? The thought of trying to figure out how to raise a child in order to shape them into mentally stable human being is absolutely terrifying, and I think Captain Fantastic really sheds a light on this issue.

Captain Fantastic was simply a beautiful, heart-warming movie with just enough humor to make it comfortable to watch in front of others. It’s such a thought provoking film that really made me question many of my lifestyle choices, and, in my opinion, that’s always a sign of a great film. I don’t think many folks will find themselves wanting to live off the grid or anything that extreme, but I think many will be more aware of the importance of living their best life.