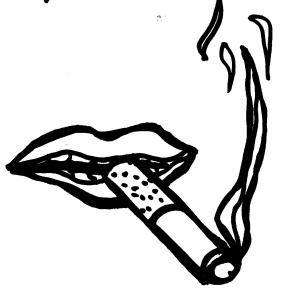 Something I learned from my career retrospective of sleaze auteurist Russ Meyer is that as far as sexploitation subgenres go, I’m much more wired to enjoy the light-hearted kitsch of nudie cuties than the violent leering of roughies. Two films into Doris Wishman’s catalog, I’m only having my bias reaffirmed. The deliriously inane Nude on the Moon was a perfect intro to the world of Wishman, as it was a sexed-up version of the exact kind of cheap sci-fi dreck I often find myself watching anyway. Her black & white roughie Another Day Another Man was a little more outside of my comfort zone. Arriving soon after her roughies era started with Bad Girls Go to Hell, one of her more infamous works, Wishman’s black & white cheapie Another Day Another Man toys with all the hallmarks of the more disreputable end of sexploitation cinema (domestic abuse, misogyny, rape), but never indulges in them long enough to totally sour the mood. Too much of Another Day Another Man is lopsided in a memorably goofy, tangibly dingy way to completely dismiss the film as misanthropic erotica, but it does often come perilously close.

Two female roommates argue about the moral implications of earning rent money through sex work. One is, unapologetically, a prostitute with a brutish lowlife for a pimp. The other is quitting her reputable job as a secretary to pursue her dream career: housewife. Her newfound dependency on her husband becomes immediately troubling when he’s stricken with sudden illness and the housewife is, no surprise, pressured into sex work under the guiding hand of the same low level pimp. She’s initially shamed for flaunting her sense of moral superiority over former roommate’s head, but that’s only the start of her degradation. She’s roughed up for de-masking her first client, a wealthy politician. She suffers great anxiety over sneaking out nightly to cuckold her husband for “easy” money. Her pimp’s tactics of breaking down his employees’ wills and pressuring them into sex work is given great detail (over the course of a clunky dream sequence, oddly), making her plight as a protagonist out to be nothing special. It’s all very standard roughie territory, which leads to inevitable & predictable tragic end, a plot you could comfortably scribble onto a crumpled up cocktail napkin.

What Wishman excels at that makes this exercise watchable is texture. The camera work & production design in Another Day Another Man isn’t exactly masterful; I’m not even sure I would call it competent. There’s something endearingly dirty & off-center about the whole thing, though, that makes for a memorable picture. The movie gets off to a rocky start with a badly dubbed stroll through Central Park between our soon-to-be-doomed newlyweds, but it picks up as soon as the roomates argue about the respectability of the respective ways they earn a living. Drastically lit like a crime scene, the two women’s magazine spread living room is a kitschy nightmare where the roomates argue, undress, and overstuff ashtrays in furious torrents of chain-smoking. The camera slowly pans up from their high heels to their complicated, lacy underwear to their beehives, careful never to show actual nudity, but coming as hilariously close as it can without going there. Weirdly sultry, off-center rock music is a constant, oppressive presence as the film gets lost in minor, unerotic details like shoes & ashtrays and, in its weirder moments, buries its lens, unfocused, in its characters’ cleavage for multiple consecutive shots. It’s a strangely dizzying, convincingly seedy experience even if it refuses to deliver the goods in terms of actual nudity.

As similar as Doris Wishman’s career trajectory seems to be to Russ Meyer’s in terms of following sexploitation trends from nudie cuties to roughies to auteur weirdness to late-period pornography, it’s funny to see the way their visual calling cards differ. Meyer’s work is typified by a rapid-fire, machine-like montage style that smashes images of women’s bodies against inanimate objects like cars & street signs and somehow makes the juxtaposition oddly erotic through the sheer pervy will of its leering filmmaker’s eye. Wishman’s style, if Another Day Another Man is any indication, is a languid, decidedly unerotic version of the same technique. She cuts away from women undressing to focus on a cigarette butt or a clown painting or a bra discarded on the carpet in an amusingly dispassionate way that puts the audience libido on ice. The technique is a lot sillier & less controlled than Meyer’s, but it makes for some interesting camp cinema auteurism. Unfortunately, the rape-oriented seediness of the roughie genre kept me from falling in love with Another Day Another Man and, oddly enough, the film’s story loses a crucial amount of steam after its protagonist starts hooking that makes the film somewhat of a chore. Wishman’s amateurish, but strangely off-center eye kept its dingy visual palette fascinatingly unerotic despite all odds, though, and I’m curious to see how that dynamic is echoed in the rest of her sexploitation work.