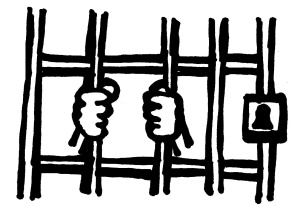 It’s a goddamn shame the world has not been treated to more Todd Haynes features. Although the director has a follow-up to his recent critical hit Carol already on its way, the near-ten year gap between Carol & its predecessor, I’m Not There., is alarming, to put it lightly. At the same time, though, it’s actually something of a miracle that Haynes has had a career at all. I’d count works like Velvet Goldmine & Safe among the greatest films I’ve seen in my lifetime (or they at least felt that way when I first saw them in high school), but it’s shocking that the director was even able to get them made, much less turn their minor indie world successes into more mainstream-friendly dramas like Carol or Far from Heaven. How is a director widely known for making an unsanctioned Karen Carpenter biopic with an all-Barbie doll cast or a pansexual glam rock opera that implies a rumored  romantic affair between Bowie & Iggy still around & pulling funding from prestigious, Oscar-worthy dramas? I love the improbability of his career. It’s an absurd unlikelihood that dates at least as far back as his first feature film, a fractured anthology about queer anxiety that somehow pulls influence from both 1950s drive-in creature features & Jean Genet’s Our Lady of the Flowers. Todd Haynes has always been a movie industry anomaly, a fact proven by that debut somehow winning the Grand Jury Prize at Sundance the year of its release.

Poison is an interwoven tryptic of three separate narratives. One story is a documentary shot in lurid Douglas Sirk colors about a young, constantly bullied boy who “murders his father and then flies away.” Another details unspoken homosexual desire between two 1940s prisoners that grows increasingly violent the longer it’s ignored. The third, most oddly lighthearted story, is a parody of 1950s B-pictures where a scientist accidentally consumes his own “sex drive serum” and becomes a monstrous, lethal leper. These stories might feel entirely disharmonious at first glance, even ranging from black & white to dull color to full Douglas Sirk indulgences in visual richness. However, they are each tied together by an expression of queer anxiety. Childhood bullying, living closeted, unexpressed desire, and the menace of HIV/AIDS inform so much of the film’s unspoken conflict that its context as a work of pure queer anxiety cannot be ignored. It’s felt as soon as the opening quote exclaims, “The whole world is dying of panicky fright” and never lets up as its three stories concurrently barrel towards their unavoidably sour ends. What’s most bizarre is the way Haynes can play this anxiety for varied effect. Sometimes hilarious, sometimes shockingly brutal, and often trafficking in the delicate, distilled imagery of a Guy Maddin picture, Poison’s intent & effect is a scattered, but consistently fascinating mess of anxious expressions of queerness.

As with a lot of first time features, this is a film that wears its influences proudly on its sleeve. It’s jarring how widely ranging Haynes allows those influences to be, though, touching on everything from John Waters & Roger Corman to Jean Genet & James Bidgood. I’m not sure you can detect the eventual greatness Haynes would eventually synthesize these influences into in titles like Velvet Goldmine, but it’s so much fun watching him clash them against each other in this fractured anthology piece. Poison is recognizably the work of a young, enthusiastic, queer man aching to unleash his weirdo sensibilities on the movie world at large. I find it both improbable & delightful that he’s been rewarded for it, even if his work has been despairingly infrequent as of late. As a film, it’s difficult to deny that Poison is rough around the edges, perhaps even by design, but as a cultural object it has a kind of punk art world shakeup quality that’s easy to find infectious. At times I wished during its runtime that I could have watched any one of its vignettes play out on its own instead of the three fighting each other for air, but they worked well together as a kind of anxious artist’s statement and initiative war cry for a rewarding career that’s only gotten more delightfully improbable as the decades have rolled on.