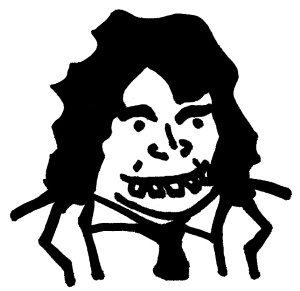 The highly lauded German comedy Toni Erdmann has many hurdles to clear in winning over latecomers who didn’t catch it in its early festival & foreign market runs. First, selling anyone on a three hour-long foreign language comedy is a difficult task, which is largely the reason it personally took me over a year to see the film once it was available to stream at home. More importantly, though, the initial hype for Toni Erdmann’s greatness was feverishly enthusiastic. Before it was ever available for American audiences, the film already earned a spot on the BBC’s poll for the hundred greatest comedies of all time, an indication of just how in love the larger critical community is with the film. Still, despite the daunting nature of its massive runtime and the unfair expectation level set by its early critical hype, Toni Erdmann succeeds as a hilarious examination of loneliness & emotional fragility. Building its entire dramatic conflict around a single father-daughter relationship, its emotional beats are intimate in their specificity, but near-universal in their scope, especially relatable to anyone who has ever been driven mad by a barrage of dad jokes. I can’t quite match the depth of love many critics have already flooded the film’s reputation with, but it’s still very much an enjoyable, rewarding watch for anyone with enough free time to give it a chance.

The titular Toni Erdmann is a fictional persona created by a German father to prank his emotionally distant adult daughter. An aging music teacher mourning the recent loss of a pet, the father shows up unannounced for a vacation at the daughter’s work-abroad apartment in Bucharest, Romania. Stressed about an upcoming business proposal she’s preparing for her company’s contractor, she could not be less happy about the intrusion. In turn, he’s disappointed in her success as a business woman seemingly zapping the joy & adventure out of her life. Armed with hideous false dentures & a cheap wig, he creates the persona of Toni Erdmann to prank her out of her uptight doldrums, bringing his weaponized arsenal of lame dad jokes into her place of business, jeopardizing her reputation. They begin the film as opposing forces, the daughter asking her father, “Do you have ambitions in life that aren’t slipping fart cushions under people?” and the father asking her, “Are you really a human?” His pranks and the mounting pressure of her career trigger a mild nervous breakdown, releasing all the tension her emotional fragility builds throughout in a couple cathartic scenes that walk a thin border between hilarious & cruel. By the end of the film, both father & daughter are on the same page, but it’s not necessarily a happy place to be or an easy space to occupy.

As with a lot of classic comedies, the joy of Toni Erdmann is in watching traditional societal barriers break down to make room for chaos. The prankster father’s jokes aren’t especially amusing in and of themselves, but in the context of an uptight business world where any out-of-place gesture can mean loss of money or status they land with full comedic impact. The business world he’s subverting is worthy of the offense too; decisions made in fancy office buildings just outside Romanian slums are determining the future of untold families who have no power or input. The movie doesn’t dwell too much on the practical, devastating effects of unethical, exploitative business world that contrasts its titular buffoon, but that context is always lurking at the edge of the frame, informing the tension his actions disrupt. The most cathartic societal breakdowns are in more intimate social environments: a pair of climactic house parties that devolve into emotionally intense karaoke & sexual chaos. The politeness that builds the tension in those moments is superhuman, which makes its inevitable release more satisfying. The difference between Toni Erdmann & most comedies, though, is its dramatic honesty in detailing the emotional aftermath of those societal breakdowns, which helps explain why it’s so critically lauded.

There’s supposedly a planned remake of Toni Erdmann in the works starring Kristen Wiig & Jack Nicholson; this sounds like a phenomenally bad idea. Not only is the film such a critical darling that any slight changes to its formula will inevitably inspire umbrage, but its overall vibe is so inextricably European that an American context will dilute what makes it special. I’m not only talking about its international corporate culture either. The film’s casual approach to sexual transgression is likely to either be played for Farrelly Brothers-style gross-out humor or to be excised entirely, given the difference in American attitudes toward the subject. Toni Erdmann isn’t exactly Wetlands in terms of shock value sexuality, but it does treat casual nudity & out-of-context sperm-eating with a delicate comedic touch I doubt could be replicated in an American remake. I don’t exactly believe the film to be the infallible Holy Ground its critical reputation suggests; it’s too drawn out & ultimately too well-behaved to earn that distinction. However, I do think that trying to restage its very distinctive charms in another cultural context is a huge mistake, no matter how universal its father-daughter relationship themes might seem from the outside looking in. It really is a special, particular work, even if not the masterpiece suggested by its reputation.