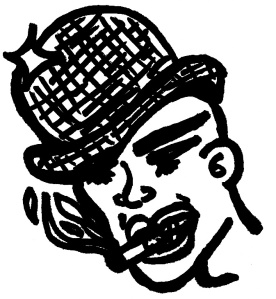 Both the concert movie and the musician’s hagiography are difficult to pull off with any cinematic finesse. With few exceptions like Peter Strickland’s concert footage of Bjork’s Biophilia project and the bizarre tale spun by The Devil & Daniel Johnson, the musician’s documentary is usually flatly crafted, relying on the audience’s interest in the subject to meet the filmmakers halfway. The recent Grace Jones documentary Bloodlight & Bami curiously splits its time between both troubled mediums, the concert movie and the musican’s hagiography, and opens itself up to both’s follies in the process. Its concert footage is no-frills, matter-of-fact documentation of recent Grace Jones performances in Dublin, exerting only a minimal amount of artistic energy into an occasional crane shot in-between its more static edits. Its interview footage, which comprises most of the runtime, is the exact kind of meandering, low-fi/low-effort hangout energy that can sink a musician’s profile in for-fans-only tedium. Somehow, though, the movie transcends these limitations in medium and offers something that feels like a rare, unearned blessing: Grace Jones. Jones saves Bloodlight & Bami from any potential tedium by simply being a living, breathing phenomenon. The movie requires massive patience, but her mere presence makes it frequently fascinating, if not essential viewing. We are extremely lucky to have access to Grace Jones at all, in any form, something Jones herself seems to know more than anyone else in the world.

A Jamaican-born pop singer who made huge waves in the 1970s & 80s through the androgynous sexuality of her high fashion imagery just as much as through the strange tones of her post-reggae music, Jones is a long-established legend. Early in Bloodlight & Bami, Jones is swarmed by intensely dedicated fans after a performance—strangers who greedily drink in her every word & physical motion as if she were a deity. That’s not the Grace Jones this movie is about. You can glimpse her attention-commanding power in the interspersed concert sequences, where she models various exquisite headpieces & black lingerie while singing to an appreciative crowd of hundreds, like a demonic Eartha Kitt. Most of the film, however, is an effort to humanize the pop culture icon, hanging out with her between gigs, often at home with family. The high production value of the concert footage is clashed with the serene calm of Jones’s return trips to Jamaica, framed in a cheap digital haze. The conversations captured in this off-stage downtime range from small talk with strangers & petty disputes with session musicians to deeply painful reminiscing of childhood abuse & long-dead romances. There’s no historical hagiography of Grace Jones’s top-of-the-pop-world heyday, only a document of her current art as a stage performer & her current relationships with an inner circle who knew her as a person, not an avant-garde deity. The movie is in no rush to impress you with the enormity of Jones’s achievements or legacy, relying instead on her natural charisma to hold your attention as the digicam footage gets distracted by images as inconsequential as a car mirror ornament or a flashing streetlight. It’s a gamble that takes for granted that audiences’ minds won’t wander off in its long moments of quiet, one that mostly pays off.

As entertaining as her music can be, Grace Jones is most distinctly impressive as a visual artist & a performer. It seems counterintuitive, then, to strip her of all her visual gloss in a documentary that often looks like it was filmed on a flip-phone. Jones is, to this day, still a phenomenal performer, even shown hula hooping in high heels while singing a vocal-intensive stage number, never missing a beat. Director Sophie Fiennes also has an early credit as an art department contributor for The Cook, The Thief, His Wife, and Her Lover, one of the most exquisitely staged films I can name, so it’s presumable her eye for visual craft is at least somewhat comparable to Jones’s. The aggressively low-fi, meandering aesthetic that guides most of Bloodlight & Bami must be understood as a deliberate artistic choice. Jones is stripped of the gorgeous lighting & costuming she wears like armor onstage (the headpieces are so extravagant that there’s a “hats by” credit included in the opening title cards) to demonstrate how naturally fascinating & culturally essential she remains without them. Even when she’s not making bawdy sex jokes about the mussels she’s eating for dinner or explaining to an ex-lover why all men should be penetrated (at least once), she naturally commands attention. There’s a fierce, no-bullshit way she carries herself that makes her come across like an undeniable force of Nature, even when she’s just waiting around in a recording studio for stubbornly lackadaisical musicians to arrive or lightly bickering with her mother. Even including the more immediately arresting concert footage, the most fascinating sequence of Bloodlight & Bami is a lengthy montage where Grace Jones applies her makeup in the hours leading up to a performance, oblivious to the world outside her mirror. She compels the eye.

Late in the film, Jones boasts that even without costumes or amplification or even lights, she would still be able to entertain her crowds alone, in the dark, with nothing enhancing the spectacle of her being. Bloodlight & Bami is proof of the veracity of that claim. If you want a document of Grace Jones the otherworldly icon, the 1982 concert film Grace Jones: A One Man Show is likely much more useful than the stripped down, low-fi hangout rhythms of Bloodlight & Bami. This movie is more proof that she does not need production spectacle to make her fascinating & idiosyncratic. Those qualities come to Grace Jones naturally and we should be grateful to be blessed with her existence in any form we can get it. Even when presented in the most plain, genre-burdened version of the musician’s documentary imaginable, one where she’s shown in as pedestrian of a light as possible, Grace Jones still feels like a divine gift we do not deserve.