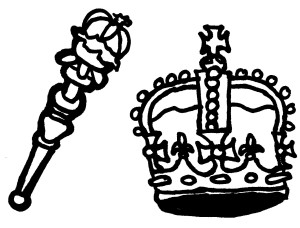 One of the most surprisingly rewarding experiences I had at the cinema all last year was watching Bette Davis devour the scenery opposite Errol Flynn in The Private Lives of Elizabeth & Essex. Davis is absolutely feral in that picture despite her regal drag, spending the entire runtime gobbling snacks & hurling vicious insults in intricately designed costumes. It’s fabulous. Returning months later to The Prytania Theatre to see Margot Robbie inhabit the same role in Mary Queen of Scots could only be a letdown, then, as she isn’t given free rein to behave monstrously the way Davis was. Robbie is fully capable of going big & going over-the-top; she also has no hesitancy to de-beautify herself in a role that’s basically Baby Jane Hudson clowning in a royal setting. As the title suggests, however, Mary Queen of Scots has a much smaller appetite for Queen Elizabeth vamping & camp than I, mostly sidelining Robbie’s raving monarch to focus on Saoirse Ronan’s fiery challenger to the throne instead. Elizabeth’s mental & emotional anguish are a background hum in the film rather than a ferocious roar, when her rivalry with Mary should have been evenly weighted on a titular level to save the film from costume drama tedium. Mary Queen of Scots had the potential to function like a one-on-one rivalry on RuPaul’s Drag Race All Stars, but instead quietly passes the time like an especially subdued BBC miniseries. My desire for the former is certainly more a result of boisterous portrayals of Elizabeth from actors like Bette Davis, Quentin Crisp, and Judi Dench than anything to do with historical accuracy, but dutiful scholarship isn’t really this movie’s main concern anyway.

Part of the challenge in depicting the rivalry between Mary (Queen of Scotland) & Elizabeth (Queen of England) is that the two monarchs never met in person, exchanging most of their strategic blows through couriers & letters. The way this movie gets around that challenge is by just making shit up. In an outlandish climactic showdown, both queens meet privately in a rural laundry house to butt heads one final time – in a scene that’s one dove short of being a full-blown John Woo homage. They excuse this anachronism by saying “No one must ever know of this,” swearing themselves to secrecy. It’s a breach in historical accuracy that raises questions of why the film didn’t take even more liberties. Mary Queen of Scots wishes to modernize its tale of two quietly warring queendoms, but is also self-defeating in its timid anachronisms. It’s refreshingly inclusive in its onscreen representation politics, but it also relegates PoC characters to minor servile roles & treats queer sexuality as a death sentence. It openly depicts female sexual desire & cunnilingus in a way most buttoned-up costume dramas would normally shy away from, but the men who oblige those impulses are consistently such dastardly brutes that the entire affair is de-eroticized (and often outright sexually traumatic). Elizabeth is allowed to voice some Girl Power messaging in her choice to live a childless life “as a man” to maintain her throne, but is often depicted mourning her fading chances at motherhood as if it were the only role that could truly fulfill her. Mary Queen of Scots is stuck between period drama tradition & more flippantly modern, history-ignoring impulses; it likely would have been a better film had it pushed itself in either direction instead of hovering in tonal Limbo.

Mary Queen of Scots is a little too silly & preposterous to fully take seriously and yet not silly enough to excel as full-blown camp—a self-conflicted stasis that holds it back as a modern entertainment. Considered in isolation, Ronan’s narrative as the young, titular queen is a perfectly pleasing rise-to-power story of minor eroticism & political intrigue. It’s the exact kind of historical drama that feels custom-built to scoop up Best Costume Design Oscars (if you can see their gorgeous details through the overwhelming Prestige Picture artifice of the dialogue & score). The only problem is that it’s a narrative track that holds a much more interesting movie hostage. Every minute spent alone with Mary is a distraction from Elizabeth’s spectacular unraveling. Stray glimpses of Margot Robbie feverishly crafting in anger, swelling up with small pox, and dunking on the boneheaded men of her court are all welcome, microscopic tastes of the much more fun, rewarding movie that could have been if she were fully set loose. When Mary Queen of Scots allows its two queens to butt heads in a climactic John Woo showdown, it’s not failing its duties to historical accuracy; it’s finally openly being a fully realized version of itself, far too late in the runtime to make much difference. As is, this is a perfectly fine, pleasant-looking addition to the perfectly fine, visually pleasant costume drama tradition. It’s just difficult to not compare it to the over-the-top camp of The Private Lives of Elizabeth & Essex or the gleefully anachronistic, viscous rivalry of The Favourite and not leave the film wanting more. Margot Robbie was all dressed up for a no-holds-barred Baby Jane brawl, but was unfortunately chained to something much safer instead.