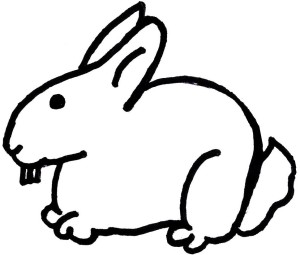 When exiting our screening of The Favourite, we watched a confused man point to a theater lobby standee advertising the upcoming historical biopic Mary, Queen of Scots. “That’s the movie I thought I was seeing!” he complained to an impatient usher and amused passersby. “When does that come out?” I explained that he was only a week early and asked what he thought of The Favourite, having not been prepared for it. He chuckled and responded, “It was . . . different,” which is exactly the thing moms say when they want to be nice about hating something they know you loved. To be fair, The Favourite is “different” if you consider it a part of the same genre as Mary, Queen of Scots: Oscar Season costume dramas with famous actors playing dress-up & chewing historically accurate scenery in governmental battles of manners. Featuring Olivia Colman, Rachel Wiesz, and Emma Stone (and sometimes Nicholas Hoult) entangled in a barbed, sadistic 18th Century power struggle, the movie could easily be confused with something tamer & more buttoned up if you just quickly glanced at a TV spot or a poster. The Favourite is something much less palatable for wide-audiences, though, something deliberately off-putting in its self-amused cruelty: it’s the new Yorgos Lanthimos joint.

As disoriented & befuddled as my new theater lobby friend already was by The Favourite, it’s difficult to imagine how much more shaken he would have felt exiting a previous Lanthimos film like The Lobster or The Killing of a Sacred Deer. Would he have even made it to the end credits? No matter how wild or devilishly cruel The Favourite may seem in a costume drama context, it’s also a rare glimpse of Lanthimos on his best behavior. Many of his usual auteurist themes about the absurdity of “civil” behavior and the stripping of emotional artifice carry over into this work, but the dialogue is not as deliberately stilted and the violence not nearly as jarring. Part of this smoothing out of his most off-putting impulses is due to the setting; an 18th Century royal court is the exact right place for buttoned-up, emotionally distanced behavior, whereas it often feels alien or robotic in his more modern settings. It also helps that this is the first film Lanthimos directed but did not write (the screenplay was penned by Tony McNamara & Deborah Davis), so that his most upsetting impulses are somewhat dulled. The jokes fly faster & with a newfound, delicious bitchiness. The sex & violence veer more towards slapstick than inhuman cruelty. The Favourite is Lanthimos seeking moments of compromise & accessibility while still staying true to his distinctly cold auteurist voice – and it’s his best film to date for it.

To further complicate the question of whether The Favourite is a well-behaved historical costume drama or a provocatively cruel art film, it’s loosely based on a real-life conflict in the 18th Century court of Queen Anne (Colman). The Queen’s closest confidantes (Weisz as a childhood friend & Stone as a power-starved upstart) compete for her affection to siphon off a small fraction of the privilege & political weight bestowed by the Crown. How they compete is where the film deviates from what you’ll find in similarly staged costume dramas about power grabs between members of the court: gay sex, bitchy retorts, Paris is Burning style voguing – behavior more befitting a season of RuPaul’s Drag Race than anything you’re likely to find in Mary, Queen of Scots. It’s not that Lanthimos isn’t interested in the real-life historical dynamic he’s depicting or that he only uses the setting as set dressing. It’s more that he doesn’t let detailed historical accuracy get in the way of big-picture truths. The queer sexuality, useless fop men, “civil” power struggles, and absurdist displays of decadence (best represented in the court’s hoarding of pet bunnies & gambling on duck races) depicted in the film are exaggerated & modernized for comic effect, but they do often get to deeper truths about the era the movie might not have had the time or energy to mine if it were more factually behaved.

There are two hurdles to clear in appreciating The Favourite. The first is in accepting modern sensibilities’ intrusion on a historical setting. My confused theater lobby friend compared that temporal breach to A Knight’s Tale. I’d more likely use Barry Lyndon, Marie Antoinette, or Phantom Thread as reference points. That’s the easier hurdle to conquer either way. What’s more difficult to manage is Yorgos Lanthimos’s auteurist schtick. This is the closest I’ve come to fully falling in love with a Lanthimos pic, but I still felt my appreciation slipping the further he strayed from compromise in the film’s second half. The first hour or so of The Favourite is exquisite, outrageous comedy I love to pieces. Some extremely Lanthimosy choices in the more dramatic second hour gradually cool it off from there and I kind of wish the whole thing were pure sadistic fun because I am a frivolous fop at heart. Still, I left the theater immensely pleased in a way no previous Lanthimos feature, no matter how “different,” had affected me. I very much sympathized with the poor befuddled chap who left just ahead of me, though, as he feebly pointed to the standee advertising a much more accessible picture. A Knight’s Tale is not at all a decent enough primer for your first bout in the ring with this humorously cruel provocateur, no matter how well he’s behaving.