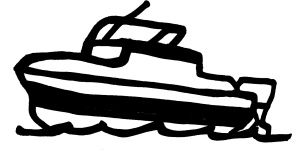 Years ago, I came across a movie clip of a middle-aged woman yelling out of an open window, “I’m going to Greece for the sex! Sex for breakfast, sex for dinner, sex for tea, and sex for supper!” I thought it was hilarious. Recently, I found out that this was a snippet from the 1989 British rom-com Shirley Valentine. Well, I finally got around to watching it last night, and I absolutely loved it. The film was directed by Lewis Gilbert (Alfie, The Spy Who Loved Me), so I expected nothing but the best to start with.

Shirley Valentine (Pauline Collins) is a bored, middle-aged housewife in Liverpool. Her marriage has lost its spark and her children are no longer living at home. This is an archetype we’ve seen time and time again, but Shirley is different. She’s a wild and witty woman at heart, and she reveals this side of herself when breaking the fourth wall at the beginning of the film. This technique worked well for me because I felt like Shirley was having a genuine conversation with me over a cup of tea. I love that sort of intimacy in a film. It gets me personally invested in a character, and the film gets my full, undivided attention until the very end. During these intimate little conversations with the audience, Shirley reveals that she always wanted to travel, and her dreams come true when her feminist friend Jane (Alison Steadman) wins two tickets to Greece and wants to take Shirley with her. The way the film pokes fun at “feminist” Jane has not aged well at all. Jane comments that “All men are potential rapists” and is paranoid of every man that is around her.  It’s probably the only aspect of the film that I disliked.

Traveling to Greece without telling her family, Shirley fills the gap in her life that was making her so miserable. She gains the confidence she so desperately needed, and she even has a fling with one of the locals! When her trip comes to an end, she bails on her flight back to Liverpool and returns to Greece. At this point, the film makes it seem like she is in love with her Greek beau and wants to be with him, but that’s not what happens. She runs into him sweet-talking another tourist with the same pick-up line he used on her, and just when I thought she was going to slap him or break down crying, she puts a big smile on her face and asks for a job at his restaurant (I’m not sure if he owns it or just works there). I loved this little twist so much. It’s nice to see women in late 1980s film doing things for themselves and recognizing their worth.

Apparently, the film Shirley Valentine is based on the play of the same name that also starred Pauline Collins. The play was an international hit and had a successful run on Broadway and London’s West End. The world of Shirley Valentine is much bigger than I expected, and I plan on exploring every bit of it.