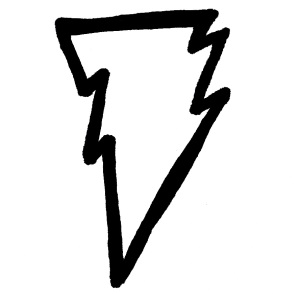 Look, up in the sky! It’s Zachary Levi, and he’s buff as hell! And we’re all calling him “Shazam” instead of “Captain Marvel,” for reasons that were complicated for a long time and are even more complex now. Great!

SHAZAM! is a whole hell of a lot of fun, a modern day kid’s wish fulfillment film that harkens back to a time when it was still possible for such a thing to be dark, vulgar, and tongue-in-cheek. This is a movie in which 14-year-olds are bullied for being different, catastrophic car accidents are presented in brutal detail and have life-altering consequences, kids are interested in strip clubs despite the preponderance of internet porn, giant demon monsters bite adult heads off and capture children, and one of the first things that two underage teenage boys elect to do upon realizing that one of them appears to be an adult is buy beer. Which is not to say that there’s not a lot of sentiment here as well, though it manages to avoid being cloying for the most part, and even I was surprised at how much it was able to manipulate my emotions – I mean “move me” – in its emotional moments. It has a lot of heart, is what I’m saying, but manages to avoid getting treacly by balancing its emotionality with good jokes and the occasional supernatural murder.

In 1974, Thad Sivana is en route with his cruel and demanding father (John Glover, who looks amazing for 74) and bullying older brother to his grandfather’s house for Christmas when his Magic 8-Ball toy flashes a series of glyphs and he is transported to the Rock of Eternity, a realm from which all magic flows. He meets the wizard Shazam (Djimon Hounsou), who tells of the council of wizards who safeguard magic, of which he is the last living remnant, and of the Seven Deadly Sins, trapped on the Rock in statue form. He offers the boy a chance to accept his power and take his place as the champion of magic, but Thad is more drawn to a magical object, which whispers to him. Shazam tells him that he has failed the test and transports him back to his father’s car, whereupon he freaks out and attempts to get “back” by jumping out of the moving car, causing an accident.

In the present, Billy Batson (Asher Angel) is a fourteen year old foster kid who has run from dozens of homes in the eleven years since his mother lost him at a carnival. After the foster system catches up with him after his most recent escape, he is placed with Rosa and Victor Vasquez (Cooper Andrews and Marta Milans), former foster kids themselves who run their own home now. Their eldest is Mary (Grace Fulton), who is soon to finish high school and about to start college, followed by Freddie (IT’s Jack Dylan Grazer), the same age as Billy, a disabled nerd obsessed with superheroes, which, lest we forget, exist in this world. There’s also the overweight Pedro (Jovan Armand), whose “goal is to get swole,” preteen Eugene (Ian Chen), whose schtick is being obsessed with video games, and the youngest, Darla (Faithe Herman), a sweet elementary-aged girl whose greatest desire is to show Billy the affection that he so desperately needs and get that same love in return (she also steals every scene that she’s in). Meanwhile and elsewhere, the now adult Dr. Thaddeus Sivana (Mark Strong) has an entire facility of psychologists and scientists working on the phenomenon of “mass hallucinations” by tracking down and interviewing others who were brought to the Rock of Eternity and failed to pass the test. Finding his way in, he unleashes the Sins from their captivity and becomes their magical champion.

Billy is prepared to take off again pretty much immediately, but as he’s attempting to disappear after his first day of school, he helps Freddie fight off two bullies (Carson MacCormac and Evan Marsh) who first assault him and then mock him for being motherless. Escaping, he too finds himself at the Rock of Eternity, where the now-dying Shazam chooses Billy as his champion, allowing him to turn into a magically-powered adult superhero (Zachary Levi) when he speaks the word “Shazam!” But as long as those powers exist, the Sins won’t rest … .

After all the origin stories that we’re all so sick of, one comes along that absolutely works. The obvious (and at this point  this observation is well-worn) influence is from Tom Hanks’s 1988 wish-fulfillment fantasy flick Big, which we’ll just assume that everyone has seen. The comparison almost makes itself, especially since that film, like this one, has some narrative elements that normally wouldn’t fly today in this world of sanitized children’s films – can you imagine a wide release like Return to Oz, Secret of NIMH, The Goonies, or even The NeverEnding Story coming out in theaters next week without there being a significant parental backlash? I mean, when was the last time you saw a movie that had both a teenage protagonist and a man’s head getting bitten off? But there’s also some Journey of Natty Gann thrown in there to pluck at the heartstrings, plus some imagery that could basically have been taken from The Gate thrown in for good measure. Also, Jackass.

I won’t get into what the Shazam power is or what mythological archetypes his powers are drawn from (that’s what Wikipedia is for), and this took a nice and unexpected (though in retrospect properly foreshadowed) turn toward the end that I don’t want to spoil since it genuinely took me by surprise, so I’ll be brief. This movie is genuine. It’s true to itself and has a genuine warmth that helps glaze over some of the iffier narrative choices, taking a film that verges on melodrama at points and pulls it back from that edge with a firm hand. There’s become such a delineation between “media for kids” and “media for adults” that we’re so unaccustomed to a film that is squarely in the realm of entertainment for the whole family that we’re not sure how to access it and interact with it, but this is one of those films. Kids will love it. Adults will also love it, even if they are as cynical as I am and started cringing as soon as Freddie claimed to know Shazam and immediately foresaw exactly where that plot line was headed. But all of that was balanced out by the joy of watching two kids, one of them in the body of a superpowered adult, performing Johnny Knoxville style stunts to test his limits. When almost every scene is a real gem, even something as rote for a superhero movie as stopping a mugging in a park, it encourages forgiveness of some of the more obvious story choices. This one is going to stick around.