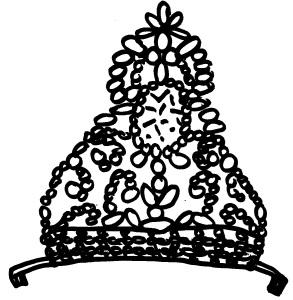 Oscar Wilde’s scandalous play, Salome, was banned from the stage in London for its depiction of Biblical characters (apparently this was illegal during the late 1800s).  In the play, Princess Salome (daughter of Queen Herodias) catches the eye of her stepfather, King Herod. King Herod offers her anything she wishes in return for her dancing the Dance of the Seven Veils for him, and her wish is to have the head of Saint John the Baptist. It’s one of those racy Biblical tales, so I can see why it captured Wilde’s interest. I’m also not surprised that Ken Russell directed the 1988 film about Wilde’s banned play. Russell’s quite a “Wilde” man himself, known for his own decadent style, so this is right up his alley.

Russell created a framing narrative surrounding Salome where the staff of a London brothel puts on an elaborate production of the play for Oscar Wilde on Guy Fawkes Night in 1892. Russell even has a cameo as a photographer in the brothel! The production is so vibrant, raunchy, and full of male and female dominatrix-type guards.  I doubt that the dominatrix guards were intended to be in the original production, so unsurprisingly, they are 100% Ken Russell. All of this was staged for a one-man audience, and Wilde doesn’t even pay attention to about half of the play as he is busy eyeing one of the male actors (a young guy covered in gold body paint).

The star of the show is of course Salome, played by the talented Imogen Millais-Scott. She’s a thin, pale blonde with blood red lips dressed in a shiny frosted blue gown. Her look is much different from the Salome that we see in illustrations (typically a dark-haired curvaceous woman), but her attitude screams Salome. I can still hear her shouting her famous line, “ I will kiss your mouth, John the Baptist!” Ms. Scott knows how to command a stage. It’s a shame that this was her final film as she retired from acting due to medical issues.

I thoroughly enjoyed Salome’s Last Dance. It has the charm of a D.I.Y. production while being so damn extra. There were moments where I forgot that I was watching a play within a movie. The lines between Salome and reality are definitely blurred, which makes for a very interesting ending.