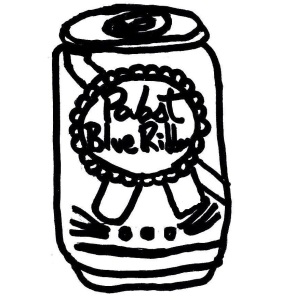 One of the more unexpected pop culture joys of 2019 has been the mainstream revival of the psychobiddy genre. What started as a dual career rejuvenator for Old Hollywood legends Bette Davis & Joan Crawford in the camp classic What Ever Happened to Baby Jane? stuck around for much of the 60s & 70s for other aged-out-of-leading-roles actresses like Shelly Winters, Debbie Reynolds, Tallulah Bankhead, and Olivia de Havilland in lesser drive-in marquee filler. Coined as the “psychobiddy” thriller or the “Grand Damme” horror or, most crudely, “hagsploitation,” the post-Baby Jane tradition of actresses Hollywood deemed too old to be fuckable reviving their careers in dirt-cheap genre work far below their skill level has given us some of the greatest slices of over-the-top schlock ever seen on the big screen. If nothing else, I’d easily rank the William Castle picture Strait-Jacket, which cast Joan Crawford as an axe-wielding maniac, among the greatest films ever made – full stop. I welcome any signs of a new psycobiddy wave with open arms, then, even if the genre label could be construed as a cruel insult to the actors cast as leads under that umbrella. 2019 hagsplotation has given us Isabelle Huppert dancing her way through over-the-top cartoon villainy in Greta, Robin Riker tormenting her pregnant granddaughter in the Lifetime movie Psycho Granny, and now Octavia Spencer partying with (and cruelly torturing) teens in the Blumhouse horror Ma. I sincerely hope there’s more to come.

The only thing preventing Ma from fully participating in psychobiddy tradition is the age & status of its star. At less than 50 years old and appearing in Oscar-worthy features as recently as the 2017 Best Picture-winner The Shape of Water, Octavia Spencer should likely be disqualified from being considered in a hagsploitation context. Every other aspect of Ma qualifies her performance and her character arc for the label, though. Like all psychobiddy villains, Ma is a sympathetic sadist who was only driven into violence & madness by a world that was cruel to her in the past. That sympathy does little to soften the severity of her crimes, though, as she veers from menacing threats & light stalking into full-on slasher villain & torture porn tropes as her psychoses worsen. Most importantly, the character is an excellent acting showcase for Octavia Spencer’s full range as a talent who’s too often relegated to one-note supporting roles. She’s given room to run wild here as a full-blown one-woman spectacle, often tearing through every emotion & tone imaginable with a machine gun efficiency: the deep hurt of a wounded animal, the slack-jawed thousand-yard stare of a Norman Bates descendent, the jubilant dancing of an invincible party girl, and the disarming sweetness of a family friend you’ve know your entire life. It’s at first baffling to learn that Tate Taylor, the doofus responsible for The Help, also directed this deliciously over the-top schlock, but it gradually becomes obvious that the goon simply loves to watch Octavia Spencer devour the scenery and it just took him a while to find the proper context for that indulgence – the psychobiddy.

A group of fatally bored teens waste away their youth in a small industrial town by drinking & vaping at the old rock quarry – the exact drab spot where their parents guzzled liquor decades in the past. After allowing the teens to talk her into purchasing their alcohol for them, an unassuming vet tech (Spencer) feigns concern that the kids might be drinking & driving and offers them an enticing alternative to their usual weekend spot: her basement. Gradually, all the teens in the area start partying in Ma’s basement as if it were a hot new nightclub, but Ma herself remains fixated on the few teens from the initial group, inserting herself into their lives outside the bounds of the party. Caught between enjoying the teenage popularity she was never afforded as a bullied outsider in her youth and avenging a mysterious trauma that’s haunted her since high school, Ma fluctuates between a fun party girl and a murderous biddy psychopath with the flip of a switch. She dances The Robot and karate-chops pyramids of beer cans like the party mom these kids ever had. She also stalks the teens she obsesses over the most on social media, eventually attempting to permanently collect them in her basement as tortured captives. The best moments of the film are when these two modes clash, as when she mutters the lyrics to Debbie Deb’s club jam “Look Out Weekend” to herself while maniacally scrapbooking. Spencer is mostly a wonder for being able to alternate between these tones with rapid-fire efficiency, often playing sane & friendly in one beat then zoning out in a lapse moment of murderous meditation the next.

The filmmaking craft in Ma is similarly all over the place, but to more of a frustrating effect. The film opens with the cheap inspo-pop & teen melodrama of a CW series, but also conjures occasional surprises like the drastic split-diopter shots of a classic De Palma thriller. In either instance, neither the visual stylings of Tate Taylor nor the inner lives of Ma’s teenage victims are the draw in this picture. This is purely Octavia Spencer’s show, and she adeptly delivers all the tragedy, fun, and cruelty you could possibly want from this kind of genre trash. She may be a little too young and a little too prestigious to be indulging in a psychobiddy thriller at this point in her career, but the result is so deliciously campy & genuinely upsetting that it would be foolish to complain about the method. Ma is an A+ actor’s showcase in a psychobiddy context, a clear standout in the genre’s (albeit minor) 2019 revival.