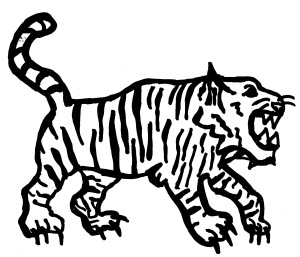 Fresh out of a delightful mid-day screening of One Cut of the Dead at this year’s Overlook Film Festival, I took a leisurely stroll down a hellishly hot Decatur Street to catch the next film on the docket, only to find myself unintentionally trailing that film’s star. Looking positively adorable in some crisp denim overalls and a patterned button-up, Elijah Wood was playing tourist along the riverside tchotchke shops on his way to the Come to Daddy Q&A. He was travelling in my exact path to Sidney’s Liquor Store, where I was headed to pick up some cold beverages to enjoy in Jackson Square before the screening. I felt like a total creep on that walk, entirely too aware of this oblivious stranger strolling just a block ahead of me, someone who probably spends way too much of their life wondering who’s looking at them and why. Luckily, the tables were eventually turned on me, as the film Elijah Wood was in town to promote was far creepier & more disturbing than any awkward eye contact I might have conveyed on that walk down Decatur. Despite his adorable exterior & chipper demeanor, Wood has a deeply fucked-up sense of humor and appreciation of the macabre – which is a major factor in why he’s so lovable.

Elijah Wood stars in Come to Daddy as a cowardly hipster & a shameless liar who responds to a reconciliation letter from a deadbeat dad who abandoned his family decades ago. The horrifically mismatched pair, drunken brute father & effetely timid son, enjoy an intimate family reunion in an isolated home on the California coast. It does not go well. The decrepit bully of a father mocks every physical & verbal communication his big-city hipster offspring dares to offer, bringing their tension to a point where its only possible outcome is physical violence. Then, just as the tragically mismatched men are about to come to blows, the film shifts the intimate dynamic of what we’re watching into a much more sprawling, chaotic kind of mayhem. It would be criminal to spoil exactly how the film unfolds after that first act, but I can at least say that its twisted humor & unrelenting brutality only become more severe as it veers into flashes of torture porn, slapstick gore, deep sexual discomfort, and all other kinds of fucked up Freudian delights. As Elijah Wood’s cowardly protagonist sinks further in over his head in sinewy ultraviolence, the picture begins to play like a farcical mutation of a Jeremy Saulnier picture – not unlike Wood’s recent turn in I Don’t Feel at Home in this World Anymore, just creepier.

As amusingly weaselly as Elijah Wood is in the central role, the real star of the picture might be screenwriter Toby Harvard, who also penned The Greasy Strangler. Harvard brings the same aggressive, repetitive anti-humor and nightmarishly greasy Daddy Issues that fueled The Greasy Strangler to this more reality-bound picture. It’s not enough that the hipster’s drunkard father calls his son a “rat fucker.” He has to elaborate that his son “stuffs rats up his cunt” and that when he dies they’ll find “rat skeletons in his pelvic area, where his cunt used to be.” After the director of The Greasy Strangler floundered without Harvard in his own follow-up, An Evening with Beverly Luff Linn, I’m starting to think Harvard is the name Greaseheads should be keeping their eye on. Elijah Wood has been making a career out of funding & promoting grotesque art projects from folks like Harvard in recent years – producing titles like The Greasy Strangler, Mandy, The Boy, and A Girl Walks Home Alone at Night. As playfully disturbing as his tastes continually prove themselves to be, he mostly just seems like a wholesome horror nerd who loves to make fucked-up moves with his friends. His presence in horror nerd spaces like Overlook Film Fest are entirely appropriate & expected; we just have to make sure to not ruin his good time by awkwardly trailing him down the street. We need him out there to raise funding for fucked-up, greasy oddities like Come to Daddy, so we better not scare him off.