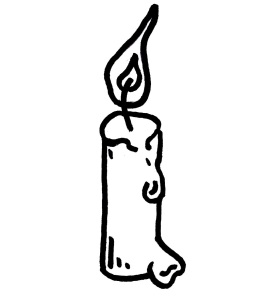 Remember when wide audiences openly jeered The Witch for its supposed letdown of an ending that payed off the Satanic dread of its atmospheric tension with a moment of ethereal, haunting beauty? Remember when even that film’s defenders rejected the late-night-stress-dream horrors of It Comes at Night because there was no literal “It” to provide physical form to its themes of grief & hopelessness? I can’t imagine what either crowd would make of the spooky period drama Gwen, which boasts all the atmospheric dread & oil panting patina of an A24 horror film but refuses to deliver the genre goods it teases in any satisfying or recognizable way. If anything, when it’s time for the film to veer into a horror genre metaphor to amplify the themes & tensions of its premise, it instead pulls back to reveal that the real world is grim, joyless, and devoid of fantastic escape. It leaves you to stew in the misery of reality, despite being framed as a horror film (to the point of appearing on the docket of this year’s Overlook Film Festival) and it’s a tough, dry pill to swallow as a result.

A Welsh family struggles to maintain ownership of their farm during wartime at the dawn of the Industrial Revolution. The exact nature of the threat against them is clear. An aristocratic industrialist in a top hat wishes to seize their land to add to his factory & quarry space, but they won’t sell. As their house is cursed with animal deaths, parental seizures, and occultist symbols (all meant to be taken as direct threats), the film continually hints that a larger, supernatural force is creeping in from the edges of the frame, but it never actually arrives. It’s clear from the beginning that Capitalism in The Monster in this grim historical drama, but in a true horror film that threat would assume a physical form as well, terrorizing the family with tangible violence. Instead, we watch a mother & her two daughters cling to their dwindling few possessions & health as the evils of a modern economy bully them into submission (or death). It’s a miserable experience, even if purposefully so. It also never gets around to justifying its occasional dalliances in horror tones & tropes – whether by fully utilizing its spooky atmosphere or by releasing a physical demon to represent its economic one.

Gwen looks, sounds, and feels like Elevated Horror™. Its monochrome portrait of a family in crisis is illustrated mostly by the grey hues of soot & snow. There’s very little dialogue & no musical score to speak of, somewhat mistaking total quiet for atmospheric dread. Those drab, miserable textures lull the audience into a foggy calm, only to be shocked out of our seats by loud, violet stabs of lightning, medical fits, and nightmares of self-mutilation. This movie has genuine jump scares! But it’s not horror. Gwen takes the same cautious, teasing approach to genre as last year’s The Little Stranger, ultimately avoiding traditional payoffs entirely in favor of the real-world misery of economic exploitation. I don’t personally see the same dynamic at play in The Witch or It Comes at Night, but these muted British chillers at least give me a taste of how other people feel watching them. They’re handsomely crafted, well performed (especially The Bisexual’s Maxine Peake in the mother role in this case), and impressively disturbing in their own right. Yet, I can’t help but wish there was a supernatural monster onscreen to back up its disingenuous genre teasing.