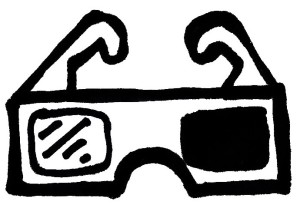 After earning major critical accolades as the director of cinematic triumphs like Crouching Tiger, Hidden Dragon and Brokeback Mountain, one-time filmmaker Ang Lee is now considering a secondary career as an absolute madman. Ever since Life of Pi, Lee has been sinking further & further into the abyss of tech obsession in his maniacal, one-sided pursuit of Perfection in craft – periodically emerging from his haunted laboratory with feature “films” no one wants nor cares for: first Billy Lynn’s Halftime Walk in 2016 and now 2019’s Gemini Man. Specifically, Lee has become fixated on the merits of ultra-motion-smoothing High Frame Rate tech usually reserved for video games and sports broadcasts. Scoffing at the cowardly 48fps & 60fps rates that make the Hobbit movies and your parents’ factory-setting TVs look like absolute dogshit, Lee has bravely shouted “Double it!” in the face of God & good taste. Not a single commercial movie theater in America is currently equipped to screen Gemini Man in its intended, diabolical format: 3D, 4k, 120fps. Fourteen theaters in the country did secure a version of the film in that roided-out motion-smoothing 120fps rate, though, settling for a wimpy 2k 3D scan so their equipment could handle the projection. One of them happened to be AMC Elmwood just outside New Orleans, which is one of my weekly movie-watching spots.

Gemini Man’s light sci-fi plot about a retired super-soldier who must defend his decades-younger clone—both played by Will Smith—is about as generic of an action blockbuster premise that you’ll find outside a 1990s Bruckheimer flick. It’s probably for the best that this killer clones story template is something we’ve already seen repeated too many times before, though, since there isn’t a single second of this monstrous HFR experiment when you aren’t thinking about how absolutely fucking bizarre everything looks, so there’s no real room to care about the story. Will Smith acts his heart out in his dual roles, selling both the unembarrassed cheese of his older self’s Dad Jokes and the deep pain of the younger clone’s identity crisis with full commitment as the two super-soldiers battle it out in a “hyper real” screen space. There’s nothing Smith can to distract from the visual spectacle of the film’s format, though, since that’s where all of Lee’s efforts were poured. Applying all this HFR and mo-cap clone tech to such a pedestrian nothing of a story is a bold, deliberate choice on Lee’s part; it makes the movie about the technology as if it were a convention-floor demo reel. There’s nothing Smith can do with the so-so dialogue that will overpower the spectacle of him drinking from a crisply detailed soda can or swatting a distinctly visible fly with his baseball cap. There’s no semblance of depth in the film’s screenplay, but there’s miles-long depth of field in Lee’s camera; the distance between those two effects continually calls attention to itself to the point where there’s room for nothing else.

Overall, I’m more tickled with Ang Lee’s madman passion for tech no one else cares for than I am pleased with the results. It’s confounding to me that the very week this film was released there was a Twitter hive-mind discussion about the difference between cinema and theme parks—sparked by Martin Scorsese flippantly dismissing the artistic merits of the MCU—and somehow this wasn’t the movie being discussed. Usually, in action movies there’s a level of forget-your-troubles escapism in the stunts & explosions on display, but those payoffs here look more akin to attending a live practical effects demonstration at a Universal Studios amusement park than they do cinema. Every spark, flame, bullet, and speck of shrapnel on the screen was distinctly visible and textured in detail, but the HFR motion-smoothing often cheapened the look of the action so that it resembled a behind-the-scenes featurette instead of the Feature Presentation. The most delight I found in the results of Lee’s experiment were the kind of gimmick demonstrations that were popular the first time 3D tech was imported into movie theaters: gun barrels, motorcycles, explosions, and—I kid you not—kernels of popcorn protruding past the 2D plane to “leap” off the screen. Gemini Man might have worked better as a Movie if it were nonstop stunts & chases in that way, with an assortment of 3D objects constantly flying at the screen in unrelenting Will-Smith-on-Will-Smith mayhem, but making a better movie was never Ang Lee’s goal. It was just as important to the madman that he exhibit what the HFR tech can do in dramatic, low-key moments of (consistently non-consequential) dialogue – the kind of attraction you’d find at a techie convention, or inside a carnival tent.

There are flashes of interesting images that result from Gemini Man’s formal experiment, most notably in the super-soldier’s underwater nightmares and, appropriately, the 1st-person-shooter video game action sequences. Mostly, though, this feels like an accomplished director who got bored with making movies reaching for an unattainable goal with equipment & an audience that aren’t quite there yet. At one point, a character describing a failed military mission explains it perfectly, saying “It’s like watching the Hindenburg crash into the Titanic.” You have to appreciate the hubris that leads to that kind of spectacle, even when the results are this disastrous. I do believe that some near-future nature documentary or surreal animation experiment will make better use of this tech, and that success will be largely due to Ang Lee’s willingness to fail in such a spectacular fashion. He’s wearing himself out to the point of madness trying to normalize something no one else seems to want. The weird thing is that it might already be working, however subtly. My opening-night audience didn’t seem to notice anything peculiar about the film’s presentation, to the point where I felt like running around the theater shouting “Don’t y’all see how fucking weird this all is???” Maybe they did, maybe they didn’t. Either way, they didn’t seem to care – which is the exact indifference that is snapping Ang Lee’s brain in half, like so many duplicated Will Smiths.