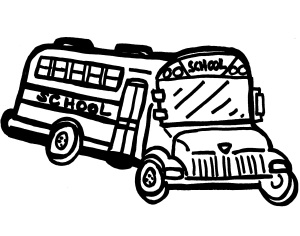 After Satanic Panic & Porno, Riot Girls is the third cheap-o genre film I’ve seen this year with confoundingly strong word of mouth despite its modest payoffs, likely due to its creator’s accumulated goodwill from years of work in the horror industry. A recent episode of Switchblade Sisters detailed director Jovanka Vuckovic’s professional background as the editor-in-chief of Rue Morgue Magazine – a beloved Canadian horror publication. On paper, the film she was promoting—Riot Girls—sounded like a revolutionary kick to the industry’s balls from a genre film aficionado who knew exactly what pitfalls of cliché & tedium to avoid or subvert in her debut as a filmmaker. In practice, the results are more aggressively ordinary than revolutionary – a pattern I’ve noticed in straight-to-VOD genre novelties like this & Satanic Panic recently. However, Riot Girls’s ordinary, familiar tones counterintuitively worked in its favor in the long run, as the film ultimately recalls the landscape of daytime syndicated television in the 1990s – a very specific corner of trash media I can’t help but remember fondly.

This post-Apocalyptic thriller is set in an alternate 1995 where all adults die of a horrific epidemic known as “gut rot.” The young children & teenagers left behind, unaffected by the disease until they reach full maturity, attempt to maintain a semblance of societal structure after this cataclysmic event. Maintaining the wealth disparity of the generations that preceded them to a petty, increasingly meaningless degree, the kids of Small Town, USA split their city into two warring halves: The Rich Side & The Poor Side. The rich run their government like a high school principle’s office while the poor dress like mid-90s mall punks who just discovered their first Bad Religion record. It’s letterman jackets vs. Elmer’s glue mohawks as the rich kids take the poor kids’ leader hostage on the wrong side of the border. A small crew of mall punk misfits (including a central lesbian couple) break in to free their bud, literalizing a class warfare that had been bubbling under the surface since long before their parents all mysteriously died.

There’s a whole lot to complain about here. The movie peaks early with an L7 needle drop and a stylish info-dump prologue designed to look like a hip 90s Fantagraphics comic. The eighty minutes of hostage-heist rescue missions that follow are astoundingly inert, no matter how many studded leather jackets or power chord guitar riffs decorate it. The worst part is that the title has little, if anything to do with the onscreen action; there are two female leads who might qualify for the “riot girl” distinction, but for the most part the movie is far too well-behaved & testosterone-addled for the title to mean much of anything. It does at least gesture to the production’s 90s setting & sensibility, but ultimately the movie isn’t feminist nor punk enough to earn that title. There’s barely a riot here and only a couple of girls around to start one, which is a shame, since the title & post-Hernandez Brothers poster art promise something very specific that cannot be delivered under those circumstances.

Fortunately, there is a media category where this That’s So 90s sensibility & mall punk posturing feels right at home: the vintage daytime syndication TV show. Riot Girls’s unrushed tempo, kids-against-the-world premise, and post-aPunkalyptic costuming recall 90s shows like The Tribe, Ocean Girl, and Animorphs. Except now those sub-Xena disposables are beefed up with blood & cusses (and the threat of sexual assault for some unwelcome lagniappe). It’s a little easier to forgive the film for its dramatic flaws & lack of urgency once you allow it to mentally transport you back to those simpler times. Don’t look to Riot Girls to kick in your teeth with a Punk Rock Kids Apocalypse; former Movie of the Month selection Class of 1999 might be your better option there. Rather, allow it to dial the clock back to when you would casually drain away entire Saturdays watching nonsense trash like Beastmaster, Highlander, and Baywatch Nights in a passive trance – drooling cereal-flavored saliva onto your Power Rangers pajamas. Every now & then a flash of gore or an onscreen bong rip will break that trance, but for the most part it comfortably fits in that exact milieu.