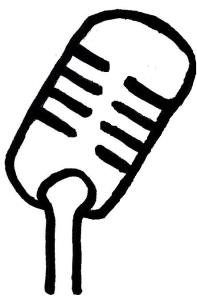 I first fell in love with jazz vocalist Cécile McLorin Salvant at her 2015 Jazz Fest performance, where her unpretentious, playful stage presence felt like a once-in-a-lifetime gift I didn’t deserve. It says a lot about her accessibility that she affected me at all, given that I listen to essentially zero modern jazz. Yet, there was a sinisterly subversive, rawly sexual prankishness to her art that read as being punk-as-fuck to me across that genre divide. Salvant has also been a hit among people who actually are in tune with the current state of jazz, winning multiple consecutive Grammys in the few years since that performance and many other accolades besides. Part of her rise-to-legend path now includes the PR-boosting documentary Singular, which premiered in her hometown of Miami this year before screening at The New Orleans Film Festival to an audibly delighted crowd. Unfortunately, the film itself doesn’t quite live up to Salvant’s subversive, audience-rattling stage presence, but I’m not sure it ever had a fighting chance to do so.

Smartly, Singular anchors its recap of Salvant’s quick rise to relative fame on a Miami concert where the genius of her art is on full, open display. Talking-head interviews & home video footage of her pre-fame years interrupt the concert at regular intervals, but you do get just enough of a taste of what she’s up to onstage to understand why she’s so distinct in her field. The problem is that it’s difficult to not want more, especially if you’re hearing her music for the very first time. I’d usually be thankful for a film with this straightforward of a subject sticking to a slim 68min runtime, but here that compression means that Salvant’s performances are frequently disrupted by the commentariat, with interviewees talking over her art about how great that art supposedly is, as opposed to letting the work speak for itself. It’s probably unfair of me to wish this were a full-on concert film instead of a documentary, but in all honesty the story of Salvant’s life (as presented here) isn’t nearly as interesting as the story her work tells onstage. Few things are.

This is ultimately a very polite, well-behaved documentary for a subversively raunchy, confrontational performer who deserves something with much sharper teeth. Salvant’s backstory of training with an intimidating French professor at her “momager’s” insistence before returning to America to wow jazz snobs who didn’t know what to expect from her is endearing, but not especially eye-opening. As the narrative approaches her modern day interests—confronting the performance of racial caricature in jazz history, drawing psychedelic cartoons of a “lobster woman” in her free time, modeling some world-class couture glasses-frames, etc.—the story starts to get more interesting but then abruptly shuts down as if those were footnotes & addendums instead of the central text. Part of the issue might be that these legend-building docs usually arrive posthumously or late in an artist’s career, while Salvant’s story is still very much unfolding. At this point, anything but a proper concert film is bound to feel a little premature.

Whatever faults Singular might have as an overly reserved document of a wild, punches-throwing artist, it does have plenty of net benefits in pushing Salvant in front of an even wider audience. I imagine if you’ve never heard of her before this doc could play as a revelation that a Nina Simone-level genius is alive & working in plain sight, waiting for your eyes & ears. The contrast between her work & the doc’s reserved nature might even unintentionally emphasize her art’s subversive playfulness, which seeps through the concert footage despite the buttoned-up style of the interviews. The movie also does convey a kind of lighting-in-a-bottle aspect of her current work by contrasting it with her life & career as a whole. In early footage of her amateur concerts & competitions, Salvant is obviously talented, but feels like a relatable, pedestrian nerd from Miami. In her contemporary performances, she’s a ferociously confident, once-in-a-lifetime persona, as if something magical within her had clicked into place that cannot be fully explained. It’s difficult to not yearn for more of that modern, magical footage in a feature-length concert film, but this document of that trajectory from green talent to world-conquering confidence is still worthwhile on its own merits – even if barely so.