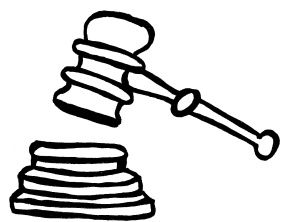 Back when we covered Alexander Payne’s abortion-themed political satire Citizen Ruth as a Movie of the Month, it occurred to me that it’s dispiritingly rare to see the great Laura Dern in a genuine leading role. Between Citizen Ruth, Rambling Rose, and Inland Empire, I could only find three feature films in which Dern was top-billed as the lead actor, despite decades of fine work on the big screen. Unfortunately, that means the full power of her consistently compelling screen presence largely goes unnoticed & unrewarded, relegated only to her value as a supporting player. Last year, Dern was at least utilized as a potent supporting actor in two major Oscar contenders: Marriage Story & Little Women – which were, interestingly enough, directed by both partners in a married couple (Noah Baumbach & Greta Gerwig, respectfully). Dern’s efforts have been rewarded with a nomination for Best Supporting Actress for Marriage Story in particular, her first nomination since she was recognized as a potential Best Supporting Actress for Wild in 2015 (a statue she lost to Patricia Arquette for Boyhood). What I find interesting about this year’s Dern nomination is how it’s been framed in some online criticism circles as a career-merit award or somehow just Industry recognition for Dern’s recent work on popular television programs like Big Little Lies & Twin Peaks: The Return. The nomination is being discussed as if Dern’s performance in Marriage Story isn’t especially awards-worthy, that she’s being recognized for her contributions to cinema at large. That’s bullshit.

Laura Dern is genuinely fantastic in Marriage Story, totally reshaping the texture of the entire film with just a few scenes of onscreen dialogue. In the film, she plays a high-priced divorce lawyer who escalates the stakes & tone of the central couple’s painful separation. As the films’ two leads, Adam Driver & Scarlet Johansson are allowed to really pick apart the emotional textures of that separation at length (for which they’ve both been nominated as Best Leads). It’s Dern’s thankless task to establish the much harsher, colder tone of the legal arena where that separation will reach its fever pitch. It’s a world that relies on calm doublespeak & practiced artifice, which clashes spectacularly against the raw, confessional emotions of the star combatants. Other lawyer characters played by Ray Liotta & Alan Alda in the film help sketch out the extreme boundaries of that legal hell world, but it’s Dern’s job to welcome Driver & Johansson’s leads through the hell’s front gates, opening up their intimate detangling to a Kafkaesque legal labyrinth that stretches the entire length of the country. Marriage Story is just as much about the cruelty & confusion inherent to navigating the legal system in the process of divorce as it is an intimate drama about a romantic meltdown. In that way, Dern’s supporting role as the first & most prominent lawyer featured onscreen greatly affects our perception of the battlefield where the central conflict unfolds.

Dern’s self-confident power lawyer enters the film by apologizing for her “schleppy” appearance, despite being dressed to the nines in designer jeans & drastic heels. We’re immediately aware that her words & her body language are expressing an entirely different sentiment than what she’s actually communicating. When she offers Johansson, a potential client, to take home cookies from her office, it’s a sly advertisement for her services, as Johansson will continue to keep her in mind long after she leaves the office as she snacks on those treats. When Dern quotes a Tom Petty song in casual conversation, it’s only so she can advertise that she negotiated his ex-wife’s divorce from the singer for a large sum. Of course, these textual subtleties are largely a result of Baumbach’s sharply written screenplay, but Dern is visibly having fun with the material onscreen, selling the full impact of the role in a way few other performers could. Her performative version of active “listening” while Johansson is recounting the details of her failing marriage is as tense as watching a snake coil in grass, waiting to strike at a potential meal. One of the film’s most outrageous moments is when Dern removes her blazer in court as if she’s overheated, entirely just to distract from the opposing counsel’s arguments by showing some skin. She warns her client that “This system rewards bad behavior,” and over time proves to exhibit most of that bad behavior herself, proudly. Laura Dern makes a spectacle out of this seemingly minor role, drawing subtle contrast between the meaning of her body language and the meaning of her spoken dialogue that only becomes more exponentially significant the longer you dwell on its details.

It might be easy to reduce Laura Dern’s Oscars attention for Marriage Story to a glib assumption that it’s a lifetime achievement award rather than recognition for this performance in particular. Between her limited screen time and her highlight-reel monologue where she rants about how “God is absent father” while the Virgin Mary is unfairly upheld as a maternal ideal, there’s plenty of fuel to feed that kind of cynicism. I just don’t think it’s fair to downplay the impact Dern’s presence has on the film at large. She is a gussied-up power lawyer who shapes audience perception on both the communal vanity of Los Angeles and the cutthroat mind games of courtroom etiquette: two major factors in how the marital drama in the forefront develops. The only truth to the argument that she would have gotten this same nomination for any role (say, her interpretation of a silently angry Marmee in Little Women) based on her career’s work at large is that Laura Dern would have killed any role Hollywood tossed her way. She always delivers. The true shame about her nomination this year is that wasn’t for a Best Leading Performance, since Hollywood so rarely affords her top-bill opportunities that she never really has a chance to earn that accolade. If we’re relegating Laura Dern’s powerful screen presence to Supporting Player status only, she might as well earn her first Oscar for her movie-stealing role in Marriage Story. Hopefully she’ll win, and more prominent lead roles will follow.