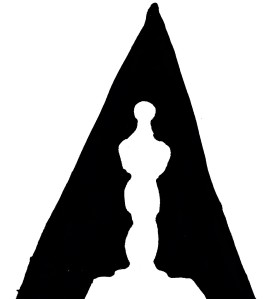 There are 38 feature films nominated for the 2020 Academy Awards ceremony. We here at Swampflix are conspicuously more attracted to the lowbrow & genre-minded than we are to stuffy Awards Season releases, so as usual we have reviewed fewer than half of the films nominated (so far!). We’re still happy to see so many movies we enjoyed listed among the nominees, though, including four titles from our own Top 10 Films of 2019 list. The Academy rarely gets these things right when actually choosing the winners, but as a list this isn’t too shabby in terms of representing what 2019 cinema had to offer.

Listed below are the 16 Oscar-Nominated films from 2019 that we covered for the site, ranked from best to . . . least-best, based on our star ratings. Each entry is accompanied by a blurb, a link to our corresponding review, and a mention of the awards the films were nominated for.

“Money is an iron. For the Parks, it is the metaphorical iron that makes life smooth and effortless, and the iron strength of the walls that separate them from the riffraff below. For the Kims, it is the iron of prison bars that keep them in a metaphorical prison of society and, perhaps, a literal one; it is the weight that drags them down, a millstone to prevent them from ever escaping the trap of stratified social classes.”  – Boomer

“This is the perfect capstone for this franchise. If there were never another MCU film, it would be totally fine, because as a finale, this is pitch perfect. Every important and semi-important character gets a moment to shine, as the Snap is undone (come on, you knew it would be). There’s even a moment where every living lady hero from the entire MCU is onscreen at once, and it is delightful, although I’m sure the internet is already full of comments about how it was ‘forced’ or ‘cheesy,’ but I don’t feed trolls and I try not to cross the bridges that they live under, so I wouldn’t know.” – Boomer

“I’ve long been a fan of comedy pastiches and homages of genres that function perfectly as examples of those genres despite humorous overtones; my go-to example is Hot Fuzz, which I always tout as having a more sophisticated murder mystery plot than most films than most straightforward criminal investigation media (our lead comes to a logical conclusion that fits all of the clues, but still turns out to be wrong). Knives Out is another rare gem of this type, a whodunnit comedy in the mold of Clue that has a sophisticated and winding plot.” – Boomer

“This is a beautiful film, a timeless piece of literature made fresh once more with a cast overbrimming with talent and filmed with an eye for chromatic storytelling and such beautiful Northeast scenery that when I tell you I was there, I was there. This is also such a talented cast that they breathe a new life into characters that, in the original text and in previous film incarnations, were at times sullen, unlikable, or intolerable.” – Boomer

5. The Lighthouse, nominated for Best Cinematography

“Packed to the walls with more sex, violence, and broad toilet humor than you’d typically expect from high-brow Cinema. If you can push past the initial barriers of Eggers’s patient pacing & period-specific dialogue, the movie is a riot.” – Brandon

6. I Lost My Body, nominated for Best Animated Feature Film

“This is two films for the price of one. And it’s a very low price at that, considering its 80min runtime. As with all two-for-one bargains, however, one of the two complimentary films on this simultaneous double bill is far more satisfying & impressive than the other. To fully appreciate I Lost My Body, then, you have to appreciate its two dueling narratives as a package deal. The stronger movie in this combo pack carries the lesser, even if just by the virtue of their pairing.” – Brandon

“A superb breakup story about how you can love somebody so much, and create a life with them that you love, and it still has to dissolve. It specifically illustrates how hard it can be for parents when their child arbitrarily prefers one over the other. The way those formative childhood phases affect permanent legal repercussions is devastating, as is the realization that you might not actually be best parent for your own child.” – The Podcast Crew

“None of the endless months of vitriolic complaints against its honor resonated with me in the theater, where I mostly just saw a creepy character study anchored by an effectively chilling performance. If anything, the fact that a movie this unassuming and, frankly, this trashy was somehow causing chaos in the Oscars discourse only made it more perversely amusing.” – Brandon

“Very cute in its slapstick humor, and often stunning in its visual artistry. It’s about on par with The Boxtrolls all told, which is to say it’s mediocre by Laika standards but still on a level far above most modern children’s cinema.” – Brandon

“The video game mission plot might not make for especially complex drama between its solider protagonists, but the way those babyfaced boys contrast against the unearthly gore, rot, and decay of the war-torn earth beneath them is viscerally upsetting. There are many ways in which the long-take gimmick is a distracting technical exercise, but it does force you to stew in that discomfort for long, uninterrupted stretches. It’s surprisingly brutal in that way.” – Brandon

“I appreciate this movie most as a passionate argument for a sentiment I could not agree with less. I have no love for the traditional machismo & endless parade of cheap-o Westerns that clogged up Los Angeles in these twilight hours of the Studio Era. Still, it was entertaining to watch an idiosyncratic filmmaker with niche interests wax nostalgic about the slimy, uncool bullshit only he cares about.” – Brandon

“Finds plenty more to say about the corruption & violence of organized crime that Scorsese has not addressed in previous efforts. Unfortunately, it allows that new material to be drowned out by an overwhelming flood of the same-old-same-old.” – Brandon

“Works best as a maternal parallel to the paternal drama of Boy. The difference is that I left Boy marveling at how he pulled off such a delicate tonal balance with such confident poise, whereas I left Jojo Rabbit wondering if I had just seen him lose his balance entirely and tumble to the floor for the first time.” – Brandon

“Look, Rise of Skywalker is good. It’s not great like The Force Awakens or passable like The Last Jedi, but it’s also not that spectacular either. It doesn’t take the chances that TLJ took, and I was glad that the return of JJ Abrams meant that we went back to mostly practical FX for the aliens (those stupid chihuahua horses from TLJ will haunt me to my goddamned grave) even if the resultant film felt like he was trying to railroad the ending back to his original concepts after not liking how another director played with his toys.” – Boomer

“Has all the building blocks needed to achieve something great; they’re just arranged in a confoundingly dull configuration. Worse, there’s literally not one thing about its combination of vintage sci-fi pulp & faux-philosophical melodrama that Interstellar didn’t already achieve to greater success, so there’s constantly a better viewing option hanging over its head.” – Brandon

One thought on “The Swampflix Guide to the Oscars, 2020”