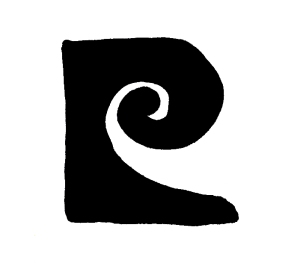 I saw two fashion documentaries at this year’s New Orleans French Film Festival. The more artistically ambitious one—Celebration—was an eerily atmospheric, shot-on-16mm abstraction capturing the aging Yves Saint Laurent in the lead-up to his final show in 1998. It was an aesthetically pleasant bore. The more straight-forward, less stylistic film—House of Cardin—was a biographical fluff piece shamelessly promoting the legacy of its own aging subject, designer Pierre Cardin. It was a delight. House of Cardin is not at all interested in matching the avant-garde artistry of its subject in any formal way; it’s about as forward-thinking in its filmmaking style as an I Love the 60s special on VH1. However, the vibrant, playful art of Pierre Cardin more than speaks for itself, and stepping out of that portfolio’s way read to me like a great sign of respect. By contrast, the stylistic flourishes of Celebration constantly call attention to itself in a showy way that feels almost deliberately disrespectful to its own subject. Whether or not it’s the refined, Intellectual thing to say, the charming Fluff Piece was simply more enjoyable & more useful to me as an audience than the Art Film.

I fell in love with Pierre Cardin’s mod-defining, Pop Art fashion designs over the course of this movie. By recalling his career path from haute couturier to ready-to-wear name brand, the movie is able to touch on such cultural touchstones as Cocteau’s Beauty and the Beast, the mod style revolution of The Beatles, and the injections of Space Race futurism into women’s everyday fashion – all of which Cardin had a major hand in. More importantly, the film knows that its strongest asset is the bold graphic imagery of Cardin’s designs – relying heavily on archival footage of the designer’s life’s work as illustrated in its own time. It’s totally in love with Cardin, even taking amusement in his self-dilution by licensing his brand to products as wide-ranging as sunglasses, cars, perfumes, telephones, you name it. This is practically more of a narrated slideshow than it is a proper film, and it’s cheesily wonderful for it. The truth is that Cardin himself is charmingly tacky (especially the further away he gets from his 1960s heyday), so it’s appropriate that he’d have a flashy fluff-piece doc where a parade of celebrities stop by just to gush about how wonderful he is.  Cheesy or not, it’s near impossible to walk away from this film without falling a little further in love with Cardin; the adoration is infectious.

I could see how a much more learned fashionista who’s already scholarly informed on all the ins & outs of both Cardin’s & YSL’s careers could have the exact opposite reaction than me. Maybe the contextless atmospheric dread of Celebration would have registered with more heft if I knew more about YSL’s life & career going in. Likewise, maybe House of Cardin’s no-frills presentation of its own designer’s career highlights would have been a bore. As a fashion-curious newbie who needs a little informational handholding, though, I much preferred the puff piece.