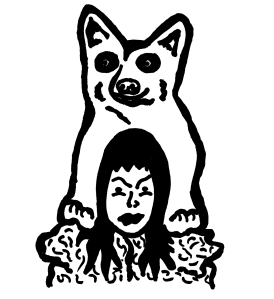 Martial arts entertainer Pearl Chang (also credited as Ling Chang) was once the biggest TV star in Taiwan. She has since effectively disappeared. Chang has dozens of credits to her name as an actor at the fringes of the wuxia genre in the 70s & 80s, many of which are seemingly lost forever in the distribution & archival voids that vaporize most cheap-o schlock. Impressively, she even leveraged that notoriety into directing four martial arts films herself in the 1980s, a career path that proved much more turbulent & misogynistically policed than her initial designation as a television actress. When Chang tried her hand at being an auteur, she found her reputation shifting from “beloved TV star” to “difficult to work with,” a bullshit designation that’s routinely leveled at female creatives to protect the industry-control enjoyed by their male “colleagues.” Of her four completed features, only half were even credited to her name, the other two being filed under a male pseudonym. Despite how common this disgraceful undercutting of Pearl Chang’s potential as a genre auteur feels in the history of women in the film industry, it still stings harshly when you watch her work. She was exploding with creativity in her directorial period, limited only by her lack of funding and her lack of Industry support. She deserved so much better, and it’s hard not to get hung up on the potential art we lost because of that dismissal.

Wolf Devil Woman is the best-known of Pearl Chang’s directorial efforts, and even it’s mostly notorious as a “so-bad-it’s-good” exercise in high camp. Chang stars in the film herself as a feral woman who was raised by wolves after her parents were executed by a demonic Emperor. Narratively, it’s a straightforward revenge story in which the wolfen orphan exacts revenge on the Demon who ruined her life by using her animalistic hunting skills (and the supernatural abilities afforded to her by ingesting mystical “white ginseng”) in battle. Tonally, the movie is much harder to pinpoint. It can be absolutely brutal, as in the opening sequence where the wolf-girl’s parents bury their baby in snow and douse her with their own blood to keep the infant warm. It can be adorably cheap, especially in its costuming, which dresses Chang in a wolf plushie doll as if it were a pelt and achieves her Demon foe’s look with a rubber Party City mask. Overwhelmingly, though, I think of Wolf Devil Woman as being outright psychedelic – a disorienting Pure Cinema indulgence that makes for some very loopy late-night viewing despite its limited means as a cheap-o production. It can’t pretend to be as controlled or as accomplished in its far-out psychedelia as triumphs like King Hu’s A Touch of Zen, but its bootleg quality as a VHS-era indie knockoff from the fringes of the genre only make it feel stranger, like a found object that tumbled far outside the boundaries of a proper wuxia canon.

Some of the ways Chang achieves this Bootleg Psychedelia effect are recognizably rooted in tradition: 2D animation visuals bolstering the effects budget; vibrantly colored gel lights affording the Demon’s lair a Suspiria vibe; wire work uplifting the martial arts sequences with the fantasy of flight (a wuxia mainstay), etc. Where Chang really goes off the rails is in her deployment of quick, recurrent cuts that repeat the same action over & over again in rapid-fire delirium. It’s a deliberately dissociative effect, best evidenced by the insanely omnipresent imagery of the titular wolfwoman ripping a live rabbit in half with her bare hands to illustrate her animalistic nature. As a revenge tale, Wolf Devil Woman is too predictable & languidly paced to merit much enthusiasm. As a stylistic exercise, however, it’s overflowing with delirious creative choices that dazzle the eye after hypnotizing you into that false calm. I believe the instinct to laugh the entire movie off as a joke because of a few goofy (budgetary-based) costume choices is selling these artistic merits short, but I’m still glad that at least one of Chang’s few feature film earned some kind of cultural notoriety. I wonder what she might have been able to achieve with bigger & better chances to express her vision onscreen, but like with so many female auteurs in the history of the Industry, her opportunities were frustratingly limited.

We don’t get to know what a better-supported Pearl Chang career might have yielded, but at least we got one cult gem out of the limited resources she was afforded.