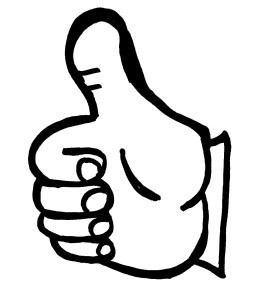 One of the things we often overlook when we get nostalgic about classic film noir is how shockingly cheap the genre was, at least the bulk of it. Slicker, major studio noir films like The Maltese Falcon packed the screen with gruffly handsome leading men & gorgeous femme fatales, but most noir pictures were from low-budget studios desperate to turn crime world sensationalism into tidy profits. Most classic noir is low-grade genre schlock that elevates its meager production values with an overbearing sense of style, especially in its adoption of German Expressionist lighting & cinematography. Edward G. Ulmer (who had once directed the German Expressionist-inspired horror classic The Black Cat for Universal) may have made the most quintessential example of this genre schlock alchemy. Ulmer’s Detour is the sweatiest, most explosively nervous noir I can ever remember seeing. Its limitations as a Poverty Row cheapie are apparent in every frame, and yet its overbearing sense of style & desperation achieve an overwhelming, nerve-racking effect throughout. It carries none of the suave, macho cool that major-studio noir is fondly remembered for; it’s cheap, sweaty, unglamorous, and incredibly exciting from start to end.

If you believe his dodgy, exponentially suspicious narration track, Detour‘s antihero protagonist isn’t even the hard-drinking criminal type we’re used to following as a noir lead. He’s merely a nightclub pianist hitch-hiking across the country to visit his out-of-town girlfriend. The way he tells it, he stumbles into his on-the-run outlaw status through no fault of his own, explaining, “That’s life. Whichever way you turn, Fate sticks out a foot to trip you.” Through a truly unhinged internal monologue he recounts how his hitch-hiking travels were derailed when he befriended a wealthy gangster and “accidentally” killed him, having to assume the dangerous, sought-after man’s identity in order to keep up the appearance he was still alive. The narration is frantically, deliriously overwritten. He never simply says “diner waitress” when descriptive slang like “hash-slinger” will do. “Hitch-hiking” is too glamorous of a term, so he opts for “thumbing rides.” Money is “little green things with George Washington’s picture that men slave for, commit crimes for, die for […] pieces of paper crawling with germs.” Given its limited budget for staging legitimate set pieces or action-thriller payoffs, the movie is essentially an hour-long rant about a shitty vacation delivered at a machine-gun pace. It’s like listening to someone recite the screenplay for Ida Lupino’s The Hitch-hiker from memory at the crescendo of a gnarly coke binge.

As with a lot of low-budget genre fare, every character in Detour is explosively, inexplicably angry with little to no provocation. This is especially true of our lead’s main foil, Vera (Ann Savage), the only stranger who instantly sees through his false identity to expose the fraud underneath. Just when you start to feel like Detour is missing the tough, dangerous women that make noir classics so enjoyable despite their overwhelming, hard-drinking machismo, Savage crashes into the frame full force like an 18-wheeler plowing through the walls of an all-night diner. If the nervous tension of the picture is already unbearable before she arrives, it’s outright lethal once she takes over the sketchy hitch-hiker’s life and pushes him further down his aimless path of petty crime. She’s chaotic & unglamorous in a way that would never be allowed in a mainstream picture – more feral animal than femme fatale. The movie builds its tension entirely off the narrator’s deliriously overwritten dialogue and the anarchic propulsion of Savage’s performance. The expressionistic touches of Ulmer’s eye are only set-dressing, contextualizing those core sources of nervous-energy as the hallmarks of a bad dream that only gets worse the longer it spirals out.

Detour is one of those select films that’s so cheap it was allowed to slip into the public domain but was still afforded the Criterion Collection restoration treatment. That better-late-than-never acclaim is totally understandable even without the cineaste prestige of Ulmer’s name in the credits. This is the exact kind of low-budget, high-tension noir filmmaking that inspired the chaotic, handheld immediacy of the French New Wave (among other devotees who loved noir as the nasty, forsaken schlock it truly was). It’s wildly, discomfortingly cheap, to the point where it feels as if it’s barely under Ulmer’s control even though nothing especially intricate or extravagant happens onscreen. It’s pure noir in that way, even though we nostalgically remember the genre being a little more polished & better-funded than it was in its Poverty Row majority.