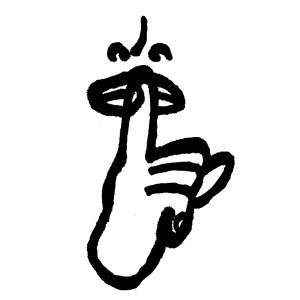 The most impressive, inspiring films are always the ones that achieve a transcendent artistic effect with subprofessional resources or distribution. By that metric, Tongues Untied is one of the most impressive films I’ve seen in a long while. Its means are severely limited by its VHS aesthetic & camcorder-level resources, which makes it initially register more as D.I.Y. video art than legitimized Cinema. Still, it pushes through that financial gatekeeping barrier to achieve a fantastic poetic effect that’s frequently surreal, furious, grief-stricken, hilarious, and erotic, sometimes all at once. The film’s distribution was controversial to the point of near-extinction, sparking a highly-publicized national debate about whether or not it should be allowed to be broadcast on the PBS network because of its explicit sexuality (no doubt largely due to that sexuality’s homosexual orientation). Still, it lives on decades later as one of the most vital, fearless documents of American gay life in its era, legendary on the same level as more frequently canonized works like Paris is Burning & The Queen. Tongues Untied is D.I.Y. filmmaking at its most potent and least timid, throwing stylistic & political punches far above its budgetary weight class and landing each one square on America’s crooked jaw.

At its core, this is an essay film about black gay life in the United States during the darkest days of the AIDS crisis. Building off the thesis that “Black men loving Black men is a revolutionary act,” a small sample of interviewees (including director Marlon Riggs himself) intimately share their life experiences as a kind of collective Oral History. They start by explaining how they’re outsiders in every community they inhabit, demonized & othered either through racism or through homophobia in every direction they turn. These confessionals gradually give way to an overt call to action as the film continues. They demand that more queer black men untie their tongues and become vocal about their own sexuality, so that their shared identity can become more normalized and less of a shamefully hidden peculiarity. The direct-to-the-camera messaging, photoshoot backdrops, and VHS patina of these interviews often recall a 90s anti-drug PSA or a local doc from a PBS affiliate, but the raw pain & sensuality of their stories smash through any potential aesthetic roadblocks. This is a doubly marginalized group who have to muster all of their collective strength just to be able to proclaim “We are worth wanting each other,” a revolutionary act after centuries of being told from all sides that they are worthless.

Even if it were just limited to these oral history interviews & editorials, the film would still be an essential document of black homosexual identity in late-80s America. Marlon Riggs pushes his work far beyond that humble act of self-anthropology, though, and instead aims to achieve pure cinematic poetry. Collaborating closely with the poet Essex Hemphill (who appears onscreen just as often as Riggs), he abstracts the interviews & essays at the core of the film by warping them into a layered, rhythmic vocal performance – as if all onscreen subjects were sharing the same artistic voice. The effect can be surreal or literary, making direct allusions to Ralph Ellison & Langston Hughes to tie the film into a black poetic tradition, and using a Gertrude Stein-style punishing repetition of phrases like “Brother to brother, brother to brother” to completely obliterate the audience’s senses. It can also be hilarious in a sketch comedy way, allowing for out-of-nowhere tangents into the sassy art of snapping or the playful sleaze of 1-900 dial-up phone sex. Most importantly, it unlocks the film’s full potential so that it’s not just a vocal diary of black gay men’s lived experiences but rather a soul-deep expression of all the pain, anger, lust, and joy they feel all at once within a society that would prefer they didn’t feel anything, or exist at all.

Tongues Untied uses the vocal rhythms and subliminal associations of poetry to crack its videotaped oral histories wide open, unlocking something much greater and more resonant than its means should allow. It is a transcendent work of art just as much as it is an anthropological time capsule, which makes it uniquely valuable to both cinephiles & political academics. There are plenty of examples of video art that pushed past the boundaries of fringe D.I.Y. experimentation to genuinely achieve cultural significance. However, I doubt there are many that could legitimately claim to be one of the greatest films of all time the way this scrappy, urgent VHS poetry relic could.