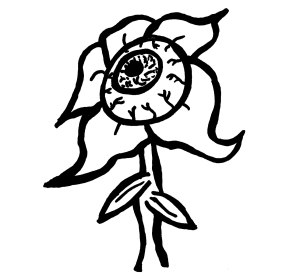 I often talk about how there’s no movie more difficult to enjoy than a comedy that isn’t funny and about how comedy is the genre that translates the least well across cultural barriers. That’s why I’m surprised to find myself so fascinated with the 1970s curio Adele Hasn’t Had Her Supper Yet – a corny, unfunny broad comedy that relies heavily on Czechoslovakian cultural tropes to sell its humor. Usually, when a comedy isn’t funny there just isn’t much else to chew on; the genre is almost entirely reliant on eliciting laughter from its audience to justify its existence. Adele Hasn’t Had Her Supper Yet is an unusual beast, though, as it pours just as much effort into its visual artistry as it does into delivering zany Jokes. Even though it isn’t the hi-larious good time it so desperately wants to be seen as, the artful visual craft of its buffoonery makes the experience totally worthwhile. The movie plays more like a comedic tangent from the tail end of the Czech New Wave than it does the Czech equivalent of Paul Blart: Mall Cop, even if its humor is on the same broad frequency.

Adele admittedly does attempt to bridge the cultural divide for American audiences by spoofing our own nationalistic sensibilities. The movie stars “America’s greatest detective from America’s greatest city” (NYC), throwing back to a macho Dick Tracy-style dime store crime novel archetype straight out of American pulp fiction. This modern Yankie cad version of Sherlock Holmes is hired by a Czech noblewoman to pursue a missing-person case in Prague. The only thing is that the missing person is her dog. And all the local Prague cops are good for is escorting him to local pubs with the best sausages and beer. Cue the Benny Hill-level musical jaunts to constantly remind the audience “This is hilarious!” at every step, even though the jokes themselves feel like Mel Brooks on one too many sleeping pills. There’s almost something adorable about the “Americans are like this, Czechs are like that” structure that guides film’s sense of humor, but the actual gags delivered through that apparatus are only really worth an occasional eye-roll and a “woof.” It’s cross-cultural Dad Humor.

Where the movie gets interesting is in the visual splendor of its mad-scientist villain’s evil deeds. You see, the noblewoman’s dog wasn’t kidnapped at all; it was eaten by a mad scientist’s carnivorous plant, which he trained to eat flesh on command to the sound of classical music. We visit the wicked doctor in his lab where he plays violin to woo mutant eyeball plants, who in turn weep at the beauty of the music. It’s all very Little Shop of Horrors, right down to the giant carnivorous plant being named Adele, which is not too far off from Audrey. It’s just so goddamn beautifully rendered, though. A mixture of traditional puppetry, hand-drawn animation, and stop-motion trickery (contributed by visual wizard Jan Švankmajer) is conjured to animate the plant-monsters as they perform the scientist’s commands, so that the central conflict feels more like it belongs in an surreal dream more than a broad, pre-ZAZ comedy. As the American detective catches onto the mad scientist’s evil deeds, he has to escalate his own crime-fighting tactics, which involves an exponentially complex array of Seussian steampunk contraptions. Their final showdown together eventually does reach the sense of comedic mania the film attempts to achieve via its Jokes throughout, and the movie ends on its strongest, funniest imagery as their rivalry gets increasingly out of hand.

The only movie I can think to compare Adele Hasn’t Had Her Supper Yet to is the Russian sci-fi comedy curio Ivan Vasilievich Changes Profession. Both films suffer a little of the cultural & contemporary disconnect of being comedies out of their place & time (at least from a modern American perspective) but overcome those barriers through a surrealist sense of visual whimsy. It’s that kind of overcompensating visual artistry that makes the corny jokes it’s in service of feel more adorable than unendurable. I can’t say that the film had me genuinely laughing, but I can say that I was thoroughly amused from start to end. My only real complaint is that I would’ve preferred to spend more time with the plant-monsters than with the cunning detective, but I suppose that’s what we have Švankmajer’s directorial outings for.