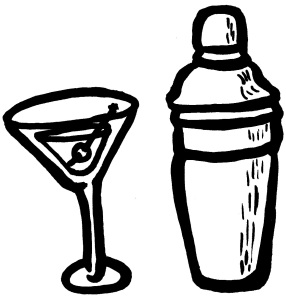 It’s incredible that I didn’t catch Bright Young Things when it was still fresh in the mid-aughts. I was in college at the time, and hopelessly attracted to mid-tier indie films about queer libertines who made fabulously debaucherous lives out of indulging in drugs & gender-fuckery: Party Monster, Breakfast on Pluto, The Naked Civil Servant, etc. (as well as their better-funded equivalent in titles like Velvet Goldmine and Hedwig & The Angry Inch). A portrait of wealthy 1930s socialites enjoying the lull between wars with some lavish drag parties, booze, and cocaine, the semi-historical biopic Bright Young Things would have majorly appealed to me at the time. It’s basically a slightly classier, extremely British version of Party Monster — distinguished only by its staggering cast: James McAvoy, Michael Sheen, Emily Mortimer, Stockard Channing, Dan Aykroyd, David Tennant, Jim Broadbent, Peter O’Toole, Richard E. Grant, Jim Carter, and one-time director Steven Fry. Even watching it for the first time now, I enjoyed the film far more than I should have. If I had seen it as an impressionable young lush in desperate need of fabulous, crossdressing wastoids to look up to, I almost certainly would have worn that cheap-o second-hand DVD to dust.

Smartly, the film chooses an outsider who aspirationally looks up to the Bright Young Things as its audience-surrogate protagonist, matching the wide-eyed admiration of its target audience. It’s easy to piss away your youth and inherited wealth if you’re born into affluence. It’s a much more difficult trick to pull off for a starving artist who’s living a Bohemian lifestyle because of their class rather than their whims. The best our protagonist writer in search of a steady paycheck can hope for is to be taken in as an amusing pet by his fabulously wealthy friends (while scrounging up some chump change publicizing their decadence in the tabloids under the pseudonym Mr. Chatterbox). It’s a grift that can only last so long, which works out fine since the Bright Young Things themselves could only use London as their personal playground for as long as the world was willing to sit idle between wars. It’s a brilliant POV for the film to take, since the writer’s main motivation is to tag along as his crossdressing, gin-guzzling friends quip and party-hop from one novelty amusement to the next. His “journey” as their adopted working-class pet lands close enough to the ideal audience’s POV to highlight the film’s main attractions (boozy fancy dress parties where jaded artsy types complain “I’ve never been so bored in my entire life” despite the never-ending carnival enveloping them), while also bland enough to not get in their way.

There’s probably an excellent movie to be made about how privileged, unfulfilling, and spiritually toxic the real-life Bright Young Things’ debauchery truly was, but this isn’t it. It makes some last-minute gestures towards that kind of criticism as the party inevitably ends, but its heart really isn’t in it. The movie is much more vibrantly alive in its earliest stretches where everything is champagne, cocaine, drag, and roses, which makes it more of an aspirational wealth fantasy than anything genuinely critical or introspective. And that’s okay! The cast is brimming with delightful performers, all allowed by Fry’s hands-off direction to be as exuberantly charming as they please (with only Tennant being tasked to play a slimy turd so that there’s a vague shape of a villain to feign conflict). I might have been charmed to the point of obsession had I caught this aspirational lush fantasy as a teenager, but even now I was charmed to the point of enjoying the film far more than it likely deserves. Everyone loves a good party, and unfortunately it takes a certain amount of money & lack of self-awareness to throw one. As a frivolous adult who has worn a tuxedo & lipstick combo to a party this year (pre-COVID, mind you; I’m not a monster), I was helpless to enjoying the spectatorship of these staged parties in particular, despite my better judgement.