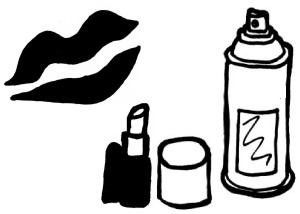 This summer’s flurry of internet outrage over the French coming-of-age drama Cuties completely derailed how I engage with movie discussions online. Once upon a time, Cuties was the kind of small festival-circuit indie drama that a few professional movie nerds would kick around on their Best of the Year recommendation lists and then promptly forget among the other thousands of docu-realist provocations just like it. Instead, its wide distribution through Netflix coincided with rabid QAnon conspiracy mania at the exact wrong time and it became the Bot Target of the week: a much-discussed but little-seen work that had been boiled down only to alarmist headlines & dogwhistles. By the time the film was available to the wide public, it was impossible to view it on its own terms, as it was already buried under a sea of preloaded online complaints – some legitimate (critiques of Netflix’s misrepresentative, Dance Moms-flavored marketing and its clichéd positioning of Muslim faith as a prison of Moral Conservatism) but most cruelly disingenuous (wild claims that it was “pedo-bait” that first-time director Maïmouna Doucouré should be jailed or even executed for creating, along with the entire entertainment industry at large). Excessive online discourse preceding any film’s release is already exhausting enough, but the sensationalist, death threat-generating controversies surrounding Cuties in particular shattered my spirit, to the point where I couldn’t engage with any of the bad-faith slander against it without becoming instantly apoplectic. It’s made me reluctant to discuss any movie with anyone outside the confines of this blog – yet another moment of social, cultural heartbreak in a year of never-ending grief.

Having now seen Cuties for myself long after the QAnon C.H.U.D.s have moved onto whatever arbitrary-target-of-the-week they’re currently bombarding, I wish I could say that there was nothing to the controversial uproar and that the movie was a harmless delight. I would love to claim that the most offensive part of watching the movie was when Netflix auto-played it with an English vocal dub instead of its original French-language audio track, then move onto calling it one of the year’s most misunderstood gems. That would be just as disingenuous as the film’s pre-release backlash (pre-lash?), though. The truth is that Cuties is an intensely uncomfortable watch; it’s just uncomfortable in the exact opposite way than what its most ghoulish detractors report. This is a film in which young children obsessed with hip-hop dance squad pageantry mimic & weaponize an adult realm of sexuality that they don’t yet fully understand. They twerk & grind in skimpy Fly Girl outfits as a kind of rebellious provocation, an insistence on prematurely growing up to escape the constrictions on personal freedom that frustrate every child. However, the only way these dramatizations of deliberately bratty behavior could be seen as immoral or socially harmful would be confusing its depiction for endorsement, a common occurrence in online discourse (which deals more in clickbait headlines & out-of-context clips than its targets’ actual substance). Cuties is an intentionally uncomfortable watch – one that’s clearly, explicitly alarmist about the sexualization of children’s bodies & minds. It’s conscious of how girls’ & women’s bodies are policed by religious & social institutions, a reality that makes aggressive, sexually provocative dance a form of personal-political rebellion. Still, it’s also horrified by how early access to the internet and highly-sexualized imagery warps these kids’ minds, sending out clear “Do you know where your children are?!” fearmongering to the audience, taking the exact “Save Our Children” moralist position as the people who’ve gotten the most outraged by its existence. You know, people (and bots) who never watched it.

Growing up in New Orleans, I’ve seen children twerk before. At least as far back as Cash Money Records “taking over for the ’99 and the 2000” I’d even call it a fairly common occurrence. While those kids are mimicking a sexually provocative style of dance, they’re not purposefully engaging in sexual behavior and no one really treats it as such. It’s more a cultural rite of passage than anything obscene. The discomfort of watching Cuties is that Doucouré’s camera does sexualize its pint-sized dance troupe’s twerking & grinding, filming their movements as if they were gyrations of women twice their age. It’s a deliberate provocation meant to question what harm pop culture & premature internet access might be doing to kids’ minds, which is made explicitly clear at least by its climactic scene in which an on-screen adult audience watches the central dance troupe’s erotic routine in total, visible disgust. Personally, I didn’t get much out of that line of moralistic handwringing about children’s exposure to sexually explicit pop culture (beyond the intended cringe reactions during some of the more outrageous dance sequences). I was more engaged by the drama of the main character’s journey of self-discovery, wherein she rebels against the constrictions of her home life by joining the bratty dance troupe that routinely causes a ruckus at school. Unfortunately, there’s just so much twerk-alarmist moralizing to sift through (both in the film and online) that the coming-of-age drama feels secondary and not entirely worth the effort, especially when there are films like The Fits, The Florida Project, Girlhood, and Water Lilies that already excel at what it’s struggling to accomplish.

I wish I liked Cuties more, if not only to justify all the mental exhaustion leftover from justifying its right to exist. It’s a mostly okay movie that distinguishes itself by taking some impressively daring swings at a culturally touchy subject – the kind of thing that in a better, recently memorable world would’ve led to divisive film festival reviews not a flood of online death threats. It hasn’t revolutionized the coming-of-age docu-drama in any way, but it has completely changed the way I look at and engage with online film discourse, especially among people I don’t already know & trust.