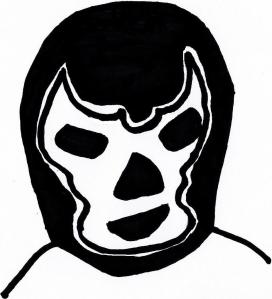 Between a few friends’ recently renewed enthusiasm for professional wrestling & my own recent introduction to the wrestling-heavy comic book series Love & Rockets, something happened in me last September: I started watching again. I’ve easily watched more pro wrestling in the past four months than I have in the last decade. A young fan during the sport’s famed Attitude Era, I lost my enthusiasm sometime in high school, a loss I now regret. Not keeping up with wrestling over the years meant missing out on large doses of my favorite two elements in popular media: camp & violence.

Approaching the sport as an adult, however, camp & violence weren’t entirely enough. I also craved context, something I never questioned as a teen. In addition to the countless matches I’ve watched in recent months, I’ve also been greedily consuming documentaries on the sport. The following list is the most helpful films I’ve found in my search for context. Together, they combine to explain to outsiders just what makes wrestling so fascinating & how it evolved to become the violent, campy spectacle it is today.

1. Beyond the Mat (1999) – Widely considered the Citizen Kane of the genre, Beyond the Mat is more of a love letter to the sport than an objective documentary. The 90s vibe is potent here. Vince McMahon is drunk on the power the Attitude Era has afforded him (a level of power he hadn’t tasted since the 80s). The close friendship detailed between hardcore legends Mick Foley & Terry Funk is movingly sincere. The devastating Jake “The Snake” Roberts scenes could conceivably have been research material for Aronofsky’s masterful film The Wrestler (right down to the troubled relationship with his daughter). The narrator’s urge to explain the basic appeal of a sport he loves, a sport that to many people “isn’t real” feels antiquated, but it’s more than forgivable given the time of production. If you’re looking for a beginner’s guide to appreciating pro wrestling as entertainment, this movie is a great place to start. If you already have any affection for the sport you will still love every minute of it, even when it makes you feel like shit.

2. Hitman Hart: Wrestling With Shadows (1998) – While Beyond the Mat documents the state of pro wrestling at the height of the Attitude Era, Wrestling With Shadows does a fine job of defining exactly what made that specific era so distinct. Wrestling icon Bret Hart struggles within the film to reconcile his own 80s-minded ideals of what the sport should be (especially in how it’s viewed by children) with the extreme late-90s direction it was going. There’s also some essential insight into Bret’s father, Stu Hart’s “The Dungeon” training room and the infamous Montreal Screwjob incident involving Bret. Both topics are interesting in how much the camera reveals as well as what it withholds. Is there more to the story than what we’re told? Hard to tell, but it’s still very informative even when mysterious. Unfortunately, Wrestling With Shadows also boasts the worst soundtrack I’ve ever, ever encountered in a documentary (a depressingly common problem with the genre). It’s a truly laughable distraction in an otherwise entertaining movie.

3. I’m From Hollywood (1989) – Andy Kaufman’s posthumous “documentary” (more of a mockumentary, really) about his wrestling career is unambiguously an angle, a continuation of an in-ring storyline. In the 80’s Kaufman fashioned himself an infamously effective heel by proclaiming himself the Inter-gender Wrestling Champion and challenging women in the audience to step up as his opponents. This escalated to a very public feud with wrestler Jerry “The King” Lawler that both men sold beautifully. It’s both amazing & unsurprising how well pro wrestling fit into Kaufman’s fucking-with-your-reality style of comedy. In its finest moments I’m From Hollywood is a document of how the demented, proto-Tim Heidecker genius Kaufman utilized the sport as a form of high art. It works best when interviewees like Jerry Lawler & the late Robin Williams are committed to the joke, as opposed to folks like Tony Danza who refuse to play along.

4. GLOW: The Story of the Gorgeous Ladies of Wrestling (2012) – A few of the docs on this list play into the self-aggrandizing of wrestling promos that make their subjects sound like The Best Thing Ever. The GLOW documentary excels at this showy brand of self-promotion that’s so inherent to the sport; it really does make GLOW look & sound way better than it could have conceivably been. This makes sense, considering the 80s wrestling company/television show it documents (“the only all-female wrestling show there’s ever been”) was firmly invested in the entertainment end of “sports entertainment”. The Gorgeous Ladies of Wrestling could wrestle, no doubt, but they mostly started as amateurs (hopeful actresses & models) roped into the business in boy-band levels of commercial-minded schemes & manipulation. The story of GLOW is the story of a brief, unlikely cultural phenomenon fueled by 80s glam, over-the-top camp, novelty rapping, and genuine beasts & bad-asses. All of this precious material is backed up by a wealth of televised footage to support the interviews & the best soundtrack of any film on this list (provided by outsider post-punk geniuses ESG).

5. Barbed Wire City: The Unauthorized Story of ECW (2013) – It’s difficult to find a truthful, comprehensive look into the legendary Extreme Championship Wrestling promotion among the various failed attempts. Barbed Wire City is a godsend of a corrective to that problem. Easily the best take on the subject to date, it features interviews from both world-class shit-talker (and morally-questionable businessman) Paul Hayman and the very people he built up & arguably screwed over. Barbed Wire City also postures ECW as the wrestling equivalent of the Roger Corman Film School, where talents would develop ideas & characters in a gritty environment before moving onto the big leagues (to the organization’s demise). It distinguishes itself from other docs in the genre by featuring interviews with old-school ECW fans (including a dorked-out Billy Corgan) who helped make organization special just as much as the performers did. Its actually-listenable post-rock soundtrack also assists in making it a godsend among its peers.

6. The Unreal Story of Professional Wrestling (1999) – A (mildly-condescending) history of old-school “wrasslin”, The Unreal Story explains how pro wrestling adapted from traveling circus to television mainstay. Although Steve Allen’s snarky narration in this TV doc prevents it from achieving the heartfelt love-letter status of Beyond the Mat, it does a great job of giving the evolution of the sport a historical context. My favorite outlandish claim from The Unreal Story is that Egyptian hieroglyphics depicting wrestling came with ancient promos that included insults threatening to make opponents “bleed before the Pharaoh” . . . brother. Not only is this history lesson informative (especially in its profiles of old greats like Gorgeous George & Ricki Starr), but it also offers a strange perspective of a time when 90s media did not know how to handle the Attitude Era’s sudden surge in popularity except to look backwards.

7. Lipstick & Dynamite, Piss & Vinegar: The First Ladies of Wrestling (2004) – A fascinating profile of the pioneer crop of 1950’s women wrestlers, it’s mostly comprised of modern interviews fleshed out with brief clips of televised matches, photographs, stock footage & era-defining television clips from game & variety shows. I’ve seen a few lackluster wrestling documentaries that are put together this way, but Lipstick avoids mediocrity by giving a mic to women who rarely get to speak at length & covering a subject that rarely gets its due time in the spotlight. It also serves as an interesting account of how pro wrestling evolved from the traveling carnival circuit to television, making it a sort of companion piece to The Unreal Story. At the very least, it’s like spending 90min kicking back a six-pack with the world’s coolest, most foul-mouthed old biddies.

8. Scott Hall: The Wrestler (2011) – A 20min ESPN short recommended for those who aren’t depressed enough by Jake “The Snake” Roberts’ story arc in Beyond the Mat. Documenting “Razor Ramon”/Scott Hall’s struggles with substance abuse, his own role as an absent father and the damage pro wrestling has inflicted on his body & his mind, the intimacy of this movie will destroy you. For folks seeking fame & recognition within pro wrestling, this doc should serve as a reminder to take care of themselves in the process.

9. MTV’s True Life: I’m A Pro Wrestler (1999) – This trifle boasts some valuable locker-room footage from the Attitude Era that serves as a strange time capsule of both a period when wrestling was a white-hot commodity and when performers Chyna & HHH were white-hot romantically. Most importantly, though, there’s some essential insight into the toll the training process can take on a fresh body as well as the dedication it takes to survive that toll. The short-form doc is a tryptic depicting life before, during, and after pro wrestling fame, a surprisingly balanced & thoughtful approach, considering it’s an MTV production.

10. Pinfall (2011) – An even more focused look at the pro wrestling training process than the True Life episode mentioned above, this small-scale short follows British wrestling fan & amateur filmmaker Adam Pacitti as he attempts to train for a wrestling match in just one month’s time. Pacitti initially enters the process with the wrong mentality & wrong physicality (especially in regards to his belief that he could properly train within a month) and is relentlessly punished for his naivety. In its most valuable contributions to the genre, the film offers both a unique look at the exact training patterns new wrestlers must follow as well as the disconnect between the hubris of what a fan believes they can accomplish in the ring & the harsh realities of a sport outsiders don’t believe to be “real” at all.