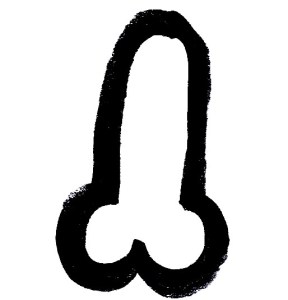 1. Ask Any Buddy – A post-modern mash-up of clips from 125 golden-era hardcore films, loosely constructing a morning-to-night day in the life of a post-Stonewall gay male archetype (one with an incredibly bustling sex life). Transgressive D.I.Y. outsider art that could easily be tediously academic or pointlessly provocative in the wrong hands, but instead comes across as a playful, genuinely loving catalog of tropes & narrative throughlines clearly assembled by a true fan of the supposedly low-brow, disreputable film genre.

2. We Are Little Zombies – Four orphans meet at their parents’ simultaneous funerals and run away to form a surprisingly successful pop punk band. One of those movies where every single in-the-moment comedic gag & tangential flight of whimsy makes you shout “That’s so cool!” at the screen. Pushes the twee video game nostalgia aesthetics everyone drools over in Scott Pilgrim to much more exciting, surprising extremes; just absolutely overflowing with creativity.

3. The Wolf House – A nightmare experiment in stop-motion animation that filters atrocities committed by exiled-Nazi communes in Chile through a loose, haunting fairy tale narrative. It’s a relentlessly grotesque display, one that fully conveys the hideous evils of its allegory’s real-life parallels even if you aren’t familiar with that particular pocket of fascism history.

4. The Twentieth Century – A gorgeous, absurdist fantasy piece that retells the history of Canadian governance as “one failed orgasm after another.” It’s like Guy Maddin directing an especially kinky Kids in the Hall sketch, stumbling out into feature length in a dreamlike stupor. A German Expressionist farce that features tongue-in-cheek drag routines & ejaculating cacti; I couldn’t help but love it.

6. Possessor – Apparently Brandon Cronenberg took note of the often-repeated observation that Andrea Riseborough loses herself in roles to the point of being unrecognizable, and built an entire fucked up sci-fi horror about the loss of Identity around it. A damn good one too.

7. Deerskin – An absurdist thriller from Rubber director Quentin Dupieux about a vapid man whose obsessive love for his own deerskin jacket leads him to a life of crime, including serial murder. Consistently funny, but also incredibly vicious when it wants to be. Works as a macho counterpart to In Fabric, but more importantly it’s an excellent joke at the expense of Male Vanity (including the vanity of making an entire movie about a deerskin jacket).

8. Color Out of Space – Richard Stanley returns to the director’s chair after decades of mysterious exile to adapt an H.P. Lovecraft short story about a meteor crash and an Evil Color. Genuinely just as upsetting as anything Stanley accomplished in Hardware, if not more so. I mostly saw it as a traumatic nightmare movie about cancer tearing a family apart, 80s throwback vibes & Nic Cage affectations aside.

9. Horse Girl – A woman-on-the-verge mental illness drama filtered through a trippy sci-fi narrative. In my eyes, the most shamefully underrated movie of the year. It’s like watching the first half-hour of a mumblecore movie and then, bam, you’re in the third act of Bug . . . Then again, I always seem to enjoy Jeff Baena movies at least 30% more than everyone else and I don’t know why that is.

10. Emma. – A basic appreciation of the Jane Austen source material is a requirement at the door, since it’s a super faithful adaptation, but this is coldly hilarious and gorgeously composed from start to end. The dips into thoughtless cruelty hit just as hard as the physical comedy, both of which are majorly enhanced by the buttoned-up tension of the setting. Each performance is aces; ditto the confectionery production design & the deviously playful costuming. Just a pure, icy delight.

11. Zombi Child – A from-the-ground-up renovation of the zombie film, one that directly reckons with the genre’s racist, colonialist history onscreen and the untapped potential of its roots in genuine Voodoo religious practices. Somehow evokes both Michael Haneke’s cold, academic political provocations and Celine Sciamma’s emotionally rich coming-of-age narratives while still ultimately delivering the genre goods teased in its title.

12. Impetigore – An Indonesian ghost story about the lingering evils of communal betrayal & inherited wealth (and horrific violence against children in particular, it should be said). This walks a difficult balance of being gradually, severely fucked up without rubbing your face in its Extreme Gore moments. Handsomely staged, efficiently creepy beyond the shock of its imagery, and complicated enough in its mythology that it’s not just a simple morality play.

13. Host – Basically a kindler, gentler Unfriended with actually likeable characters (I don’t think that necessarily makes it an improvement, but it’s at least a different flavor). It’s also got a lot of COVID-lockdown specific details that make it extra eerie in a way that really leans into the of-the-moment documentary quality of these tech-driven horror novelties. Big fan of both the genre and this example of it.

14. Swallow – An eerie, darkly humorous thriller in the style of Todd Haynes’s Safe, in which a newly pregnant woman is compulsively drawn to swallowing inedible objects, much to the frustration of her overly-controlling family & doctors. Appearing like a scared child in June Cleaver housewife drag, Hayley Bennett conveys a horrific lack of confidence & self-determination in every gesture. Her fragility & despondence under the control of her wealthy, emotionally abusive family make you want to celebrate her newfound, deeply personal path to fulfillment, even though it very well might kill her. As she snacks on fistfuls of garden soil while watching trash TV instead of obeying her family’s orders all I could think was “Good for her!”

15. Vivarium – Imogen Poots & Jesse Eisenberg are a young couple in search of a suburban starter home to begin their life together, only to get trapped in a hellishly bland eternity of supernatural imprisonment in that very abode. I knew this was going to be grim & abrasive. I didn’t know that it was going to be so Funny. A humorously cruel sci-fi chiller about resenting your own spouse & child (one that I’m not surprised is so divisive, since the child is 1000x more shrill & frustrating than even the kid in The Babadook).

16. Bacurau – A delicately surreal sci-fi take on “The Most Dangerous Game” that’s so gradually, subtly escalated that you don’t notice how truly batshit it is until you’re deep in the thick of it. Uses familiar tropes & techniques to tell a story we’ve all heard before in a new style & context that achieves something freshly exciting with those antique building blocks. In other words, it’s genre filmmaking at its finest.

17. The Invisible Man – This was excellent, but Remake Culture is just getting so out of hand. Are we so out of ideas that we need the Upgrade guy remaking Unsane only two years after the Soderbergh original? Shameful.

18. You Cannot Kill David Arquette – A documentary that chronicles Arquette’s recent self-destructive campaign to win over pissy wrestling fans who are somehow still mad about a silly angle from over 20 years ago. A really fun, surprisingly emotional watch. Reminded me a lot of the Andy Kaufman “documentary” I’m From Hollywood (one of my all-time fav wrestling movies) in how it mixes reality & self-mythology to become a wrestling angle & performance art project in itself.

19. The Shock of the Future – Alma Jodorowsky stars as a fictional synthpop composer in late-70s Paris. This is almost 100% aesthetic posturing; its entire thesis is that synths sound cool-as-fuck and women didn’t get enough credit for pioneering their use. It’s not wrong; synths and the women behind them are incredibly cool and, apparently, endlessly watchable. There’s also something super relatable about watching someone work tirelessly alone in their apartment on art no one else in the world cares about; feels very of-the-moment even though it’s a nostalgia piece.