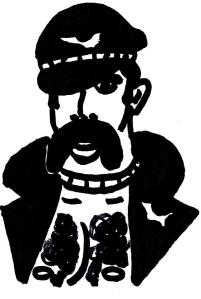 Sometimes it takes more than one of us to tackle a film. Those are the times when we need a Swampchat.

Brandon:
Britnee, I took your recommendation on watching the Steve Guttenberg/Village People vehicle Can’t Stop The Music for its value as a camp fest and I gotta admit: it was thoroughly insane. The weird-ass costumes people wear to the disco, the Rock & Roll High School dance number at the YMCA, the impromptu backyard disco concerts (which are not a thing), Steve Guttenberg rollerskating to maddeningly repetitious lyrics about “New York, New York, New York”: the movie’s got a lot of weird energy. I’m not saying everyone was on cocaine, but c’mon, everyone was on cocaine. The characters talk incredibly fast, rapidly moving on from task to task like little chatty raccoons. When one character offers Guttenberg’s goofy DJ a joint it seems so out of place because marijuana is most definitely not these people’s drug.

The cocaine use isn’t the only thing that’s swept under the rug either. I find it so strange that The Village People, a pop group so conspicuously catered to fit disco’s gay audience, would star in a movie that pretends to be so fiercely heterosexual. I realize that it’s unrealistic to expect a PG comedy from 1980 to display its homosexuality openly, but this was also the year of Friedkin’s Cruising, so I’d at least expect something a little more than just offhand details like a flaming-baton twirler who proclaims “I’m James and flame’s my game.” I wonder if even the straight audience was rolling its eyes at the central “Are they gonna get together?” heterosexual romance the film didn’t need or deserve. As the story jumps around from one insane, loosely tied together scene to another I got the feeling that I was watching less of a professionally-made movie and more of a coked-out drag show trying its damnedest to come across as the heterosexual dance party it definitely is not.

Britnee, does the movie’s refusal to acknowledge its subject’s inherent homosexuality hold the film back or does it make for a more interesting viewing experience as a time capsule of a 1980 bias?

Britnee:
Prior to my first viewing of Can’t Stop the Music, I really expected it to have a good bit of homosexuality. The Village People were brought together to target the gay disco scene by French disco producer, Jacques Morali (sounds a bit like Jack Morell, right?), so they’ve always been a big deal to the LGBT community. Until this day it’s hard to go into a gay club and not hear “Go West” or “Y.M.C.A.” blaring in the background. Needless to say, I was disappointed by the amount of heterosexual romance in the film. It sort of made certain scenes difficult to watch, knowing that this was the time for homosexuality to shine. I guess the crew behind the film didn’t want to take a chance by going in that direction, which is a complete and utter shame.

The absence of much needed homosexuality really did hold the film back from being almost revolutionary. I have yet to see Cruising, but I remember reading about how much the gay community really disliked the film. If only a film that really celebrated homosexuality would’ve came out around the same time as Cruising, but no, Can’t Stop the Music didn’t have the balls to do so. As we all know, films that are daring and ahead of their time are the most memorable, so I can’t help but think about what the film would be known as today if the producers and writers were braver. I’m not saying that it would have Gone with the Wind status, but it would probably have a much larger cult following like the Rocky Horror Picture Show. Well, maybe not that large, but it would be way much bigger than it is today.

Brandon, do you think that the film is ok as just a campy classic or with better writing, acting, directing, etc., that it would’ve had a chance at being a memorable movie musical?

Brandon:
Honestly, I don’t think the movie ever stood a chance. Its basic premise required two things: rushing into production while both The Village People (and disco in general) were still hot commodities & also offering a product that was appealing to the widest possible audience. There was obviously a lot of pressure to clean up their act for discerning, “wholesome” movie-going families, which is why you get Steve Guttenberg, Bruce Jenner, and a flirtatious party girl eating up the runtime while The Village People themselves take a back seat. The writers still obviously had a little bit of fun sneaking naughty dialogue into the script. Lines like “You rotten pussy,” “Nice box,” “You sure get up quick,” “What were you doing? Cruising down Times Square?” and “Anyone who can swallow two snowballs and a dingdong shouldn’t have trouble with pride” stand out as writer’s room mischief. Then there’s the nudity in the “YMCA” dance-number, which you pointed out in your review. Either the censors were willing to let a lot more slide in 1980 or they fell asleep during the opening “The Sound of the City” number. It’s a shame the writers weren’t set free from the sanitized worldview presented in the film, but the film would never have been made otherwise. Turning The Village People into a cash grab meant making them as commercially-viable as possible & stripping them of any countercultural tendencies.

Another reason why the film was doomed from the start: disco is not suited for the movie musical format. Disco is dance music. You sweat to it, forgetting where you are for long periods of time as the repetition thumps all around you. Musicals need the songs to further the plot line, to flesh out a character’s story arc as they dance out their emotions. The repetition of disco makes a movie feel like it’s treading water. It can be maddening in a musical context. Both Xanadu & Staying Alive suffered from a similar downfall at disco’s repetitious nature in the same era of Can’t Stop the Music’s release.

Britnee, I trust you as a greater authority on both disco & musicals. Are the two formats irreconcilable? Was a truly great disco musical an impossible dream?

Britnee:
Personally, I really do enjoy disco musicals. Disco music is upbeat, catchy, exciting, and fits in perfectly into the musical experience. Of course, disco musicals usually don’t do a great job of having deep, serious story lines, but I think that’s what makes them so much fun. Sometimes it’s nice to watch something just for the entertainment value and nothing more. They may not do very well in the movie format, but when it comes to the stage, they’re much more successful. For instance, the Xanadu film is considered to be a catastrophe, even though I absolutely adore it. I was in love with Xanadu before I developed an interest in reading movie reviews, so I was completely heartbroken when I realized that so many critics disliked it. In recent years, Xanadu has become an award-winning Broadway musical, and although the story was changed up a bit, disco was still present in the production.

I really think the same thing can be done with Can’t Stop the Music. The ingredients for an amazing musical are there, but the recipe is a little off. One of the biggest mistakes in the film was that just about all of the songs were presented in a music video/live performance format and seemed so out of place. They should’ve blended with the scenes and involved other members of the cast participating in the singing. If a couple of brilliant minds would get together and work on remaking Can’t Stop the Music, it has the possibility of being a great musical. The reboot might not do very well on the big screen, but it definitely has the potential to be a Broadway hit. That would be a dream come true!

Britnee:
Describing Can’t Stop the Music is a difficult task because nothing in the film makes sense, but it’s heaps of fun to watch. I wish I could go back in time to the late 70’s and put a stop to all of the film’s unnecessary heterosexual love. I would also demand more focus on the members of The Village People since the musical was supposed to be about them. If only time travel was more achievable! Maybe all of my wishes will be granted with a reboot in the form of a Broadway production?

Brandon:
I definitely think you’re onto something with the Broadway (or even off-Broadway) idea for a reboot. Hell, live disco musicals worked pretty well for both Mamma Mia! & (more recently) Priscilla, Queen of the Desert. Why not Can’t Stop the Music? I absolutely adore the Xanadu film as well, but I’m not going to pretend it’s not an objectively bad movie and I’m sure a lot of the Broadway audience felt the same way. It’s one of those properties you love for their faults & I could totally see a live performance being the perfect way to celebrate that spirit. Similarly, Can’t Stop the Music could be a blast with a live atmosphere, maybe even with dancefloor breaks so you can groove with the glitter-coated performers and run to the bar for drinks. There’s even a built-in title waiting to go: Can’t Stop the Musical! Talk about a dream come true!

I’m glad the movie version exists as is, though, even if the songs could’ve been incorporated better. In some ways the movie might benefit from having so much subtext covered up with its half-assed heterosexual posturing. Sometimes the transgression of the gay movie under the surface aching to peak its head out makes for interesting energy the film wouldn’t have otherwise. For instance, there’s the scene where The Village People sing “It’s time for liberation!” (in a film where they’re far from liberated) and there are weird details in the set design at their impromptu disco concert (again, not a thing) that look eerily similar to the patio from Friedkin’s other controversial gay movie The Boys in the Band (which you really should see in addition to Cruising; time has been kind to both). I obviously still would’ve wanted to see Can’t Stop the Music if it were more open about its inherent sexuality, but it made for a more complicated, memorable experience in its self-denial. Maybe we’ll one day be able to write a more honest version with a Can’t Stop the Musical, but as a cultural document & a bizarre viewing experience Can’t Stop the Music is engaging enough in its current, compromised state.