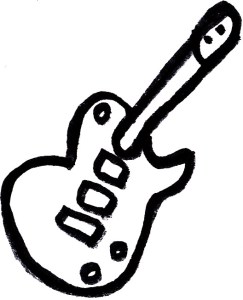 At this point in time, twenty years after his untimely death, Kurt Cobain’s life is a fairly well-documented story. It’s not initially a problem, then, that the documentary Montage of Heck is so dedicated to the “montage” part of its title. Creating an impressionistic image of Cobain as a person instead of a rock idol through a series of almost entirely disconnected sounds & images, Montage of Heck is very light on information & heavy on aesthetic. At first this whirlwind of glimpses into Cobain’s childhood photos, personal journals, anecdotes, and cultural influences is overwhelmingly captivating, feeling like it has the potential to be the best document about a musician since (my personal favorite) The Devil & Daniel Johnston. However, once Cobain’s drug addiction & marriage to Courtney Love hijack the narrative, this lack of substance becomes a much uglier, much less engaging proposition.

Much like with last year’s dark comedy Frank, Montage of Heck is mostly focused on the idea that fame is not always a positive influence for artists, regardless of the quality of their work. Surrounded by far too many ecstatic fans & scrutinizing journalists Cobain shrinks into himself and turns to drug abuse as a coping mechanism. Seemingly completely disinterested in how his music was produced or the cultural climate that surrounded it, Montage of Heck strips Cobain of everything that makes him special, instead just posing him as a normal dude who happened to write some great songs. At first this every-guy approach is fascinating, playing right into punk’s traditional DIY ethos. Once heroin takes over and his music career begins to fade, however, the story becomes much less engaging. It’s a lot more difficult to be interested in an every-guy when he’s babbling & nodding off instead of making art with his friends.

It’s of course possible that this energy shift was entirely intentional. The early kinetic montage of the film looks & sounds absolutely great, like a top notch music video, and is effectively snuffed out by a somber, heroin-induced letdown of a finale. In a lot of ways this mirrors Cobain’s actual life: a burst of creative energy stopped short & made less special by substance abuse. As an anti-drug PSA, Montage of Heck is pretty damn effective, but as a documentary it’s very thin on the information end, so when it loses its momentum to heroin addiction, there’s not much else to hold onto. If it had either kept the same structure, but included more interviews or somehow kept up the impressionistic montage weirdness of its first half, Montage of Heck could’ve easily been one of the most incredible documentaries of all time. As is, it’s pretty good, but feels divided & misshapen, like it desperately needed a push in a more confident direction.