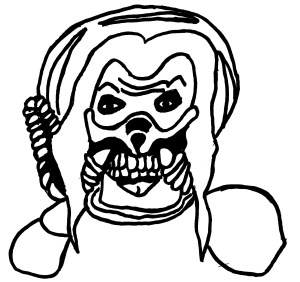 So, I’m a little late to the table with my review for George Miller’s 30-years-late-to-the-table Mad Max sequel Fury Road. There are a few various reasons for this delay. Before I went to the cinema, I wanted to contextualize the film in the grand scheme of Miller’s bizarrely disparate catalog, so I watched everything he’s directed so far. During this time, I got to revisit some all-time favorites like The Road Warrior & The Witches of Eastwick, discover some new bizarre worlds like in Babe: Pig in the City, and experience the excruciating, frozen depths of Hell thanks to the Happy Feet franchise. It was a confusing time. By the time I made it to the theater for Fury Road, the excitement surrounding the film had reached a fever pitch among a dedicated few who had already seen the film many times over. It’s crazy to think that with the amount of buzz this film has earned it’s never reached the number one spot at the box office, losing out to films critics have been understandably less enthusiastic about: San Andreas, Tomorrowland, and Pitch Perfect 2. This dichotomy of ignored-by-many, obsessively-loved-by-few pretty much sealed Fury Road’s fate as instant cult classic, one that will surely be remembered for far longer than San Andreas or Tomorrowland, before I even got a taste of its ridiculous charms.

During the initial you-gotta-see-this frenzy surrounding the film, I missed a lot of opportunity to find new things to say about it. All I can really do at this point is echo the praise. Yes, it’s one of the best action films released in years. Yes, it has surprisingly satisfying feminist bent for something so thoroughly violent. Yes, it’s an incredible technical feat stuffed to the gills with impressive practical stunts & confident art design. In a time where a lot of movies, such as Zombeavers & WolfCop, intentionally aim for a cult film aesthetic, it’s refreshing when something as authentically bizarre as Fury Road comes along and earns its rabid, isolated fan base naturally. Although the movie is less than a month old, it’s already gathered a cult following so strong that I doubt that there’s any praise I can throw at the film that hasn’t already been bested elsewhere. I loved the film. I thought it was fantastic, wonderfully distinct, up there with The Road Warrior, The Witches of Eastwick, and Pig in the City as one of the best things Miller has ever released onto the world. I still feel like that’s merely faint praise when compared to some of the more hyperbolic reactions out there. Because it’s not my favorite movie of all time, or even my favorite of the year so far, it might be best if I back off a bit from saying anything even vaguely critical and just say it’s great & I’m glad so many people love it.

That only leaves room for a couple details that I feel haven’t been addressed loudly enough. Firstly, it’s been said that because Miller filmed Fury Road in 2D and the 3D release was created in post-production, the 2D release is the superior viewing choice. Having now seen the film in both formats (another reason for the delayed review), I’d advise you to ignore that common wisdom. I enjoyed the 3D version of Fury Road immensely. It not only highlighted in the impressive depth of the chase scenes’ bizarre imagery, but also added a classic drive-in aesthetic layer to the film’s cult movie vibe. I think it’s worthwhile to see the film in 3D while it’s still an option, since it’s less likely you’ll be able to once it leaves the theaters. Another aspect of the film that’s been somewhat overshadowed is the strength of its central villain. A lot has been said about the badass character design & story arcs of Charlize Theron’s Furiosa, Tom Hardy’s Max, Nicholas Hoult’s Nux, and whoever the Hell played that weirdo guitar dude, but not nearly enough ink has been spilled on the central antagonist, Immortan Joe. Joe is a nightmarish brute, truly terrifying in both his abusive actions & basic look. When he gets his eventual comeuppance it’s a thoroughly satisfying moment, a fitful end to an eccentric villain who belongs to be recognized along with names like Darth Vader, Cruella DeVille and Freddy Krueger as one of the greatest of all time. Like a Jason Voorhees or a Michael Myers in their respective franchises, Immortan Joe is a large part of what makes Fury Road feel so special.

That’s about all I have to add to the already endless Mad Max conversation. I’d urge you to go see the film, but it’s likely that you already have. I’d praise its charms, but there’s little I can say that hasn’t already been hyperbolically topped. I’d pick at its (very few) faults, but there’s no point in deflating any of the air out of the party balloons. It makes me so happy that a film this strange has been exalted this high this quickly, so there’s not much left to do except to bask in its glory and try to get over these Immortan Joe nightmares. Maybe they’ll stop before I get to Valhalla, but probably not. At least I have these cans of silver spray paint to see me through in the mean time.