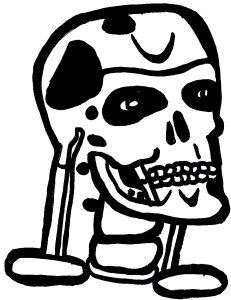 In the recent flood of reboots, remakes, reimaginings and good, old-fashioned sequels that have effectively taken over Hollywood, there’s been an occasional uproar about what these films are doing to the credibility of the films they’re resurrecting. A few rehashes of long-dead properties have been lauded as critical darlings (such as the fever dream action monster Mad Max: Fury Road), but a lot of them have been met with aploplectic rage, such as Paul Feig’s not-even-released-yet take on Ghostbusters. Part of what Feig is getting flack for is tampering with the original formula, trying his damnedest to give his reboot its own reason to exist, and being met with a resounding opposition that claims he’s “ruining their childhood.” It’s sort of a damned-if-you-do, damned-if-you-don’t endeavor, creatively speaking, since studios are pouring so much money into these retreads instead of fresh material, but it’d also be entirely pointless to just remake the original film faithfully, except with temporal markers like smart phones & drone-operated cameras to provide modern context (like in the utterly useless Poltergeist remake).

Terminator Genisys has a fun time not only acknowledging the fact that reboots & sequels have a tendency to tarnish the memory of the films that came before them (according to a hypersensitive few), but it revels in the idea. Using the time travel paradox theme from the first couple films in the series, Genisys tinkers with & dismantles its predecessors in a dismissive, disrespectful way that feels alarmingly bold for a film that eventually amounts to a long string of chase scenes. The first hour of the film features a jumble of timelines that interact not only with the 1984 & 1991 stories told in The Terminator & T-2: Judgement Day, but also fleshes out some of the 2024 revolution, makes a pitstop in 1972 that changes the whole game of the first film, and sets up an entirely new Skynet timeline that needs to be dismantled in 2017. It’s a doozy of an opening sequence that features cheap, literal imitations of exact scenes from the earlier movies & repurposes them for its own ends, the implications of how it unravels the first two films be damned. I respect its moxy in this respect, even if the execution was far from flawless.

There’s a televised news report in Terminator Genisys that features the hilariously self-aware headline “Has Genisys gone too far?” This plays like a direct nod to how the film is not only disrespectful to its audience as Terminator fans, but also calls them out as a bunch of technology-obsessed dolts who would allow a computer program to end human existence as long as it promised to make their lives easier. The idea of a killer app that links all of the world’s smartphone technology into one conveniently vulnerable control is far from unique. At the very least, I’ve already seen that concept play out twice this year in Furious 7 & Avengers: Age of Ultron. It’s still interesting to see it tie into an action movie’s larger overriding idea that its own audience is worth disdain. There are so many shots of people emptily gazing into their smart phones as a doomsday scenario swirls around them that even Arnold Schwarzenegger’s give-the-people-what-they-want one-liners like “I’ll be back” feel like a dig at the audience’s expectations. It’s so weird to see a film both fulfil movie-goer’s desire to see an old scenario play out yet again & subvert that desire by tearing apart the timelines of the original films by making them irrelevant, or as Schwarzenegger’s cyborg says of himself in this film, obsolete.

Speaking of Arnold, he’s the only enjoyable member of the film’s cast, performing with a weary, but endearing charm that says both “I’m too old for this shit” & “This is all I know how to do”. As a lifelong fan, I’m delighted by the idea of Arnold stretching himself to try new things, but if that means more snoozers like Maggie instead of the one-liner-fueled killing machine performances like in Genisys & the surprisingly enjoyable The Last Stand, I’m also more than happy to just see him filling this role for the rest of his life. No one else in the cast makes much of an impression at all, which (along with a who-cares 2017 climax sequence) tampers my enthusiasm for the film a bit, but that’s okay too.

Look, this is a franchise that’s already been dragged through the mud. Its first two entries are undeniable classics, but Terminator 3 & worse yet, Salvation weren’t exactly memorable cinema. Although I admire Terminator Genisys‘ mission to go back in time & effectively murder its predecessors, it’s an impossible mission. No matter what, those movies still exist & they’re still great. You can revisit your un-ruined childhood anytime you want through Netflix or blu-Rays or murderous smart phone apps or whatever you like, really. They’re still there. We just now also have a serviceable sequel that jumbles the timelines of those films into a barely-coherent mess just to watch its audience squirm under the pressure. I happen to find that tactic pretty hilarious, even if it did have trouble sticking the landing.