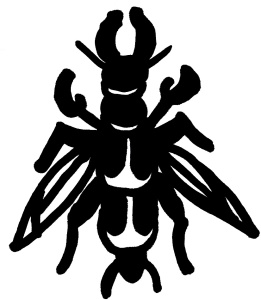 I approached this movie with ambiguous feelings. Since beginning this journey, I’ve cited Phenomena as my favorite Dario Argento movie in several reviews, and as its time in the spotlight grew nearer, I felt some trepidation about whether or not it would live up to my memories. I hadn’t seen it in over five years, and I was concerned that my recollection of it as a pitch-perfect film would be ruined upon revisitation. As it turns out, it’s even more beautiful than I remember, and still holds its place as not only my favorite Argento, but as one of my favorite movies period, regardless of genre. There are some superficial similarities to Suspiria, given the setting and the protagonist, but Phenomena is undoubtedly its own movie, and a departure from Argento’s other movies in that it contains very few of his common elements. There are no attempts to recall and decipher a misunderstood or misremembered clue. None of the violence is sexualized. The main character and the detective investigating the series of crimes don’t meet until they both wind up in the killer’s dungeon in the final act. The main character is not an artist, and the resolution of the mystery, while unforeseeable, doesn’t feel like a cheat.

It occurs to me that I haven’t defined what “giallo” actually means in any of my reviews. When the works of English-language mystery novelists like Agatha Christie, Raymond Chandler, Ellery Queen, and my man Ed McBain were first translated into Italian, they were exclusively published by Mondadori, the largest publishing company in Italy. These mysteries were published with dust jackets featuring a yellow color scheme; “giallo” is Italian for yellow, and over time the word came to mean any mystery or detective story, but especially those which included horror or thriller elements. Phenomena is not a giallo picture in the way that many of Argento’s works definitively are or even Suspiria arguably is; although there is a mystery at its core, the crimes cannot be solved by the audience, making this much more of a slasher movie than other entries in the director’s canon, which may have contained elements of the slasher genre but were narratively focused on investigation. Running throughout the film is an undercurrent of terror, which is paired with distinctly beautiful imagery to create a film experience that is more haunting than inquisitive.

Jennifer Corvino (a young Jennifer Connelly, one year before her star-making role in Labyrinth), the fourteen-year-old daughter of a famous American actor, has been sent to a boarding school in Switzerland while her father spends the next year shooting on location in a remote part of the Philippines. She arrives just eight months after the beginning of a spree of murders of young girls about her age, as she is warned by her roommate, Sophie (Federica Mastroianni). Meanwhile, entomology professor John McGregor (Donald Pleasence) is assisting Inspector Rudolf Geiger (Patrick Bauchau of The Pretender) in the investigation using his knowledge of insect life cycles. The wheelchair-bound McGregor is himself attended by a monkey nursemaid, Inga (Tanga). After she meets school chaperon Frau Brückner (Daria Nicolodi) and the school headmistress (Dalila Di Lazzaro), Jennifer is revealed to suffer from bouts of sleepwalking, exacerbated by the eerie local mountain wind, which local superstition states causes madness; furthermore, she has an unusual bond with insects, bordering on telepathy. This fascinates McGregor, whom she meets after sleepwalking away from the school and ending up near his home. As more girls begin to disappear, Jennifer’s fellow students increase their bullying to the point that she unconsciously summons a swarm of flies that surround the school; when she overhears that the headmistress plans to put her in a mental institution, she escapes and takes refuge with McGregor, who enlists her and her supernatural powers in his pursuit of the killer.

Despite the murders on display (and depending upon each person’s individual threshold for insect imagery), this is the movie that displays a characteristic that we don’t often use when referring to Argento: Phenomena has a lot of charm. Connelly is a magnetic actress, and even Jennifer’s brattier moments don’t render her unlikable, especially given that the circumstances under which she finds herself would fray the nerves of anyone, let alone a child. Pleasence is also great here, demonstrating a warmth and tenderness that he didn’t get to show as Blofeld or Dr. Loomis. It’s also great to see Nicolodi given the chance to play a completely different character than any that she has before, and she is genuinely menacing when the script calls for her to be unsettling. The murderer, despite prosthetics that look dated by modern standards, is legitimately freaky and scary, and allowing the protagonist to come out ahead because of her innate powers, rather than triumphing over the otherworldly powers of others, is a fresh idea for Argento, and it works quite well. The soundtrack features some noticeably jarring missteps, most notably when scene changes are accompanied by sudden quiet, but this works in the movie’s favor as a discomfiting element just as often as it serves as a detractor; others have taken issue with the presence of Iron Maiden and Motörhead on the score, but I find it appropriate in the way that it sets the nerves against each other. The worst thing I have to say about this movie is that it never got a sequel; of all Argento’s works, it’s the one that is both best suited for and most deserving of one. Sure, there are some moments that are silly (Inga’s rescue of Jennifer at the end is particularly bizarre, although I love it), but overall, this was even better than I remembered. Track it down and watch it!