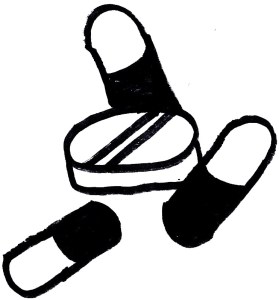 Sarah Silverman is somewhat of a required taste as a comedian. Personally speaking, she’s one of my all-time favorites. Her Liam Lynch-directed stand-up special Jesus is Magic & her sadly defunct sitcom The Sarah Silverman Program are among my favorite examples of their respective mediums, but they have more of a small cult status than a widespread appeal. A small role on the television series Masters of Sex & the recent mental illness drama I Smile Back, however, have revealed that Silverman has a much more universal appeal as a dramatic actress. She’s downright Julianne Moore-esque in her ability to convey utter devastation through mere body language, an incredible talent considering how much of her career has been rooted in the other end of the entertainment spectrum.

In I Smile Back, Silverman plays a frustrated housewife suffering from anxiety, depression, and chemical dependency. Her mental illness inspires rash behavior she can barely control or keep under wraps – drug & alcohol abuse, adultery, inappropriate modes of masturbation, body image issues, and the impulse to duck her lithium prescription in favor of her self-medication routine. As she makes one self-destructive decision after another all you can do as an audience is cringe, silently shouting “No! Stop! Stop it!” with no control over her behavior. She reacts similarly, immediately regretting each transgression, but unable to stop herself in the act. Completely detached from her own sense of self, she confesses, “I need to remember how to be a good wife and a good mother and a good person,” but her disorder consistently interrupts any moves she makes to reconnect with her past healthy behavior. I Smile Back‘s broken protagonist loves her children – perhaps excessively – but the responsibility of that love is too much pressure for her to handle. She confesses, “It’s terrifying to love something so much.” This pressure leads to a quiet, seething hatred she can’t control and various self-destructive modes of releasing pressure.

I Smile Back is not a particularly unique film as far as mental health dramas go. Hell, Gabriel is a better example of the genre from just earlier this year. There are some flashes of brilliance on the filmmaking end, especially when the pacing & sound design attempt to match the protagonist’s inner anxiety. An opening montage’s frantic, scattered, rapid-fire edits recall a depressive, unsexed version of Russ Meyer‘s work. Shots of Silverman’s protagonist stumbling down the drug-warped nightmares of her own hallways are extremely effective in adopting her POV (as well as recalling the classic short story “The Yellow Wallpaper”). I also appreciated the way the film focuses on how men in her life dismiss the severity of her illness by pointing out how “crazy” & “crazy hot” she is or demanding to know “Why does everything have to be such a big deal?” For the most part, though, I Smile Back is a no frills portrait of a woman with a chemical imbalance & a history of family members suffering the same.

The real story here is how vulnerable Sarah Silverman makes herself for the camera. For the film’s press tour she has been very vocal about her own personal struggles with anxiety & depression & how they drove her connection with the film’s source material novel, a sentiment reflected in early scenes of the character/actress examining herself in a mirror. Her soul is laid bare here. I’m not sure that the quality of the film matches the intensity of her performance, but she was still fascinating to watch. I’m glad that an artist I respect chose to push her boundaries in a passion project like this & I hope the emotional weight of what had to be an exhausting experience doesn’t discourage her from taking chances like this again in the future. Silverman was phenomenal, even if the movie wasn’t nearly as special.