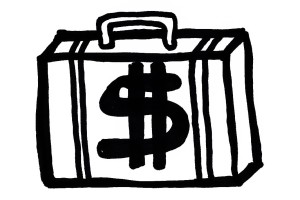 My expectations may have been a little too high for The Boss. I geeked out pretty hard last year when I finally caught up with Melissa McCarthy’s first feature film team-up with her husband Ben Falcone, Tammy, which I called in my review “the culmination of what McCarthy has been building towards since her long line of hot mess characters began in 2011.” That’s a lot for a sophomore follow-up to live up to, so it was unlikely that I was ever going to enjoy the McCarthy-Falcone production The Boss quite as much as I did Tammy. It’s a funny, serviceable, occasionally absurd comedy that McCarthy & Falcone obviously had a great time bringing to the screen, but it’s difficult to get too excited about the film because I’ve already seen them do so much better. There’s a darkness & go-for-broke inanity to Tammy that I feel is somewhat lacking in the much more restrained The Boss and the resulting film feels a little generic in its absence.

Part of the problem might be that The Boss takes a little too long to get rolling. The titular pure id monster Tammy is entirely recognizable as a complete character almost as soon as she’s introduced. The Boss‘s Michelle Darnell (a character McCarthy developed many years back in The Groundlings), on the other hand, requires a little groundwork. A product of group homes & orphanages, Darnell is a pull-yourself-up-by-your-bootstraps cliche that became a wealthy, deeply strange cocktail of Nancy Grace, Paula Dean, Martha Stewart and any self-motivation guru you could think of who would write a book titled Money Talks Bullshit Walks through sheer gumption & will. You have to wait for her to get to the top, get knocked off her throne (by some well-deserved insider trading charges), and then find a second life as an entrepreneur helming a Girl Scouts knockoff that sells treats for profits instead of charity (in blatant violation of child labor laws) before the film really gets rolling. There’s a good fifteen, twenty minutes of labored exposition required to get Darnell in full swing and once she gets there the quiet moments between her sadistically self-absorbed, petty line of dark humor soften the film’s punch & pace more than I’d like. There’s a movie just as subversively dark & self-deprecating as Tammy hiding somewhere in The Boss, but it’s noticeably bogged down & muddled in a way its predecessor wasn’t.

McCarthy is still funny here whenever she’s allowed fully misbehave & indulge in oversexed, money-obsessed misanthropy. The Boss also has a great back-up crew of small role supporting actors in Peter Dinklage, Cecily Strong, Kathy Bates, Kristen Schaal, and Neptune, Caifornia’s own Kristen Bell. Reno 911‘s Cedric Yardbrough has a wonderfully absurd, one-note bit role as a surreally agreeable yes-man named Tito that nearly steals the show, but isn’t given enough screen time to fully commit (there’s a moment at the climax where I was pretty bummed that Tito didn’t swoop back in on a helicopter to save the day despite the fact that it would’ve made very little sense narratively). Besides the talent on deck, The Boss also has a great central message about the value of camaraderie among women & the unexpected ways make-shift families can form around even the most undeserving. I like it okay as a generic comedy with a talented lead & a wickedly petty mean streak, but Tammy felt like a much more special moment in McCarthy’s career (not that it did any better with mainstream outlets & audiences critically-speaking). I like to think that this film was wish-fulfillment for McCarthy & Falcone, who obviously were proud to bring Darnell to such a wide audience, but that they have much more subversive, sadistic comedy work still ahead of them. I’ve seen them pull it off before.