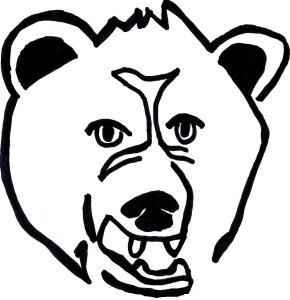 I’ve gone on record as not being a particularly huge fan of Jon Favreau’s Iron Man movies, but it seems the director might’ve learned a thing or two about how to deliver a big budget CG spectacle while helming that franchise. Favreau’s latest effort, The Jungle Book, is a “live action” remake of a Disney animation classic & marks the director’s most impressive work to date. I put “live action” in quotes because there’s really only one live action character here existing in a computer animated world, newcomer Neel Sethi as the protagonist Mowgli, which sort of positions The Jungle Book among nostalgia-inducing titles like Who Framed Roger Rabbit? and, less deservedly so, Cool World. The film intentionally cultivates this nostalgic lens through certain subtle details like a decades-old yellow font for the credits that look like they were lifted straight from an ancient VHS cassette. It’s a smart decision that eases the audience into a certain level of comfort & familiarity despite the state-the-art technical prowess on display. Again, Favreau seems to know exactly what he’s doing here, as if he’s seen it all before.

The story of The Jungle Book may be familiar to many audiences by now, but I’ve personally never read its Rudyard Kipling-penned source material & it’s been a good two decades since I’ve seen the Disney original, so I honestly didn’t remember jack shit about it going in. The only detail of The Jungle Book that was clear to me when I entered the theater yesterday was the character Baloo’s personal anthem “Bear Necessities”. Indeed, the modern version of this story doesn’t truly come alive until Baloo’s personal laid back huckster philosophy enters the scene. Early depictions of the lovable scamp Mowgli interacting with various animals of the jungle (after being raised by a pack of wolves like a little badass) range from cute to terrifying to majestic, but also lack a distinct personality & emotional pallet that Baloo brings to the table. The Jungle Book is a two-fold tale of revenge (one for Mowgli & one for the wicked tiger Shere Khan) as well as a classic coming of age story about a hero finding their place in the world, but those plot machinations are somewhat insignificant in comparison to the emotional core of Baloo’s close friendship with Mowgli (which develops a little quickly here; I’d like to have seen it given a little more room to breathe). So much of that impact rests on the all-too-capable shoulders of one Bill Murray, who delivers his best performance in years here (outside maybe his collaborations with Wes Anderson).

You might think that performance wouldn’t matter so much in a film populated with CG animals, but part of what makes The Jungle Book such a technical marvel is how realistic the animal faces are while still retaining the expressive qualities of the actors who voice them. The film essentially looks like those nature-themed t-shirts you can only seem to buy at national parks & gun shows come to life, but it’s the motion capture technology that adds a whole other layer of awe to the film’s visuals. Lupita Nyong’o is very sweet as the wolf mother Rashka who tells who tells Mowgli things like “No matter where you go or what they call you, you will always be my son.” Christopher Walken is wonderfully bizarre as the mythically gigantic orangutan King Louie (I’m guessing his uncomfortable turn as Captain Hook last year was a kind of dry run?). ScarJo & Idris Elba are both effectively terrifying in their respective roles as a murderous snake & tiger (with Johansson more or less combining her parts in Her & Under the Skin on her end). None impress quite as much as Murray does here as the con artist bear Baloo, however. Just look at his Harry and the Hendersons moment when he has to push Mowgli away despite his deep affection and you’ll find more pathos in those thirty seconds than most of the rest of the film could carry with all the time in the world. Murray has always been exceptional in his interactions with children on camera & his casting here was a brilliant choice that elevated the material greatly in terms of emotional impact.

That being said, I do feel there was somewhat of an emotional deficit at work here that made The Jungle Book more of a technical achievement than an all-around cinematic one. This was the most awe-inspiring depiction of talking animals I can think of since George Miller’s Babe (and one of the best depictions of animal coexistence politics since Babe 2: Pig in the City), but it didn’t quite reach Babe’s emotionally impactful penchant for drama. I could easily recommend The Jungle Book the same way I’d recommend a Hugo or a Dredd. You have to see this movie in the theater. You have to see it in 3D. I just don’t think it commands quite the same emotional weight as some of Disney’s more pointed work, with Zootopia being a great example from earlier this year. I should note that I might’ve been a little distracted by exceptionally poor movie theater etiquette at the particular screening I attended (screaming children, repetitive Facebooking, 4/20 bros acting unruly, the full gamut), but my emotional detachment from the film still remains true. It was beautiful to look at & Baloo made it fun, but I wish it had hit me harder square in the feelings.

It’s also worth mentioning, because it’s such an unfamiliar reaction for me, that the end credits for the film might’ve been my favorite part of the whole ordeal. The obnoxious crowd scuttled out of the theater & left me mostly alone with a beautiful pop-up book animation on a blue velvet background that made excellent use of the 3D technology on hand by playing with depth & scale. Walken’s weirdo performance also returned to serenade the (mostly empty) crowd with more New Orleans-inspired tunage and that oddly nostalgic yellow font returned to make me feel warm & fuzzy for reasons that are difficult to pinpoint. All that was missing was some extra Bill Murray content. It sounds kind of vapid to say, but the end credits in itself seemed to position The Jungle Book as a huge advancement in cinema’s visual tools, with encouraging implications as to how that advancement could be applied in a meticulously manicured art film (once it’s more affordable/accessible). The film was visually fascinating & at times wildly fun, but for the most part it just made me excited about the future of movies in general.